Read Mahé's own thoughts on his retirement on his blog here: The End.

In 2005 he moved to the single sculls, which he dominated to an unprecedented level for the next 12 years spanning three Olympic games.

Mahé and the late Simon Dickie are the only New Zealand rowers to win 3 Olympic medals. Internationally Mahé's record in the single is unmatched by any other athlete.

In 2018 he rowed in his first crew boat since the Athens Olympics, helping a young men's quad take home a close 4th from the World Rowing Championships in Plovdiv, Bulgaria.

In 2019 he joined fellow Olympic champion Hamish Bond in the men's eight. Mahé and the crew were successful at World Rowing Cup III where they earned a bronze medal, and they won the Grand Challenge Cup at Henley. This was Mahé's 7th Henley crown and it was the first time that New Zealand had won the prestigious eights race. The men's eight finished 6th at the World Rowing Championships, just missing out on Olympic qualification.

'Mahé's incredible career, full of phenomenal moments, is familiar not only to all Kiwis, but also to thousands of fans internationally. To summarise Mahé's contribution to rowing is near impossible, and I remain in awe of his achievements made across the last 20 years.'

'In recent years we have seen Mahé and wife Juliette's family grow to five, and they deserve to celebrate and enjoy time together following Mahé's announcement.'

Drysdale has won numerous awards during his long career. In 2009 he was the International Rowing Federation's male Rower of the Year. He won the Halberg Supreme Award in 2006 and was Sportsman of the Year in 2006, 2007, 2009, 2012 and 2016. He was awarded the Lonsdale Cup by the New Zealand Olympic Committee in 2009. Drysdale was made a Member of the New Zealand Order of Merit in the 2009 New Year honours.

NZOC Chief Executive Kereyn Smith thanked Drysdale for his contribution to rowing and the Olympic movement. "Mahé has created New Zealand history and inspired a generation with his standout Olympic performances."

"Aside from his achievements on the water Mahé has always been a leader within our team and within rowing. He will be missed and we thank him for his amazing legacy."

Mahé when reflecting of his career said "It's been an amazing journey. Rowing has given me a huge amount and shaped me into the person I am today. I went from sitting on the couch watching the Olympics in 2000, to realising my dream of wearing the silver fern and winning three Olympic medals."

"I wish to thank all those that have contributed to my journey, and rode out the highs and lows with me. I also want to thank the rowing community and the New Zealand public for all your support - I have taken huge pride representing you on the world stage and I hope I have made you proud."

Mahé and his wife, former Olympic bronze medallist rower Juliette Drysdale (nee Haigh), are the proud parents of three children, Bronte, Boston and Frankie, and will remain in Cambridge. 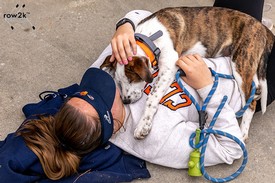 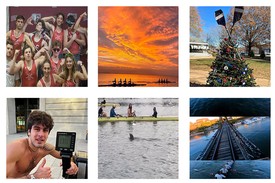 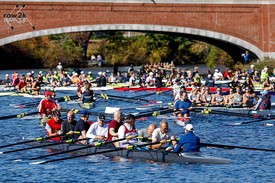