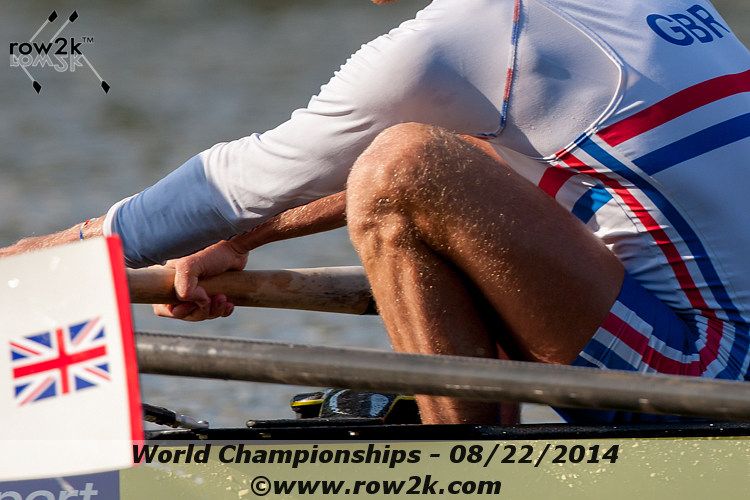 The British Olympic Association (BOA) has today announced 43 of the 47 rowers who will represent Team GB at this summer's Rio 2016 Olympic Games.

Olympic Champions Helen Glover and Heather Stanning return to defend their title in the women's pair while Alex Gregory will also look to defend his men's four gold from London 2012 - this time alongside Mohamed Sbihi, George Nash and Constantine Louloudis. Sbihi, Nash and Louloudis were all 2012 bronze medallists.

Zoe de Toledo will cox the women's eight who have already been crowned European Champions and world cup silver medallists in 2016. This crew features Frances Houghton who's set for her fifth Olympic Games appearance, while 2013 World women's pair champion Polly Swann will enjoy her first Olympic outing. Swann missed London 2012 at the last moment due to injury.

Team GB will have a strong sculling squad in Rio with London 2012 bronze medallist Alan Campbell racing in the single scull, while Jonathan Walton and John Collins will contest the men's double scull.

A group of 12 men's sweep rowers have been named in addition to the men's four and will form the men's eight, pair and two reserves. The group contains London 2012 and Beijing 2008 men's four gold medallists Pete Reed and Andrew T Hodge as well as London 2012 bronze medallists Tom Ransley, Will Satch and Matt Langridge.

Nathaniel Reilly O'Donnell and Mat Tarrant, who were world cup winners in Varese in early May, and Alan Sinclair and Stewart Innes - silver medallists at the European Championships last month - will race the men's pair in Poznan in 10 days time. Both pairs will seek to prove their mettle as the additional Rio selections loom.

In addition, the final seats in the open women's double scull, women's spare and lightweight spare will be named in due course.

"I'm delighted to be able to welcome such a talented rowing squad to Team GB.

"The Olympic experience in this squad is hugely impressive and will no doubt be a valuable asset to the team in Rio de Janeiro. It's also great to see a number of rowers making their Olympic debut and demonstrates the strength in depth this sport continues to produce.

"Team GB have a proud rowing tradition at the Olympic Games and, whatever the experience level of the rowers, I am fully confident that the athletes selected today can contribute to that and enjoy a successful and memorable Games this summer."

"I am confident that we have a very strong team being announced today for Rio. We have had a few curved balls this season already with illness and have a final run-out at the world cup in Poznan next week before going to Rio. I am sure these will be a challenging but exceptional Games with a truly brilliant field of play for rowing at the Lagoa".

"There is a great sense of pride that comes along with Olympic selection. Heather and I have been working alongside our coach Robin with Rio firmly in our sights.

"When we are at the Olympics in two months time we hope to put in a performance that reflects the hard work of the last four years since London 2012. I feel ready and excited that it is time to compete at the highest level."

"I'm really proud to be announced as part of a strong Team GB rowing squad for my first away Games. I'm very much looking forward to seeing what we can do as part of Team GB in the next two months and especially at the end of our journey at the Lagoa in Rio."

The selected athletes are:

August 4 in row2k History
Get our Newsletter!
Enter your email address to receive our updates!