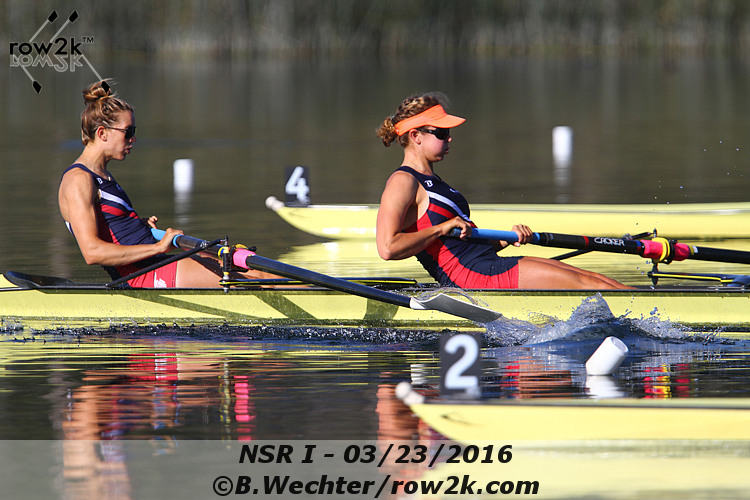 Seventeen crews are scheduled to compete at World Rowing Cup II in Lucerne, Switzerland, in what could be the last push for some to make one of the team boats the United States will send to the Olympic Games in Rio de Janeiro.

With camp selection announcements scheduled for June 20, 17 women and 13 men from the USRowing Training Center - Princeton are scheduled to compete May 27-29, along with three crews that have already earned their place on the 2016 Olympic Team.

In addition, four crews racing at the Final Olympic Qualification Regatta, which takes place May 22-25 in Lucerne, also are scheduled to compete, along with three U.S. men's single scullers not in contention for a place in Rio.

"We are looking forward to some very competitive racing in Lucerne," said Curtis Jordan, USRowing Director of High Performance. "This will be a very important step in our preparation for Rio."

Several of the USTC - Princeton women will race in two events.

London and Beijing Olympian Ken Jurkowski (New Fairfield, Conn.) and Thomas Graves(Cincinnati, Ohio) will compete in the men's single sculls competition. Jurkowski won the event at the 2016 Olympic and Paralympic Trials - Rowing in Sarasota, Fla., last month and earned the right to compete at the Final Olympic Qualification Regatta being held earlier in the week.

Graves, a three-time national team athlete from Craftsbury Sculling Center, finished second at trials and 20th at the 2016 World Rowing Cup I. 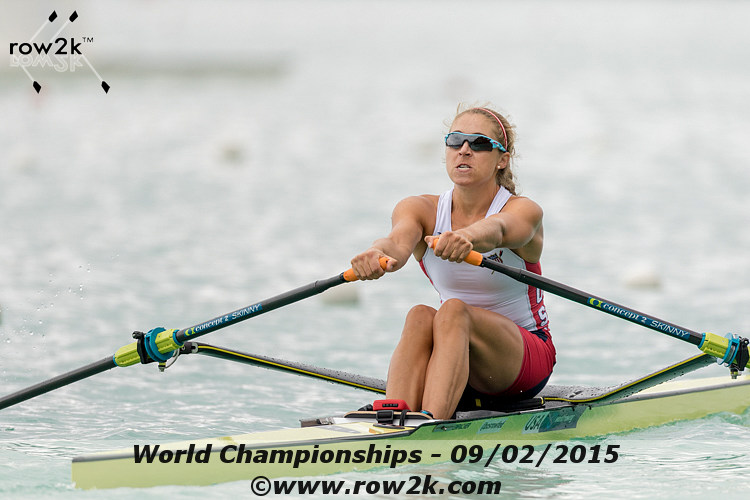 The U.S. will have two athletes rowing in the event. Both Hugh McAdam (Hollis, N.H.) and Austin Meyer (Cohoes, N.Y.) rowed at Olympic Trials. McAdam, who finished fifth in the lightweight men's quadruple sculls at the 2015 World Rowing Championships, finished third in his men's single semifinal, while Meyer, who has rowed on nine national teams from junior to senior, finished second in the lightweight men's double sculls.

Andrew Campbell, Jr. (New Cannan, Conn.) and Joshua Konieczny (Millbury, Ohio) won the lightweight double at trials to qualify for Rio. In 2012, Campbell also won trials in the boat class but missed advancing to London at the Final Olympic Qualification Regatta. An 11-time national team member, Campbell won consecutive under 23 gold medals and a senior worlds bronze in 2012 in the lightweight single. Konieczny qualified the boat for Rio with Campbell last summer and has rowed on four national teams.

"Andy and I are excited for the opportunity to race," Konieczny said. "It's a great opportunity for us to gain racing experience in an environment that will be very close to what we'll see in Rio."

Kate Bertko (Oakland, Calif.) and Devery Karz (Park City, Utah) won the event at trials and will be in Lucerne gearing up for a run at the medal stand in Rio. Bertko is a seven-time national team athlete who won bronze medals at the last two world championships. Karz helped qualify the boat class at the 2015 World Championships and has rowed on five national teams.

"Kate and I are excited to use Lucerne to get more racing experience," Karz said. "It's a great venue with a lot of competition to help gear up for Rio."

The U.S. has entered two women's pairs. Rowing in USA1 are Grace Luczak (Ann Arbor, Mich.) and Felice Mueller (Cleveland, Ohio). Luczak and Mueller won the event at National Selection Regatta I and can earn the choice of immediate placement on the Rio squad with a top-four finish.

Craftsbury's Willy Cowles (Farmington, Conn.) and Stephen Whelpley (Moquon, Wis.) won the event at trials and are scheduled to vie for a spot on the Rio team at the Final Olympic Qualification Regatta. Cowles rowed in the men's quad at the 2013 World Cup III and finished eighth. Whelpley is a two-time national team athlete and finished eighth in the quad at the 2014 World Championships. 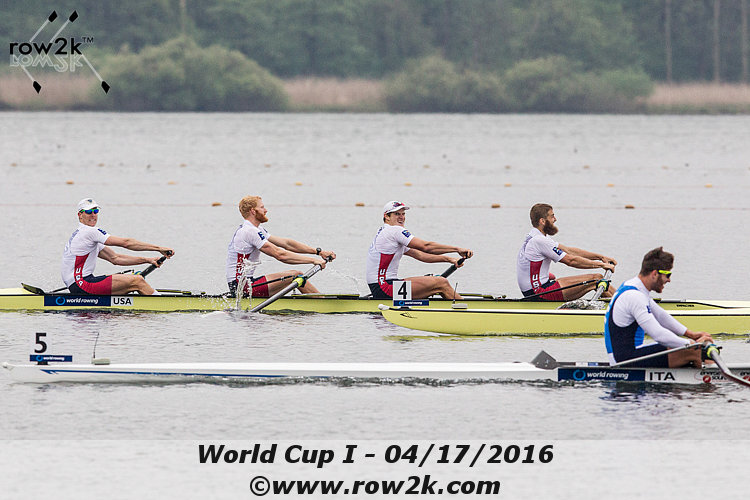 Seth Weil (Menlo Park, Calif.), Henrik Rummel (Pittsford, N.Y.), Matt Miller (Fairfax, Va.) and Charlie Cole (New Canaan, Conn.) won gold at the 2016 World Rowing Cup I. The newly formed lineup features two London bronze medalists in the event in Rummel and Cole. Weil has rowed in the four at the last three world championships, winning silver in 2014 and bronze in 2013. He was in the crew that qualified the boat class last summer. Miller has rowed in the eight at the past two world championships.

Rowing in this boat class will be Amanda Elmore (West Lafayette, Ind.), Tessa Gobbo(Chesterfield, N.H), Lauren Schmetterling (Moorestown, N.J.) and Emily Regan (Buffalo, N.Y.). Elmore was in the women's quad that won gold at the 2015 World Championships. Gobbo won gold in the eight in 2015 and silver in 2014. Schmetterling has won gold at the last three world championships, and Regan won gold in the eight in 2013 and 2015, as well as silver in the four in 2014.

All four have rowed on prior national teams. Davison has rowed on the junior and under 23 teams. Dann has been on six national teams. He rowed with five-time national teamer John Graves in the double at the 2015 World Championships and in the quad in 2014. Peter Graves rowed in the event in the 2012 Olympics, finishing 13th. 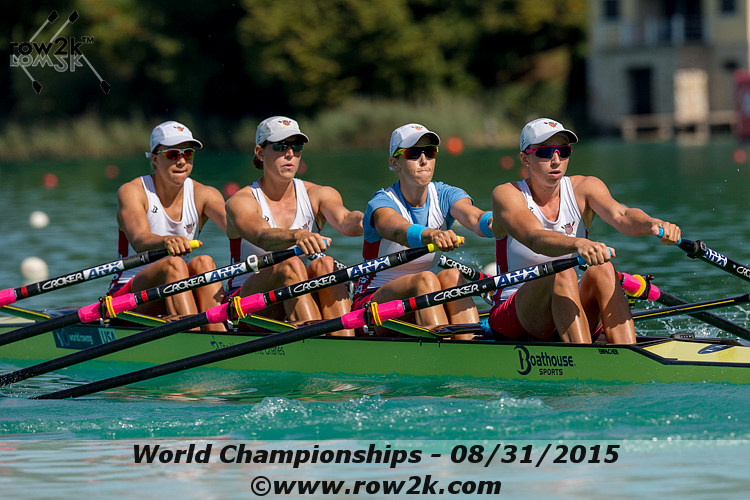 The U.S. will have two entries in this event.

Racing starts Friday, May 27, with heats.