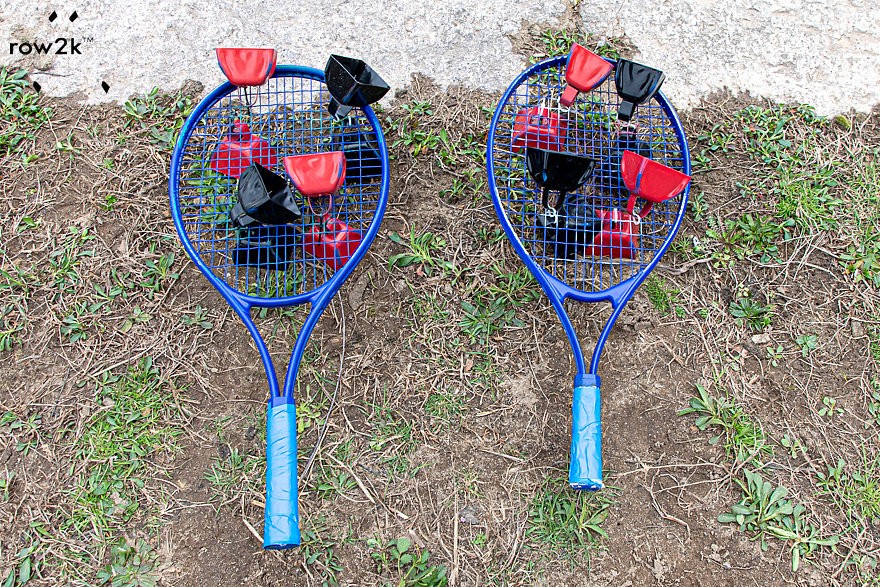 After over a decade of banning "artificial" noise makers at its Women's Rowing Championship, the NCAA announced an exception for a new type of device that will allow parents and fans to become "more engaged supporters," according to a release.

Starting with the 2022 Championship, slated for Sarasota in May, any parents equipped with what some are calling a "Rattle Racquet" and others have dubbed a "Racquet Ringer" will be able to cow-bell their favorite squad to a team victory.

This rule change is an abrupt about-face for the NCAA, who was quick to ban cheering aids after the 2007 Championships, when a boisterous group of Upper Midwest race fans added just a bit too much cowbell to the proceedings in Oak Ridge.

Each NCAA Rowing Championship since has been limited to polite applause and un-amplified crew mom voices, which quickly become hoarse over three days of racing.

When asked if the rule change was an acknowledgment that cheering is permitted and encouraged at other NCAA Championships--where trained and well-funded teams of cheerleaders are even known to use cone megaphones to amplify their encouragement--the NCAA indicated otherwise.

Citing the new sensitivity to the student-athlete experience that inspired recent NIL reforms, an NCAA spokesperson said that allowing parents to express themselves in less-fettered ways was part of an effort to let all championship participants have a fuller experience.

Plus, she said, this will keep venues more lively until NCAA officials can figure out the best way to incentivize schools to send their marching bands to a late May event.

As yet, there have been no indications as to why only this specific type of noise-maker has been approved, but some believe the NCAA may be looking for a way to patent the "Racquet Ringer" and make it an NCAA event exclusive, as an additional source of income.

Those wishing to make noise with megaphones, whistles, old fashioned single cowbells, and any other still-banned noise makers are reminded that the entire far side of the Sarasota course is a public park, free from rule enforcement.