USRowing announced today that the first Olympic rowing Trials, which were to be held from March 17-21 in Sarasota FL, are postponed, and there will be no National Team events scheduled for the next 30 days.

The second set of Olympic rowing trials are scheduled to start April 13, just beyond the current 30-day time period. The main complications of the postponement could be that many athletes were planning to compete in the first set of singles trials, and then perhaps regroup into doubles or quads for the second set of trials, as well as the timing of the selection of non-qualified boats that would need to go to Europe to try to qualify for the Olympics at the Final Olympic Qualifier in Lucerne, Switzerland.

USRowing High Performance Director Matt Imes told row2k that the organization is considering these factors as they review all options as they assess next steps, including feedback from athletes, information that should come out of FISA's next meeting on March 17, USOPC input, and more.

Imes emphasized that feedback from FISA is critical to the review, as any changes to the timing and structure of qualification opportunities in response to the changing footprint of the Coronavirus in Europe will factor into USRowing's assessment of the best way forward. Notably, the final qualifier is scheduled to take place in Switzerland, which neighbors Italy and is starting to show an increase in the number of confirmed Coronavirus cases.

Imes noted that the 2020 selection procedures were specifically constructed, heavily based on athlete feedback, to allow multiple avenues to make the team and have the greatest chance of success through to the Tokyo Olympics. This included timing the trials to allow single scullers options to create or vie for team boats after the singles trials were completed, as well as timing the trials such that any boats that needed to go to Europe to qualify their event had to prepare for the qualifier regatta.

"This led to the plan that we put in place for the timing between Trials 1, Trials 2, and then the potential for Trials 3," he said. "All of that still stands as we look to the future, and at present we are going to wait until FISA issues an update, which we expect on March 17."

The prospect of FISA not being able to stage those events is the most powerful factor in play, Imes noted.

"We hope there will be a decision on what they are looking at in the event that they lose those events, and how qualification will look for the Games," he said.

"For Trials 1, we tried to keep it viable for as long as we could, but finally decided we had to consider a pause, as is happening throughout the country and the world, and put the safety of not just our athletes but of the community as a whole, across the country.

"As we looked at the selection process we saw that we do have a little time; it will change things around but we are working on how it can work.

"There are multiple scenarios that could work based on what we find out next week," he said, noting that there may be different pathways for qualified vs non-qualified events. "And we want to get it right."

"We're going to talk with the athletes to see what they are thinking and what our options are from there, and then come up with what we hope will be the best pathway for people to be one, selected, and two, prepared for the Games."

As the country's response to the Coronavirus continues to evolve on a rapid basis, USRowing has been making decisions based on information from national and local agencies, health authorities, and in consultation with international, national, and local sports organizations. The health and safety of our athletes, officials, volunteers, fans, and event hosts has been our overarching priority, along with the importance of the national response to this pandemic.

With the information we have today, in consultation with the USOPC and new information from local health officials, USRowing has made the decision to postpone next week's 2020 U.S. Olympic Team Trials - Rowing I in Sarasota, Fla., and will not run a National Team event for the next 30 days.

We understand the difficulties of making this announcement at this time and the disruption it puts on the athletes currently preparing for the event in Sarasota. Over the next several days, USRowing, the USRowing High Performance Committee and other invested parties will be discussing next steps as it relates to the selection procedures and process. USRowing will include feedback from athletes as we look at the process going forward. FISA will be making its next announcement regarding international events and the Olympic qualification process on March 17. USRowing will use this information in its planning.

During these difficult times, the balance between Olympic preparation and competition, the health and well-being of our athletes and overall rowing community, and our obligation to the national Coronavirus response will continue to be challenging. USRowing will continue to assess this daily in trying to meet those needs.

Note: As of Thursday, March 12, row2k set an internal policy not to send staff to any events requiring anything but short drives; the policy was created ahead of the Olympic Trials I, where we felt that going through airports and taking a flight into an environment where Olympic hopefuls were congregated was irresponsible at best. The policy has obviously evolved to include more than just the Olympic Trials, and will remain in place until further notice. 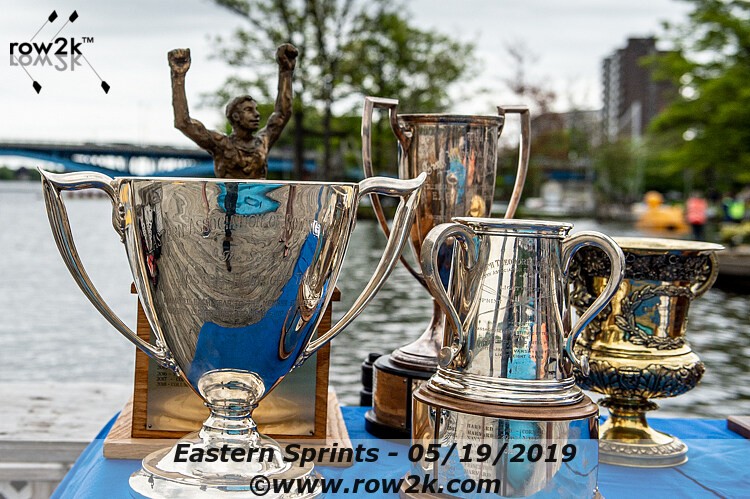 April 3 in row2k History
Get our Newsletter!
Enter your email address to receive our updates!