The A Most Beautiful Thing Inclusion Fund (AMBTIF), which launched this spring, just concluded a five-city nationwide tour that saw the distribution of 10 Hudson doubles, 50 C2 ergs, and 60 C2 oars (valued at a total of $300,000) and $150,000 worth of cash grants to support stipends for coaches of color, as well as grants for transportation, swimming lessons, and college readiness.

Over 2000 young people of color were introduced to the sport at the events, with many getting out on the water, on rowing machines, and meeting rowing celebs, local politicians, UFC fighter Uriah Hall, and more. 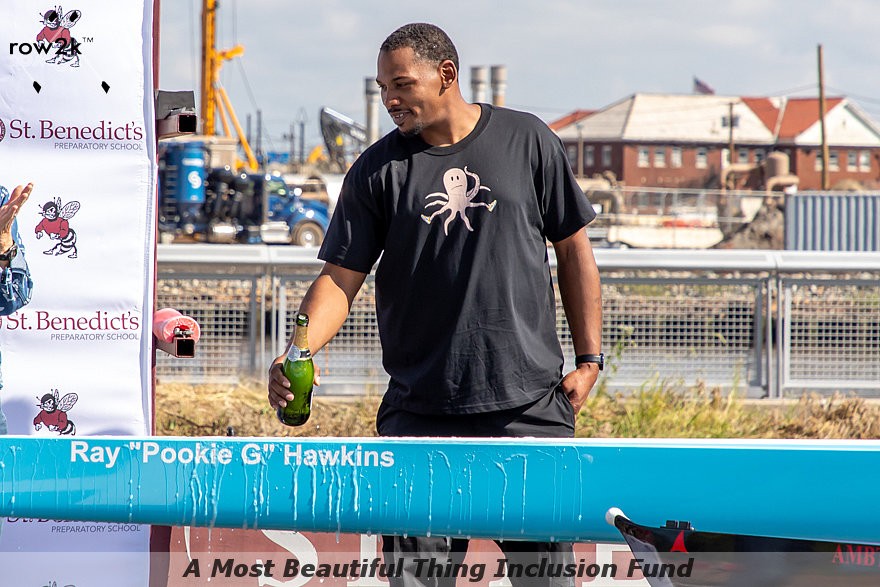 Malcolm Hawkins christening the boat for Pookie, who could not attend 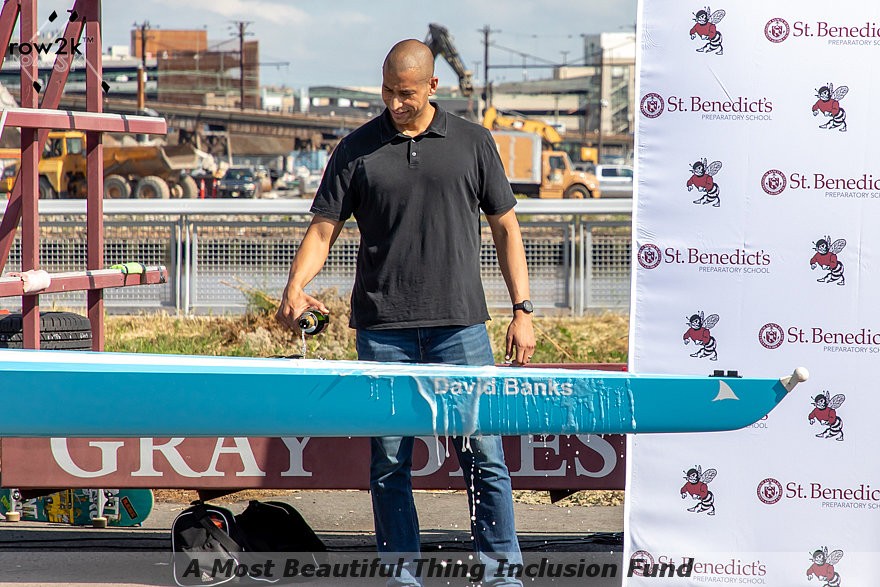 Hall, who appears in the A Most Beautiful Thing movie, spoke to young people, their parents and coaches, and supporters in Newark about being bullied relentlessly when he first arrived in the US from Jamaica, and about how scared he still is when walking the last 20 steps into the ring, and how to find your courage to do new things, and stick with them. 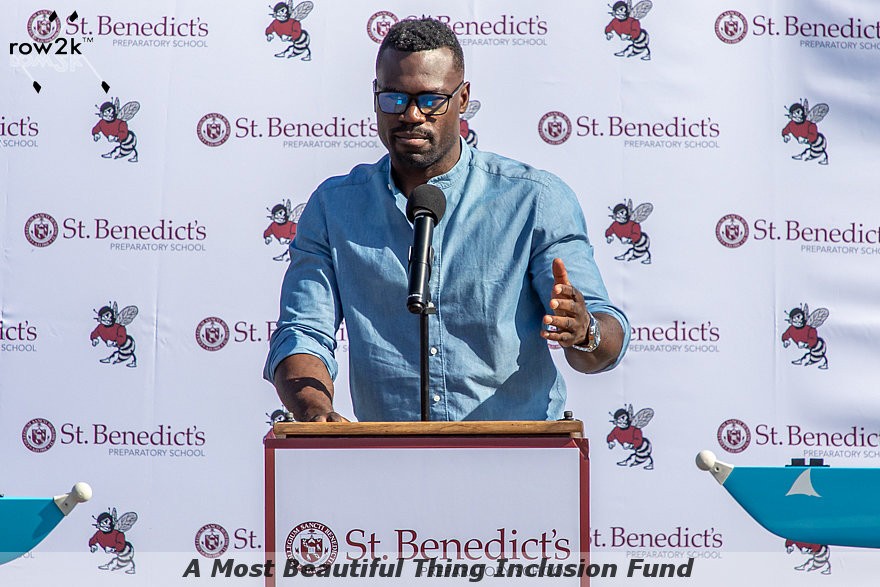 Cooper reflected on what he had experienced after the five-city tour ended.

"I remember when all of this was just an idea. Rowing teaches you to go after it. And that's exactly what we did," he said. "The emotions of seeing boats named after mothers, Olympians, and friends of color overwhelmed me in the most positive way. I watched the lights come on in every kid eyes who was coach by former Olympic coach Mike Teti and olympians of color. I ask most young people describe this feeling one word. Most said belonging. AMBTIF is creating Hope Without Borders!"

Teti has been traveling with Cooper to clubs and schools to 'coach the coaches' of AMBTIF programs, including a week coaching in Newark.

Patricia Spratlen Etem was a member of the 1980 and 1984 Olympic teams, and had a boat named for her at the Stockton CA AMBTIF event.

"Having club training and racing boats named after African American Olympians, beckoning the young, enthusiastic ethnically diverse rowers throughout the country to take up, and enjoy the beauty of rowing; is a glorious and inclusive welcome to the sport of rowing," she said. "It says to these emerging athletes 'you belong here,' this is where you, too can grow wings, dream big, build fitness, friendships, and the competitive insights to become a champion and to champion who you and your teammates are. It was an honor to have a boat named after me, I thank Arshay, the funders, and AMBTF Advisory Colleagues and fellow Olympians collectively striving to make rowing and boathouses around our country welcoming for and available, especially to Black, Brown, and Bi-racial kids across America." 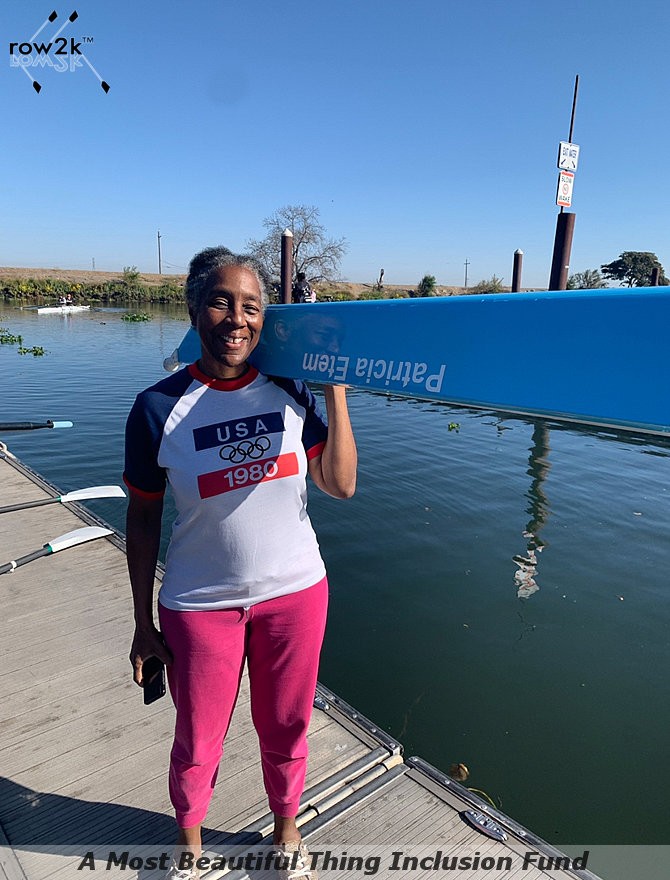 Abdullah, who had a boat named for him in Baltimore, reflected this week on attending events in Baltimore and Newark.

"This is it, this feels real," he recalls thinking. "These kids have a space where the sport of rowing seems like a place that they belong, and not only do the kids feel that way, but their families and community feel that way."

At least one of the programs took the opportunity to thank their longtime supporters as well; in Newark, Craig White, coach of St. Benedict's rowing as well as the founder of the proposed Brick City Rowing Club that is hoped to occupy the site of the AMBTIF event, took the opportunity to name and christen a heap of boats for parents of the students who had helped with all aspects of the St. Benedict's program over the years. 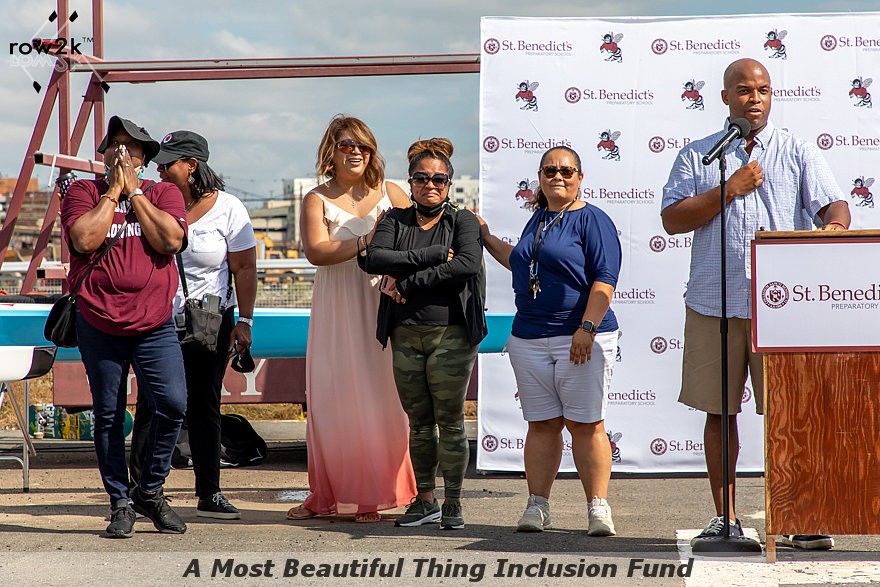 Throughout the ceremony, numerous boats with towels over the bow section were mingled among the doated boats. As the official program ended, White called several parents up to the podium, gave the athletes the nod, and dispersed to unveil the names of the parents on almost a dozen boats. Champagne flowed on the bows and tears of joy and appreciation streamed down faces; there's nothing quite like happy kids and parents, and we get to see of lot of that in rowing. See our gallery for many of the shells and dedicatees, as well as the subsequent row-by and short races on the Passaic River by the St. Benedict's athletes. 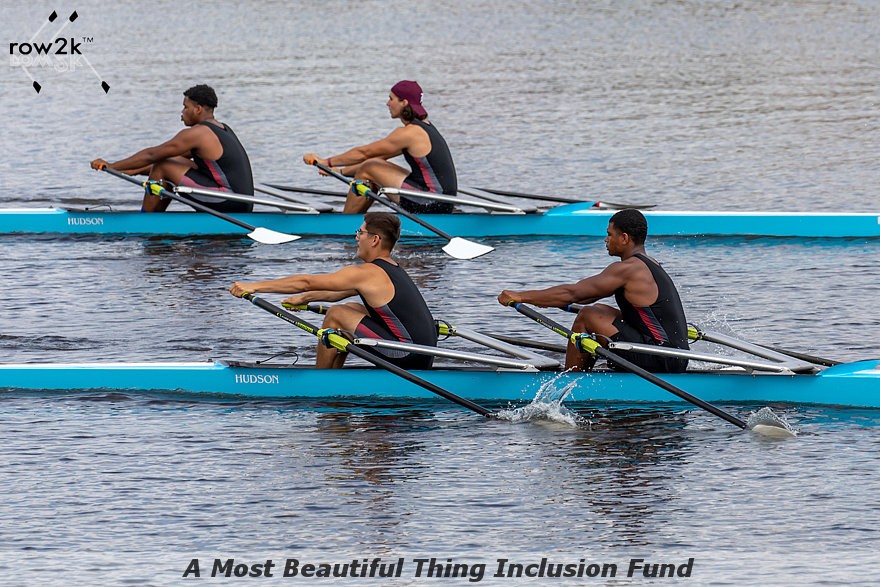 Maiden voyage for the new boats

In the aftermath of the events, an additional $650,000 has been raised so far by local stakeholders.

AMBITF hopes to introduce rowing to 10,000 young people of color across the nation the end of 2022; to help them reach that goal as well as support the overall effort, visit www.tinyurl.com/AMBTIF2021. 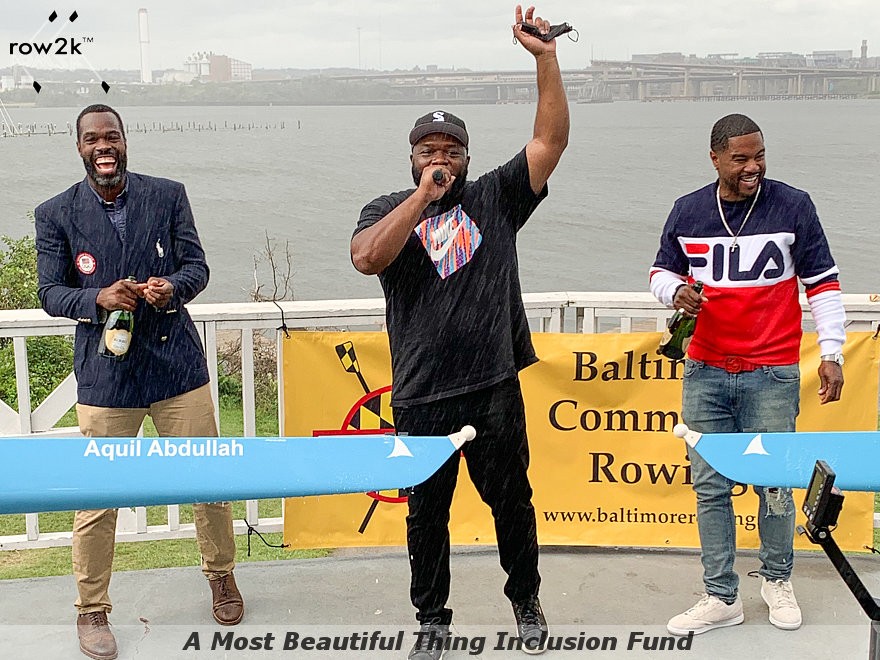 Aquil, Arshay, and Preston in Baltimore