World Rowing announced today that they have accepted the proposal of LA2028 to hold the rowing events at Long Beach Marine Stadium, the site of the 1932 Olympics.

"We have been working very hard with LA28 on the feasibility of an alternative to Lake Perris, which would be Long Beach and the Marine Stadium. As you know the maximum possible length (at this venue) for racing is 1500m, and the connection to the ocean generates a tide. We have carried out studies to address the challenges, the WR Council has finalized its analysis and has concluded to accept the proposal from the LA28 organizing committee. They will now continue to work with the city of Long Beach and the relevant stakeholders on formal application and approval."

In 1932, a full 2000m course was in place, but in the almost 90 years since, a bridge was built and docks and other structures were installed, shortening the available water to 1500 meters.

The original proposal put the 2028 rowing on Perris Lake, but this would require a satellite village, which among other issues has made the location less attractive.

Long Beach is also planning to host several Olympic venues and to develop facilities for handball, water polo, and BMX. In addition, marathon swimming, triathlon events, and sailing will take place along the Long Beach waterfront and Belmont Pier.

This week Rolland addressed the tidal movement on the course, stating that "the outcomes of the last study regarding the impact of the fairness between the lanes are very positive."

row2k spoke with Rolland about the venue in 2019.

"Of course we are concerned, because in rowing one of the fundamentals of our sport is that the effort should be at least a minimum of five to six minutes," he said. "So obviously, we don't like to shorten the distance; it's a different type of effort.

"We will not need a sub-village for the athletes, the athletes will be able to stay at the Olympic Village," Rolland said. "So we have to consider all these aspects, but obviously the sport's elements are critical and we will be very, very careful to look at it at this point."

Rolland also said that any fear that by making the change for 2028 would leave FISA open to more permanent changes in distant or format is unfounded.

"We're not making any steps (to future distance changes)," he said. "To be honest, we know the fundamentals of our sport and we know the specificity of the effort has to be a minimum of five minutes.

"But we also have to consider this very specific element and proposal from LA28," he said. "It doesn't mean we will change our rules, but for this specific Olympic regatta, we might have to make this bit of change."

Read our full report on the issues surrounding the course from 2019 at Short Course? The Long Beach Marine Stadium 2028 Olympic Proposal.

View the complete World Congress meeting here; to start at the section about the LA2028 venue, click here. 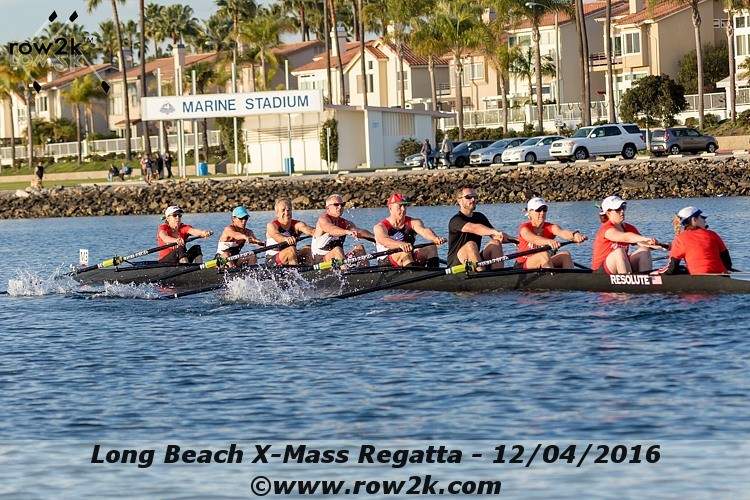