Peszek after winning the Olympic Pair Trials this year

USRowing High Performance Committee (HPC) Athlete Representative Tom Peszek circulated a letter announcing his resignation and the reasons thereof on Monday evening, citing debate and process involving the new Selection Procedures published by USRowing on Friday, which are in a comment period through October 29, 2021.

In the letter, which he sent to row2k, Peszek expresses concerns about access to information, decision-making, accountability, and possible conflicts of interest on the high performance committee. The letter is shown in full below.

The letter mentions Meghan Musnicki, the female Athlete Representative on the committee, who shared the following with row2k by email.

"I understand where he is coming from and was fine with him using my name (he asked for permission prior to sending it out)," she wrote.

"While I understand there are a lot of moving parts involved in what is happening with/at USRowing at the moment, I feel Tom's grievances are valid. Some of his opinions I may have a different view on, but where he mentions my name specifically, I too share in those frustrations. It is hard to feel like you can provide sound opinions/guidance if you are not looped in on all available information, particularly if you are the sole members of the group that are not in the loop."

HPC Chair Sara Hendershot responded to a request for comment by email on Tuesday.

"I was disappointed to see Tom's resignation from our High Performance Committee yesterday and sorry that we weren't able to reach a more productive conclusion together," Hendershot wrote. "I feel that the diverse set of athlete perspectives we currently have contributing to our HPC discussions is a healthy and necessary one in order to land on the best possible processes for athletes, and that included Tom's voice.

"His resignation letter is currently being reviewed by the Governance and Ethics Committee, led by Chair Marcia Hooper. They will speak to all the HPC members regarding the matter and present their findings to the Board, hopefully within the next week or so. What follows will depend on that report."

The HPC reports specifically to the Board of Directors, and not to administrative elements of USRowing.

As regards the noted bullying suspicions, it is not clear at whom the accusation is targeted, but we can confirm it is not in reference to any of the current or previous coaches.

"I don't want to name and shame, and I'll be very frustrated if some of the elements of the letter become a distraction from real issues of transparency and accountability," Peszek told row2k yesterday.

Previously, we published an interview with High Performance Committee chair Sara Hendershot, and reviewed some details of the proposed selection procedures:

Dear members of the HPC and friends in the rowing community,

Over the past few weeks, my voice and influence on the High Performance Committee have been severely diminished — II have been left out of important decision-making processes and have not been permitted access to critical information and documents related to elite rowing. These constraints have left me unable to fulfill my duties as Athlete Representative to the HPC, and therefore I resign the position.

Background
My training center teammates and other male athletes elected me to this role in December of 2017, shortly after being part of the men's eight that took the world by surprise in winning a silver medal at World Championships. My term on the HPC, as outlined by the bylaws, runs through the end of December of this year.

The USRowing bylaws are very clear on the purpose and mission of the HPC:

The purpose of the High Performance Committee ('HPC') shall be to define, in consultation with the national team's High Performance Director and coaches, the plans and programs for the training and selection of teams to represent the United States in international competition.

HPC Shortcomings
The past few weeks have left me unable to fulfill the above mission, as I have had almost zero influence on how plans and programs for our national team are defined.

Personal Accountability
In the aftermath of Tokyo, in which our athletes had solid personal performances across the entire team, I have not heard a single voice inside of USRowing that has been willing to take any amount of responsibility for the organization coming up short of its performance goals. I would like to rectify that by taking responsibility for one personal failure, in my role as HPC representative, that I wish I had handled differently.

During the summer of 2020, I had one clear and unanimous request from the entire men's training center: selection must be finished earlier than the prescribed June deadline. And to that end, after extensive lobbying and discussion, we achieved a general agreement across the HPC, HPD, and coaches that selection would be effectively complete by early April. I wrongly accepted the decision to not put that agreement in writing, and then compounded my error by offering no resistance as the early April target passed by. I firmly believe that, had selection been completed sooner, as requested by the athletes, at least nine members of the men's team would currently have Olympic medals to their names, if not the entire squad.

Though I do think the proposed selection procedures for 2022 are generally flawed, I am very glad to see that earlier selection dates are a key component.

Moving Forward
As I am no longer able to fulfill the duties that I believe this role entails, I will be shifting my energy and focus to boosting American high performance rowing in any other way that I can. I believe that many high performance clubs across the country have the ability to provide a large number of diverse athletes with a range of opportunities and resources. I'm excited to help any and all of those programs not only succeed, but provide the next generation of athletes with the high quality of life and athletic success they deserve. 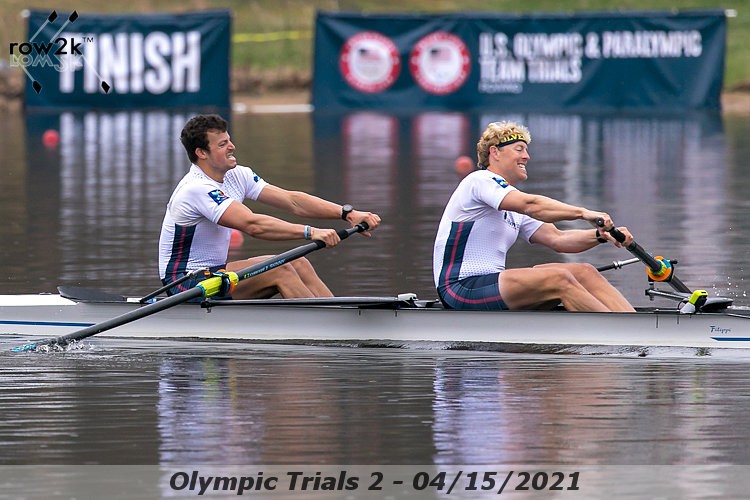