The California Rowing Club (CRC), in part in response to the changes at USRowing toward a decentralized, club-based approach to training and selecting the USA national teams, today announced the creation of an Olympic-level high performance program based out of the T. Gary Rogers Rowing Center in Oakland CA.

The program will be led by Mike Teti, who was the coach of the US men's team out of the same boathouse for the five years leading up to the Tokyo Olympics. Teti has 22 years coaching the US National Team, in which all 41 of Teti-coached crews made the finals, winning 28 medals, including 16 gold medals, per the CRC release.

The full release from the CRC follows.

The California Rowing Club is very excited to embrace the new athlete-focused model for USRowing. Qualified athletes who choose to train at the CRC will not only find exceptional coaching talent and the ability to train year-round, but also world class training equipment, physical therapy, and boathouse facilities. Athletes who train at the CRC will also be able to take advantage of all the resources the Bay Area has to offer. The club supports athletes who wish to pursue a professional career, alongside training at the highest level in pursuit of their Olympic dream.

California Rowing Club will also provide financial and wellness assistance to its athletes in accordance with and as facilitated by the new USRowing high performance plan and guidelines. Athletes who choose the CRC will be well-prepared and supported to represent and compete for the United States on the international and Olympic rowing stage.

"I am extremely excited to continue to train at the California Rowing Club," said Justin Best, two seat of the U.S. Men's Eight at the Tokyo Olympics. "Mike has built a great culture and set up a system that enables us to perform at the highest level. I am confident with him at the helm, we will continue to produce fast boats to compete both domestically and internationally. I cannot wait to see what we can achieve at this club, with the goal of securing medals at the 2024 Olympics and beyond."

"I feel incredibly fortunate to be able to continue my training here at the California Rowing Club alongside a group of talented athletes and coaches. I am excited to see what we can accomplish with Mike Teti as the head coach and the generous support of the Rogers Family Foundation," said Ben Davison, bow seat of the U.S. Men's Eight at the Tokyo Olympics.

"I trust Coach Teti and his years of experience to get me to a competitive international level. Not only his experience as a coach, but his experience as an athlete helps me pave a way to becoming successful. I am excited to continue rowing at the California Rowing Club for the upcoming years. Without them, the pathway to an Olympic medal would not be possible," said Mike Grady, three seat of the U.S. Men's Four in Tokyo.

Teti has long and successful track record in international rowing - both as an athlete and as a coach. He is a twelve-time U.S. national team member, three-time Olympian, was a member of the world champion men's eight in 1987, and Olympic bronze medalist in 1988. He began coaching in 1982 at Temple University and led Temple crews to six titles in seven years. In 1989, he became the freshman coach at Princeton, winning 5 IRA National Championships in eight years. In 1995, Teti coached the Men's Four to a gold medal at the world championship, and in 1996 coached the Lightweight Men's Four to a bronze medal at the Olympic games in Atlanta. Teti served as the Head U.S. Men's Sweep coach from 1997 to 2008. During those years, Teti's crews won 24 medals at the World Championships and Olympic Games, highlighted by back-to-back gold medals on three separate occasions, and a world record performance at the Athens Olympics in 2004 in the Men's Eight. Teti was inducted into the USA Rowing Hall of Fame as both an athlete and as a coach.

"I am extremely grateful to the Rogers Family Foundation for creating this opportunity for our athletes. I am also excited and encouraged to see how far we can go with this group of talented young athletes. I believe our athlete-centered approach at the CRC, in partnership with USRowing and the restructuring of their new high-performance model, will allow each athlete to control their path to the Olympic Team. I'm honored and humbled to help launch this new structure at CRC and I'm committed to help our athletes succeed," said Teti.

The California Rowing Club was a dream of the late T. Gary Rogers. An oarsman himself at the University of California Berkeley, he attempted to make the 1964 Olympic rowing team with fellow Cal oarsmen, but found few options for Olympic level training on the west coast. They were unable to fulfill their Olympic aspirations. The CRC will create the opportunity for others who accept the Olympic challenge to achieve theirs.

The California Rowing Club (CRC) exists to provide the development opportunity for collegiate rowers to make the step from university rowing to Under-23 and Senior National Team competition. Rowers from all across the U.S. and the world are welcome to join the CRC to develop technically and physically with the goal of progressing into their respective national teams. 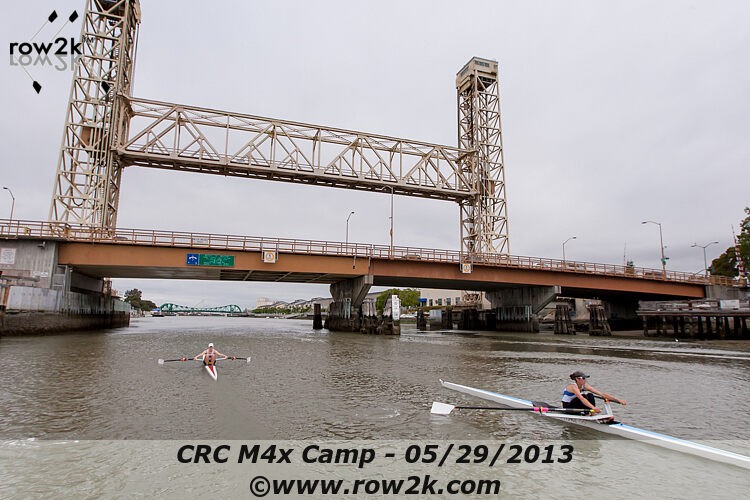