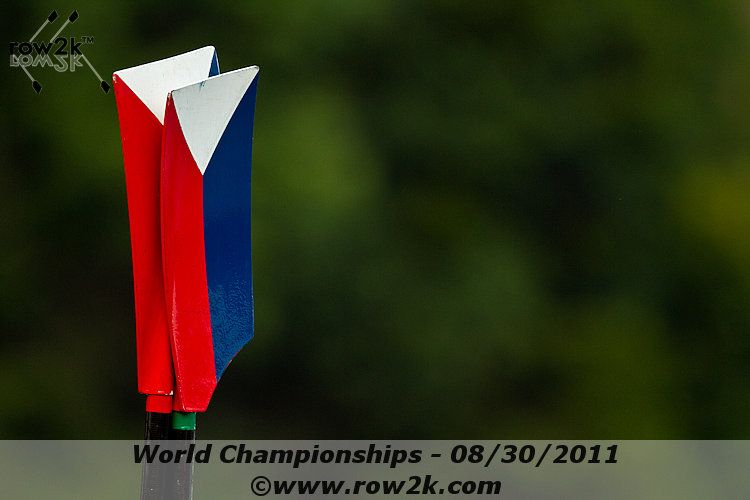 Months of internal debate and examination of the decisions and selection process leading up to USRowing's disappointing 2016 Olympics in Rio culminated Tuesday in the announcement that four USRowing board members had resigned and rumors that USRowing CEO Glenn Merry had been released.

On Tuesday afternoon, word filtered to the public through social media channels that board president Erin O'Connell, treasurer Gary Caldwell, and members Dan Herbert and Sohier Hall quit in protest; on Wednesday, the resignations became official with today's USRowing press release that read in part:

The release did not address the continued rumor and speculation that USRowing Chief Executive Officer Glenn Merry had been fired. Reached yesterday, Merry declined to comment in depth on the resignations or the future of the USRowing leadership, citing existing confidentiality agreements with the board.

"What I can say is that right now, today, I am still the CEO of USRowing," Merry said.

A Task Force formed and announced in October spent months conducting over 100 interviews and producing a 59-page report that detailed, in some fashion, the failings of the last quadrennial and put forth recommendations to the organization's Board of Directors.

The complete results are said to have been presented to the board at its annual meeting at the USRowing convention in Springfield, Mass. in December. But that meeting was closed to the public and the results have yet to be released to the rowing community. 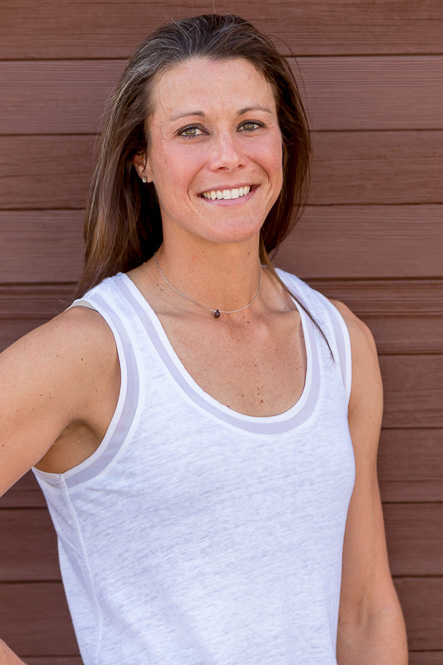 Over the past two weeks, the absence of the report's release was cause for considerable debate within the rowing community, in online forums and on Twitter.

"What apparently was decided was that the board needed time to digest the results before releasing them," said Gregg Hartsuff, who was on the study task force, but not on the board and not in position to contribute on how the recommendations would be presented and what changes might be proposed.

The report remains unpublished, but the findings and recommendations for action resulted in an apparent split among the 12-member board, leading to the resignations of the board members and conflicting reports on the fate of USRowing CEO Glenn Merry.

In conversations with members of the Task Force over the past week, row2k.com has learned that the report called into question considerable governance issues, including Merry's oversight role and that of the USRowing leadership during the Rio quadrennial.

Without making specific recommendations that Merry be removed by board vote, the recommendations detailed specific perceived failings in governance and avenues to take to correct the situation, those familiar with the report have told row2k.

"The only thing I can comment on was after a huge number of interviews, examination of documents, et cetera, the Task Force felt that all through the organization there was a lack of supervision and accountability," said Larry Gluckman, who participated in the study. "Whether that got to where some people say (that Merry should be fired), I have no idea, because I am not that close to it.

Hartsuff said he was also not surprised by the resignations and the reports that Merry has been removed. "There's been a fair bit of unrest for quite some time," he said. "So I guess the end result here isn't surprising me too much because some of the recommendations that were made.

"What is apparent to me now, though, is there was quite a divided board on it. There were people who felt very strongly that Glenn should remain. There are very, very differing opinions on who should be CEO and how the CEO should be empowered. Some people were happy with the way things have been going and believe that there is a base there to build on for the future.

"And then there are some who believe there was actually nothing worth saving and you need to scrap everything and start over," Hartsuff said. "This wasn't about Glenn so much as it was just about the model of governance that was used.."

In the Wednesday press release, USRowing did not address the situation as it related to Merry, but only addressed the resignation of the four members of the board who resigned.

"I am tremendously proud of the accomplishments of USRowing during my board tenure. While serving as chair these past three years, we established strategic goals and forged new partnerships to benefit our members," said O'Connell, who has served on the board since 2010 and was named President in 2014. "The time is right for new board leadership." 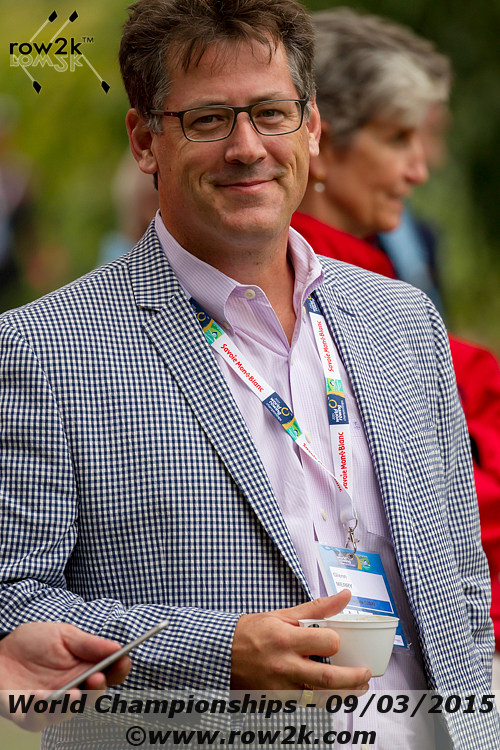 The release did not quote either Herbert, who joined the Board as the male At-Large Representative in 2012 or Hall, who has served as the Northwest Regional Representative since 2013.

"I have been fortunate to work with some great members of the board and with Glenn Merry and other terrific staff at USRowing," the release quoted Caldwell as saying. "I wish the association good fortune moving forward in 2017. It's clear to me that the rigors of college rowing administration combined with my retirement from coaching make this the right time to hand over my duties to a fresh set of eyes."

"As an organization, we are fortunate to have dedicated members of the rowing community like Erin, Gary, Dan and Sohier," said O'Leary in the USRowing release. "The time and work these directors have put into helping shape and lead USRowing is invaluable."

O'Leary, who has rowed in the national team women's double in each of the four years of the 2016 cycle, and finished sixth in Rio with teammate Ellen Tomek, joined the board as Female Athlete Rep in 2014. "The Board thanks them for their service and remains committed to delivering our vision and long-term growth strategy."

What happens with USRowing and the findings of the board will most likely not become clear until the Task Force results and board recommendations are released and become public.

However, news of a possible change on both the board and the USRowing top levels of governance began circulating immediately following the Olympics. The stated goal of the Rio cycle plan was to medal in more events than in London, with an emphasis on fewer of what were termed "supported" crews, with more events open to trials.

The men's team failed to medal at the Games, and two priority boats, the men's four and the lightweight men's four, did not qualify for the A final.

A few weeks later, the LTA Mixed 4+ won silver at the Paralympic Games.

Those who worked on the report and were interviewed by row2k have said there was "severe" criticism of personnel and actions at both the staff and director levels, including the coaching staff, the high performance directors, and Merry; of particular concern was the awarding of new four-year coaching contracts before the Rio Games began for the coaching staffs.

The intention of the contract extensions was to attempt to build a "solid foundation" for the future of the national teams, but with the poor results in Rio, those contracts became the subject of intense scrutiny. It is alleged that the contracts were awarded without consulting the USRowing High Performance Committee or the board.

Among other issues of focus were a need to improve retention of experienced athletes, a shallow pool of athletes identified as possible candidates for the senior team, identification and development of potential new athletes, a need for more active scouting in the college ranks, the creation of an environment where athletes are encouraged to find suitable employment and quality of life situations, and debate about training programs necessary for peak performance throughout the Olympic cycle.

Consideration was also given to changing the camp selection process and boat naming timelines to allow collegiate athletes more flexibility in deciding when to join the training center and selection camps versus participation in post season competitions like the Henley Royal Regatta, as well as a move away from weighted National Selection Regatta pairs results that would better suit the inclusion of newer, collegiate athletes with underdeveloped small boat skills.

Other areas under study were a shift away from boat priority for the men from the four to the eight. During both the London and Rio Olympic cycles, the men's team failed to qualify the eight in at the final world championships, and as a result had to endure an accelerated selection process, and then race for a place at the Games in the Final Olympic Qualification Regatta just months before the Olympics.

The inability to qualify an eight taxed both the athlete and coaching pools and created tense situations top to bottom within USRowing. Another contentious area debated centered on which boats should be supported with USRowing funding and which crews should be self-funded and chosen through the trials process.

"Through our work we discovered that the governance model used at USRowing, something called the Carver model, empowers the CEO to run the business for the board," said Hartsuff.

"Basically the CEO is charged with all the major decisions and hiring of staff and the overall leadership of the association," he continued. "I think Glenn did the best he could, but there were some decisions made that brought into question Glenn's decision-making matrix."

As the new leadership landscape becomes more clear, row2k will continue to track these considerable changes with our national governing body.

October 25 in row2k History
Get our Newsletter!
Enter your email address to receive our updates!