The 2020 Gold Cup Sprint Series will draw strong and deep fields across all event categories and reinforce the Foundation's mission to promote access, awareness, and inclusion to rowing. Events will feature newly crowned Olympic Champions, National Champions and Youth scullers. The 2020 Series will award $117,000 in prize money with a potential distribution of as much as $187,000.

"This year marks the 100th anniversary of the Gold Cup and we want it to be extraordinary" noted former Vanguard Group Chairman and CEO and current Gold Challenge Cup Foundation Chairman Bill McNabb. "We've not only expanded the races, but are reintroducing the Triple Challenge. This year's field will be the strongest ever thanks to overwhelming support from the US and international rowing community, our individual stewards, and corporate sponsors."

Philadelphia Gold Cup Challenge commissioned by the Schuylkill Navy in 1920 to recognize the undisputed World Champion in single scull rowing, is celebrating its 100th Anniversary. Current champions Emma Twigg (NZL) and Kjetil Borch (NOR) will defend their titles against other Tokyo Olympians. Prize money of $15,000 USD will be awarded to each Champion, $7,500 for each second place finisher, $3,500 for each third place, and $2,500 for each fourth place.

Gold Cup Triple Challenge, introduced in 2018, will be held again in 2020. The Foundation will be offering $50,000 in prize money to any rower, male or female, who places first in the marquee single sculling events: Henley Royal Regatta (Diamond Challenge Sculls and Princess Royal Challenge Cup), Olympics Single Sculls, and the Philadelphia Gold Cup race. The Challenge builds on the Foundation's mission to help raise the profile of sculling worldwide, in part by providing financial support to elite athletes in their training and development.

US Lotman Challenge was introduced in 2017 and will be hosted for the fourth consecutive year. The three leg format carries the distinction of being the only race offering a substantial cash prize to the top scoring US male and female scullers. The Foundation will continue to enhance the format for 2020 and will be announcing details soon. Prize money of $8,000 will be awarded to each Champion, $6,000 for each second place, $4,000 for each third place, and $2,000 for fourth place. 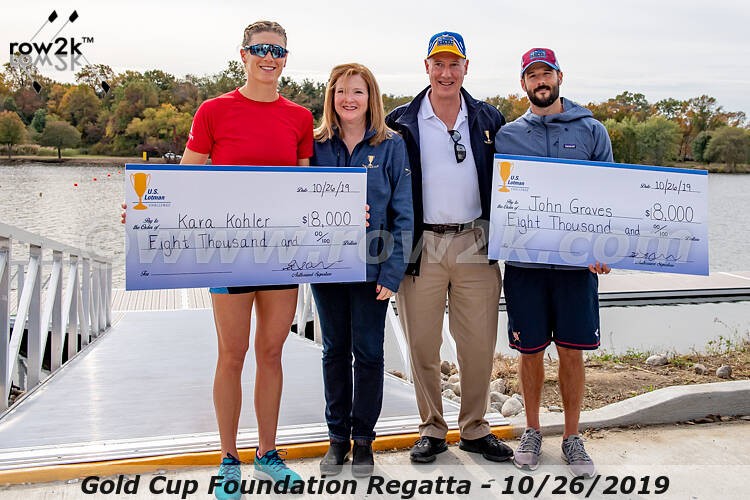 Blackwall Duling Challenge will return for its 2nd year, and highlight and promote adaptive sculling. Currently contested by US athletes, prize money will be awarded to the top four American male and female para-scullers. More details regarding selection will be communicated in the upcoming weeks. Prize money of $5,000 will be awarded to each Champion, $2,500 for each second place, $1,500 for each third place, and $1,000 for each fourth place. 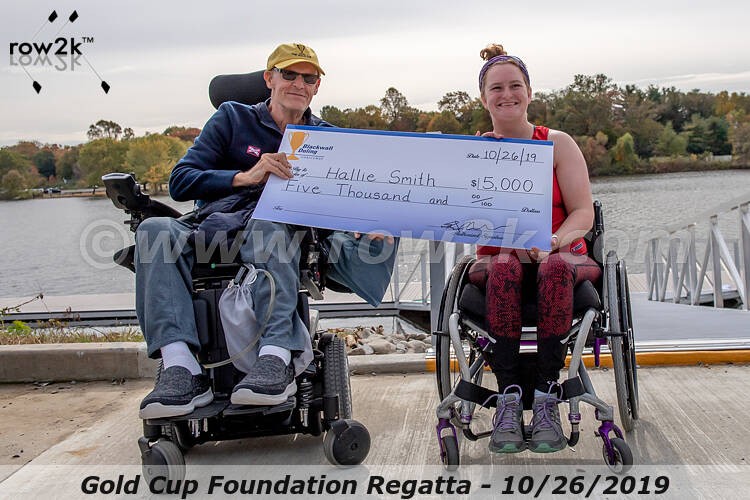 Hoffman Challenge will also be returning for its 2nd year. Named in honor of Coach Craig Hoffman, one of the most successful and recognized junior sculling coaches in the country. The Hoffman Challenge in 2020 will follow the inaugural regional focus, with junior single scullers qualifying through placement at the Navy Day Regatta. 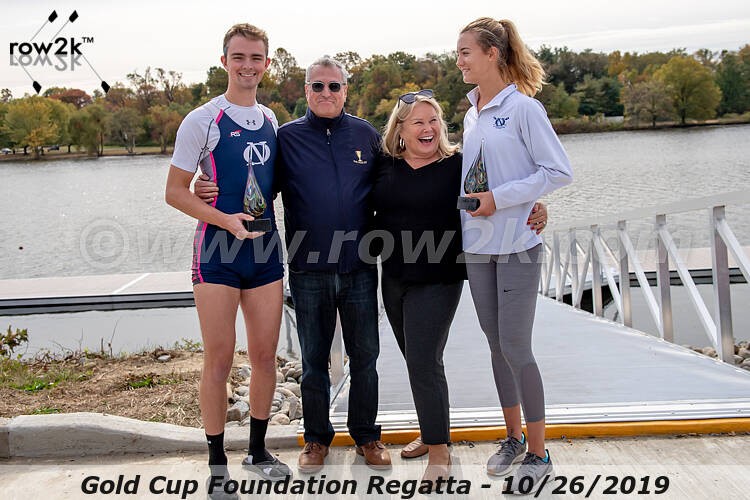 The Philadelphia Gold Cup Sprint Series format is a short course "sprint" race of approximately 750 meters. The race's shorter length is designed to foster close competition and down-to-the-wire finishes. The race course uses the middle four lanes of the Cooper River, and allows start-to-finish viewing by spectators from the river bank along the Camden County Boathouse.

Gold Challenge Cup History
The Philadelphia Gold Challenge Cup - Philadelphia Gold Cup race was commissioned by the Schuylkill Navy in 1920 to honor the undisputed World Champion in the single scull rowing. It pitted the world's best amateur male single scullers against each other in a sprint race on the Schuylkill River. John B. Kelly Sr., of Philadelphia's Vesper Boat Club, was the first recipient. In the mid-1960s the competition ceased and the trophy disappeared. In 1996 after a long absence the trophy was rediscovered and thanks to The Gold Challenge Cup Foundation the event reintroduced to its rightful prominence in 2011. Since its revival the competition has grown to include the world's top female scullers, para-adaptive athletes, and youth scullers.

March 31 in row2k History
Get our Newsletter!
Enter your email address to receive our updates!