Mercyhurst will go in the books as the winner, with a sweep of both the Eights and Fours races, but that will belie how hard they had to work for it, and how exciting they made both of the D2 Grand Finals as they improved on their runner-up finish here last year and won their first title since 2004. 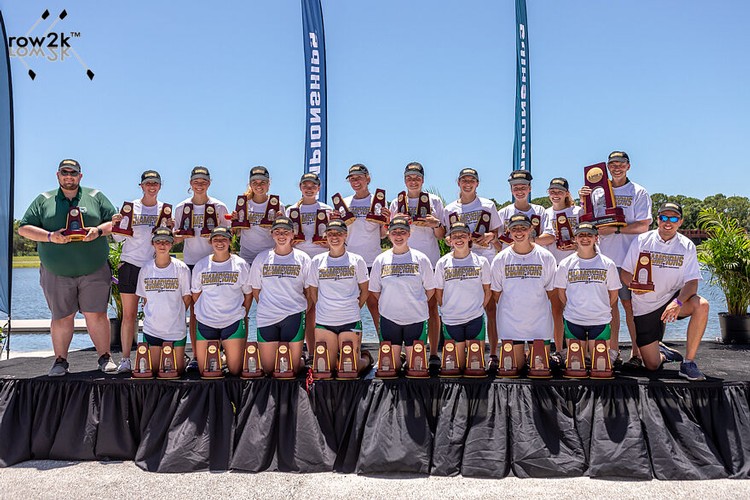 While Mercyhurst had a commanding lead in the point standings, the races themselves came down to a closed-water 2.1 seconds win by the Four and a stunning 0.03 second win by the Eight--both by crews that trailed as far back as third in the early going. You have to hand it to these Lakers: they know how to serve up exciting races, and exactly when and how to go in order to win them.

The day did not even promise to be all that dramatic: it started as really just a two horse race for the D2 title, with only Mercyhurst and Embry-Riddle making the Grands with both boats so as to have a shot at the team championship, but there were enough fast eights--with Western Washington and Jefferson--and quick fours--with Embry-Riddle and Central Oklahoma--to make the racing epic and exciting.

The first D2 Grand of the day really was the one best shot any team had at derailing Mercyhurst's pole position in the points race, and the Embry-Riddle Four did their best to take it. The Eagle's Four has been the program's flagship of sorts this season--winning the program's first Dad Vail gold ever just a few weeks ago--and they led the race for a long time in a bid to put a points gap between themselves and the Lakers. After weathering an early charge from a Central Oklahoma Four looking to play spoiler, as the only UCO boat to make a Grand Final, the Eagles fought to hold off the momentum of the oncoming Mercyhurst Four for the better part of 1800 meters. 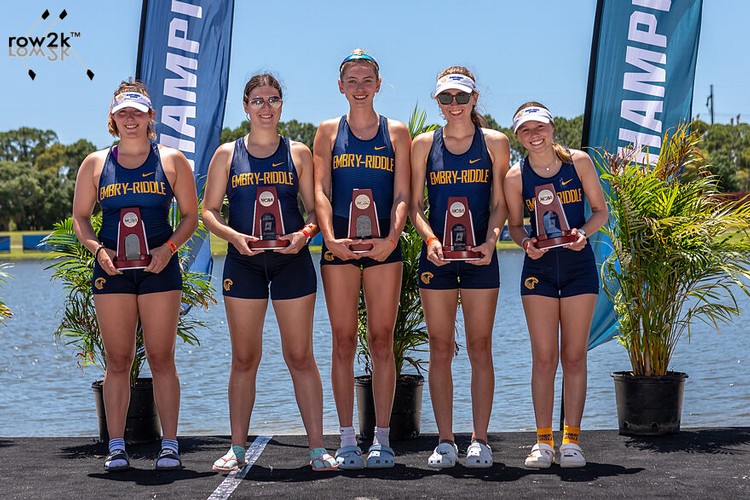 In the end though, Mercyhurst--a Four that had already pulled off one come-from-last-to-win effort in Friday's heats--was as relentless as they were patient. Not unlike the Friday race, which Coach Adrian Spracklen compared to a time trial in terms of its internal focus, Mercyhurst simply never stopped charging and broke ahead when it counted to put the Lakers in the points lead. 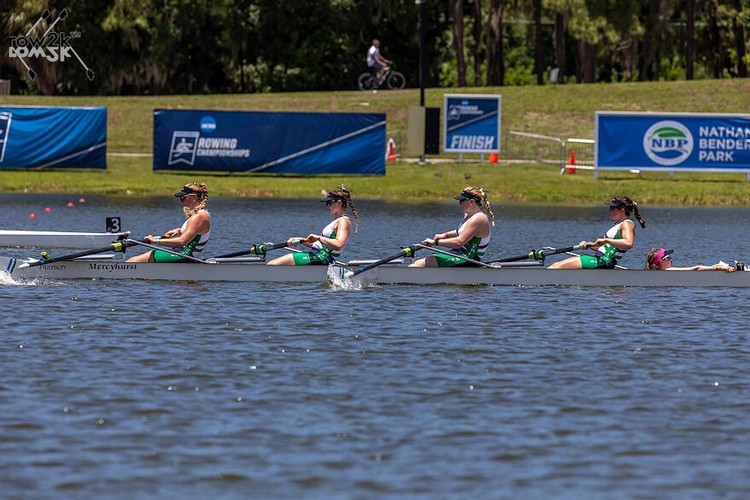 Say what you will about cliches, but when the last race of the day--for a championship no less--becomes a three boat, bowball-to-bowball (to bowball!) battle all the way to the finish line, then you really have saved the best for last.

On that final stroke of the final fixture, it was Mercyhurst by that 0.03 second, touching out Western Washington and Jefferson in that order, but all the way down the track Jefferson had boldly set the pace just ahead of WWU, and together they set a high bar for Mercyhurst. 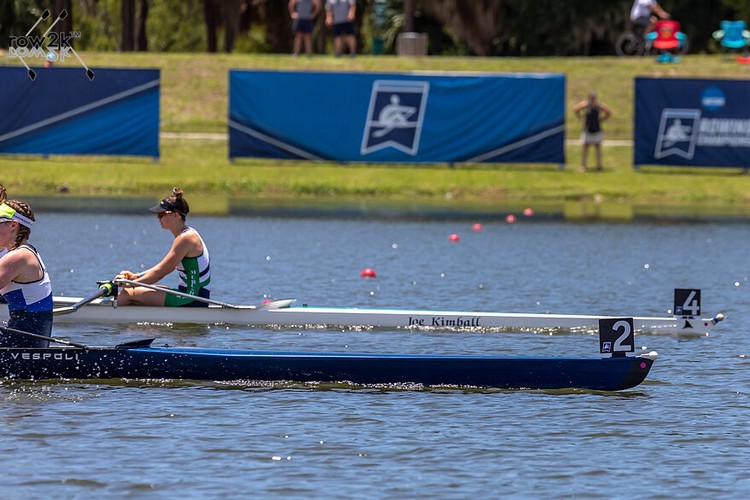 By a bowball in the Eight

Neither Jefferson nor WWU could win the team title, but they certainly went out to try and win the Eight race itself and, in the process, they made certain Mercyhurst truly earned its championship, and the Lakers responded by doing so the old fashioned way, by winning outright.

(Points-wise, Mercyhurst was headed for a championship as long as they didn't finish last, basically but who wants to win like that?)

Much like their four, Mercyhurst rowed a patient race, coming from the back to join Western Washington and Jefferson on the front, but they never shortened up or seemed to panic and they got it all dialed in perfectly on that last stroke to win it. 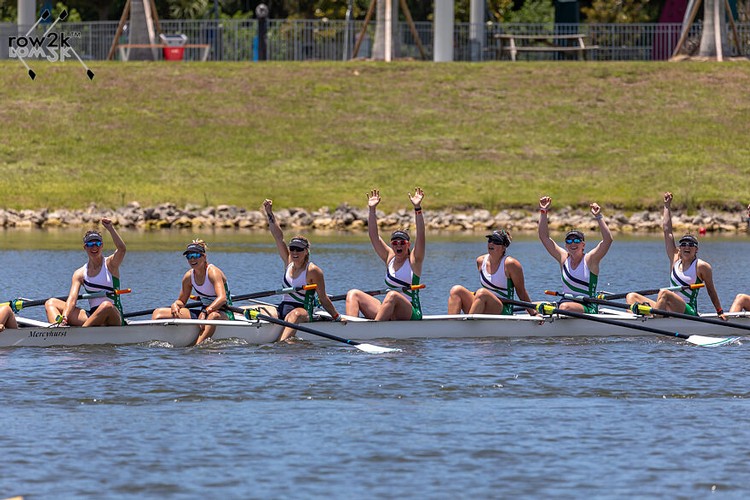 "Today was a special day and one that I will never forget," Spracklen told HurstAthletics.com. "In all my years coaching the performances these ladies put together was just outstanding."

"To win the way we did in two of the best races I have been fortunate enough to be a part of is just fantastic. Western Washington gave us all we could handle and I tip my hat off to them, what a race that final was."

"To win on the last stroke is by far the best way to win. I am so proud of everyone that contributed to us getting where we are because without them, we wouldn't be standing here as National Champion. What a fine group of women and I am so proud of them and to be their coach."

The team's seniors were pretty happy to have pulled off what they called their "triple crown," winning the Charles, the Vails, and now the NCAAs:

Hear from our three fifth years as they finish their careers as NATIONAL CHAMPIONS! pic.twitter.com/vV1sHcdsAl

A Championship that Almost Wasn't

row2k learned after the racing that Mercyhurst nearly did not make it to a bid at all this year: after a season shortened--as it was for many teams--by weather and other issues, their Four had a medical issue that prevented them from getting to the start in time at the Dad Vails. The crew was on the way to the start, but race officials did not communicate that to the starters. So when they ran the race without Mercyhurst, the team was left without enough races to qualify for an NCAA invitation. Fortunately, a petition saved their season and got them to Sarasota, but there's a national champion that almost did not get invited to the national championship - close one. 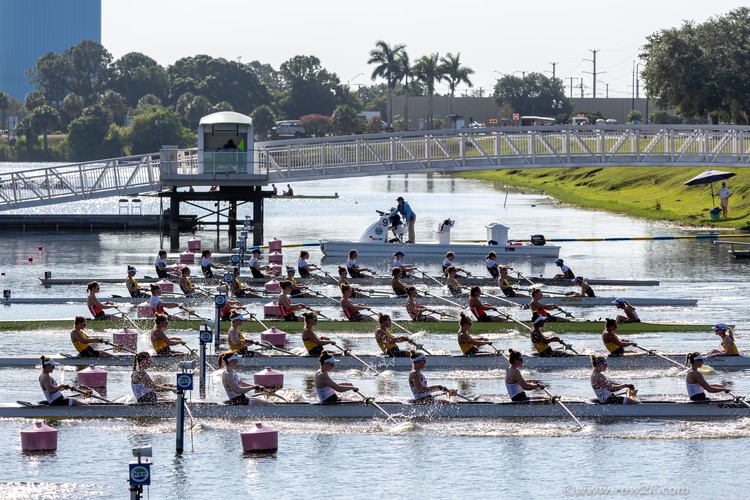