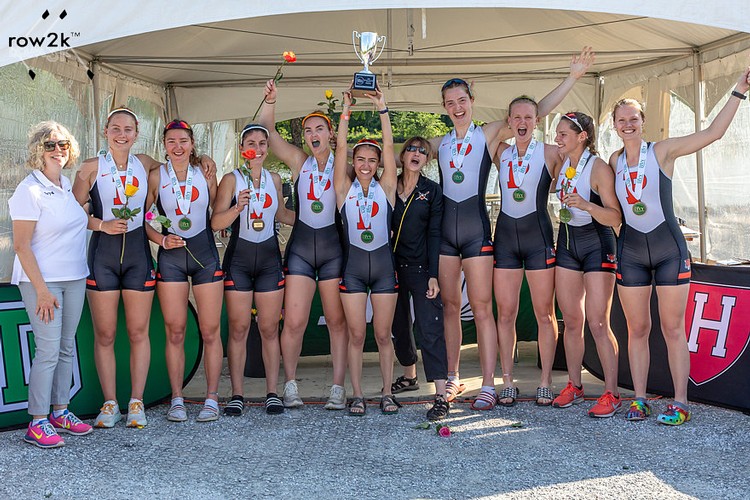 Short answer to a long story? Princeton earned the Ivy's automatic bid. As the top seed in the eight and with a squad deep enough to win the Four over Brown, the result might have been expected, but in a league that boasts 4 of the top 8 teams in the nation, the day was long on drama, even well after racing had ended.

All four of those well-ranked squads--#4 Yale, #5 Princeton, #6 Brown, and #8 Pennsylvania--wanted the same three prizes: the Ivy Championship, the automatic NCAA bid and the freedom from worrying over the next few days about whether their name would be called for an At-Large bid to join whoever might beat them.

At the end of racing in the three NCAA events, Princeton had gold in the Four, gone fourth in the 2V Eight--which Yale won wire-to-wire over Brown--and taken gold in the 1V with a devastating start that let them walk away early and build enough cushion that even a dogfight between Brown and Yale couldn't catch the Tigers' tail. 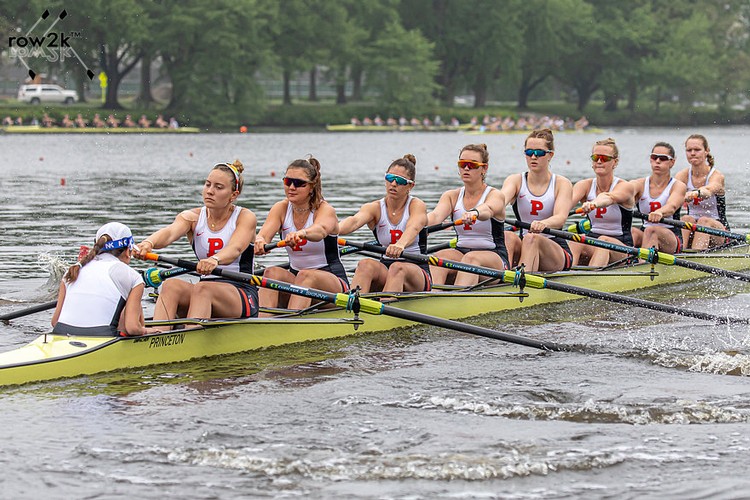 In the end, that was enough to send Princeton straight to NCAAs, thanks to a full team effort:

"I thought everyone did a great job," said Head Coach Lori Dauphiny. "Some of the boats exceeded expectation and, overall, everyone fought hard. It was exciting to watch and be a part of. It's been a challenging year, I think, for everyone, so in light of that, I'm super proud of what they did."

"We really came into it as a team," Dauphiny added. "We talked a lot about that and how important it was that all the boats step up to the occasion."

As the racing wrapped up, however, it was not entirely clear who had won: 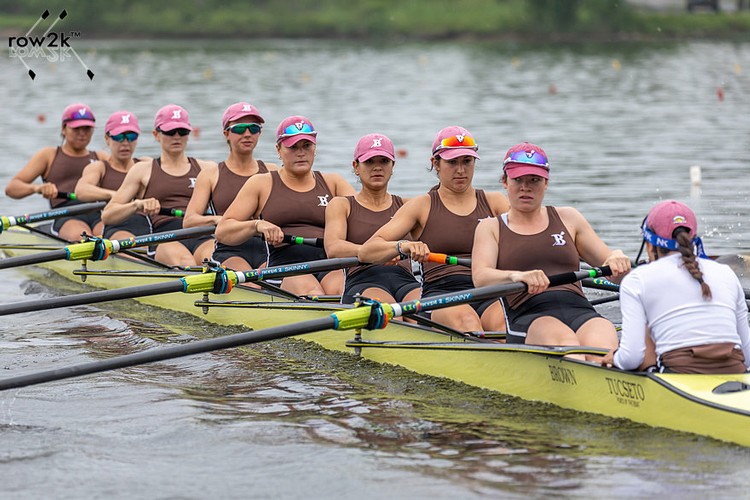 Any sense of the team results was thrown into disarray beginning with an announcement (loud enough to be heard on the other side of the river) within seconds of the V8 finish that Brown had surged ahead in the points, giving them the team championship. At some point in the next 15-20 minutes, the announcement was retracted, and really from then until the end of the awards, no one on site seemed really to know who won what, with teams and even coaches figuring out their position only when they were called to the podium.

In the end, even though the ESPN+ announcers--who had otherwise crushed it all weekend knowing their rowing, and who were clearly just given bad information--told the crowd, and all the folks at home, that "It's Brown"--it was actually Princeton. How? Well, because, the points for the NCAA bid only counts the results of the three NCAA events...and that tie--between Brown and Princeton--was won by the Tigers 1V. 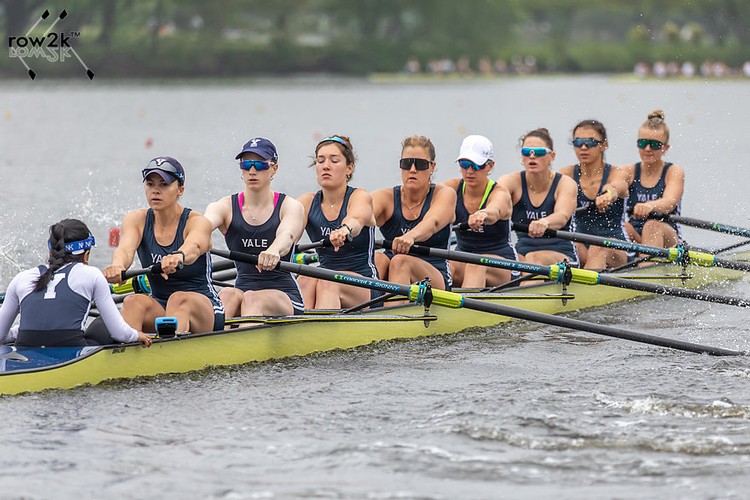 Back at our computers after racing, we learned that a similar situation occurred at the Big 12 championship, with the conference website showing overall points in all events-putting Alabama in 2nd-but no sign of the points tally in the NCAA events, where Tennessee was actually 2nd.

Imagine you are the Brown team and you and your coaches and your parents and grandparents all are told you won the whole thing, then are told well, no, you didn't, my bad--despite that NCAA bid being the crucial result of the whole regatta. We need to do a better job of this, folks.

Part of the confusion was the Ivy League does award two different points-based titles: the "you are going to NCAAs" points win for the 1V, 2V, and V4, but also the Chick Willing Trophy, which counts all the boats racing at the championship--a trophy that pre-dates NCAA rowing and bids, automatic or otherwise, going all the way back to the Lake Waramaug/Women's Sprints days, as you can see here.

The Chick Willing Trophy this year, with these deep squads, wound up as a three way Princeton-Brown-Yale tie--with, get this, no tie breaker, though no one could explain why. 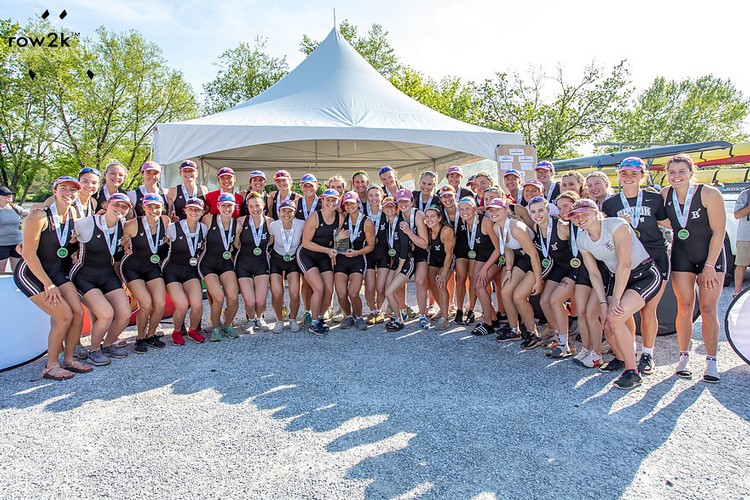 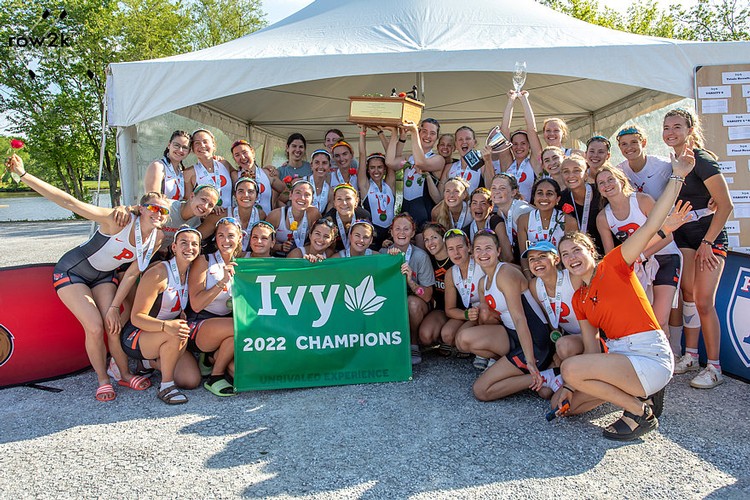 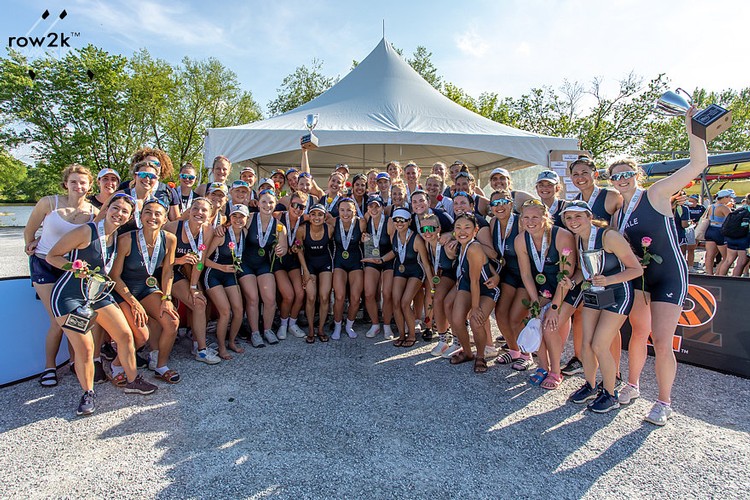 Oh, and the Ivies award a separate trophy just for the winner of the Varsity Eight, another pre-NCAA rowing tradition, and a callback to the days when the top eight was the champion, and no one really had to track points at all.

But that was the easy one: the massive Varsity Eight Trophy-modeled on one-time Princeton stroke and Olympic medalist Lianne Nelson-Bennion-went to Princeton, for simply winning. 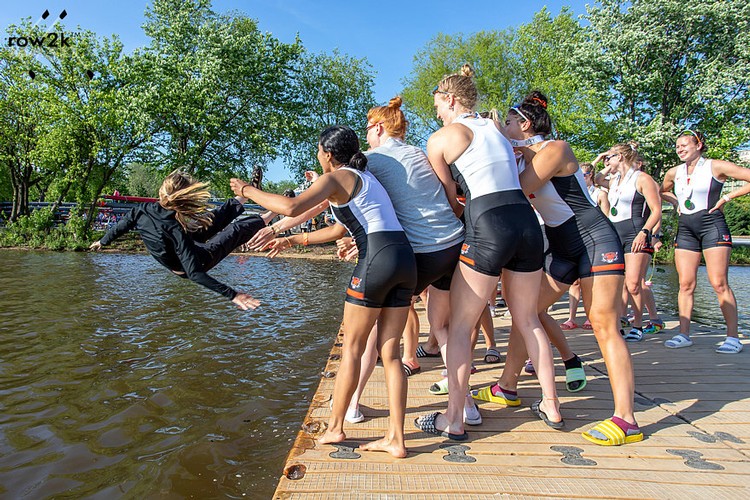 Coaches go in, too

Brown and Yale will certainly figure in this year's NCAA Championships as At-Large invitations, and #8 Penn performed well both here and throughout the season against ranked teams, like Syracuse and Duke (2nd and 3rd in the ACC respectively) but all three will be waiting now to see whose names will be called during the NCAA D1 Selection Show on Tuesday.

So, when Penn's Four ran into a pod of geese--hitting birds with both port and starboard oars--and dropped from running in what appears to be fifth in the video below to sixth in their Grand Final, Penn lodged a protest requesting a re-row of the event.

"Just a difficult and unlucky situation for our Four at a critical moment in the race," said Wes Ng, Penn's Head Coach. "NCAA selection is such a battle to present your best speed at the right time, and teams want to leave as few questions about their competitive record as possible."

"That's the way our sport is evolving, and the difference between 4th, 5th, and 6th in your conference championship in one boat could determine an NCAA bid," he added. "I hope the way we adjudicate championship finals rather than just progression to the finals evolves to match the specifics of D1 women's rowing." 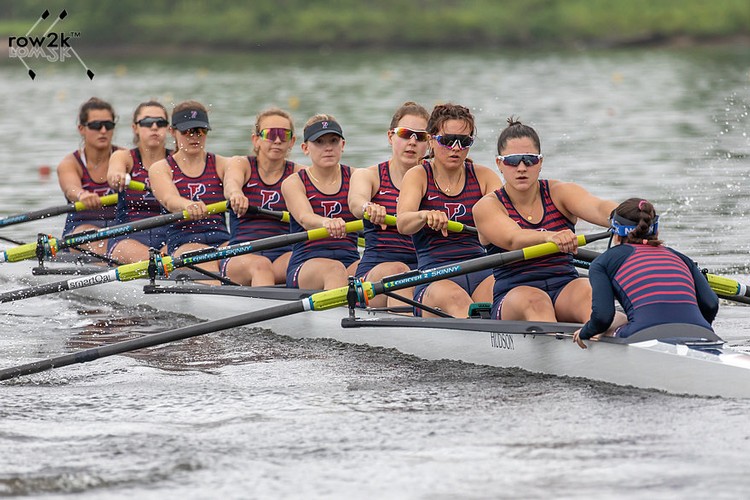 With no recourse to something akin to USRowing's misadventure rule and a full re-row of the race out of the question, the 6th place finish of Penn's Four had to stand.

"Nevertheless I'm proud of how our team performed at the Ivy Championship," said Ng at the end of a long day: "Earning a top 3 in the 2v and a close 4th to excellent teams in the Varsity is a big step in the right direction for our program."

ICYMI tough break for our V4A yesterday at @IvyLeague Champs...ran into some geese well into our third 500 when we were attempting to row into fourth. Slowed us up and we didn't have enough time to get the momentum back. The vagaries of our sport, right?#FightOnPenn ???? pic.twitter.com/VBL2WeILOF

That wraps up row2k coverage of all 11 Automatic Qualifiers- the rest of the D1 field for this year's NCAA Championship will be announced at 5 pm EDT on Tuesday 5/17 during the NCAA D1 Selection Show. 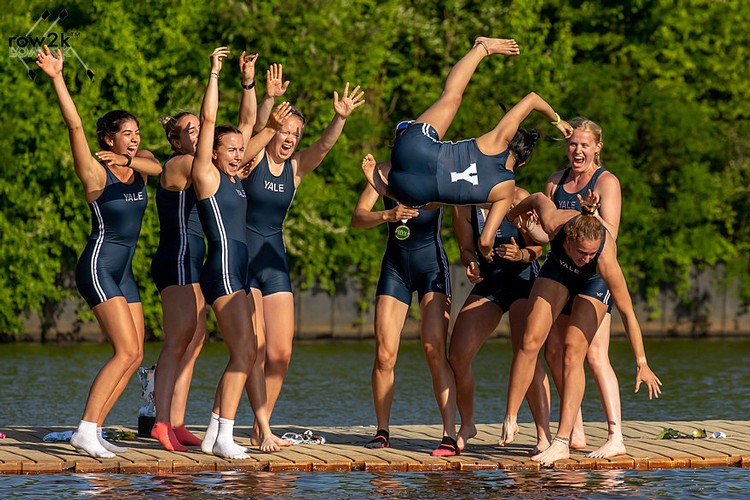