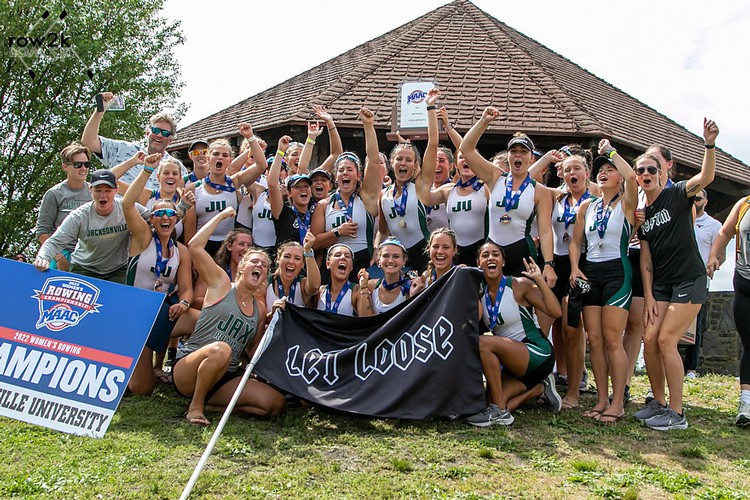 Jacksonville: Bringing Back the MAAC to Jax

The Cooper River hosted its final 3 conference championships on Sunday—in all 5 conferences have made the Cooper their home for championship season, so fully 42 teams converged on Camden throughout the weekend to sort out their automatic bids (AQs) for the NCAAs and make their cases for At-Large selections.

Ahead of the final championship for the Ivy League, the afternoon started with Northeastern claiming the CAA ’s bid and Jacksonville winning the MAAC. 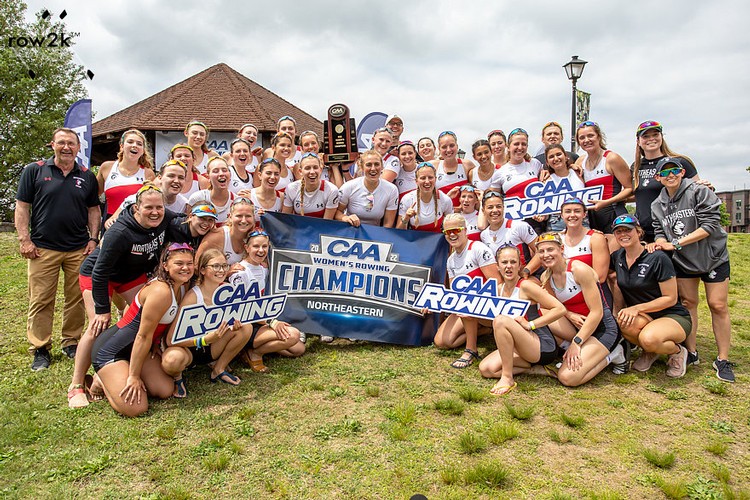 The first set of finals, in the intricate dance that running three championships at one venue in a single day becomes, featured the Colonial Athletic Association teams. Northeastern has won every CAA title in the AQ era save one (BU won in 2013 before its switch to the Patriot League).

This eighth title in a row did come easy: after winning the Varsity Four, Northeastern saw Drexel take the 2V eight race and the points lead—and then the Drexel Varsity Eight blasted off the line to take an early lead in the final race, the one would decide it all. 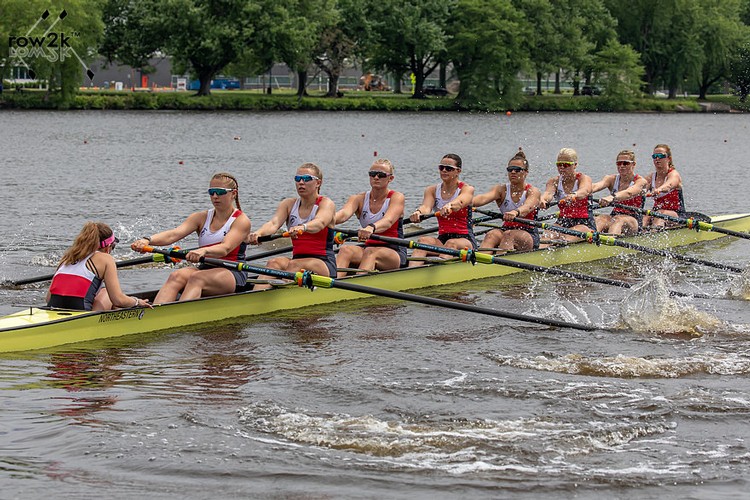 Northeastern’s Huskies weathered that blow, buckled down, and steadily rowed down and passed Drexel’s valiant Dragons, taking the title in thrilling fashion—and possibly earning precisely the kind of race experience that could prove useful at NCAAs in 2 weeks.

Now nine-time CAA coach of the year, Joe Wilhelm said this championship was a full team effort, when it came to having his student-athletes ready to win:

“I think the big thing is giving a lot of credit to our coaching staff and to our training staff for having our team ready to go today. It's been a year where every week we have to restructure lineups based on who's in and who's out. Part of it’s COVID, but part of it, just this week, was the flu. I think give credit to them: being able to really have the team ready at the right time of the year.” 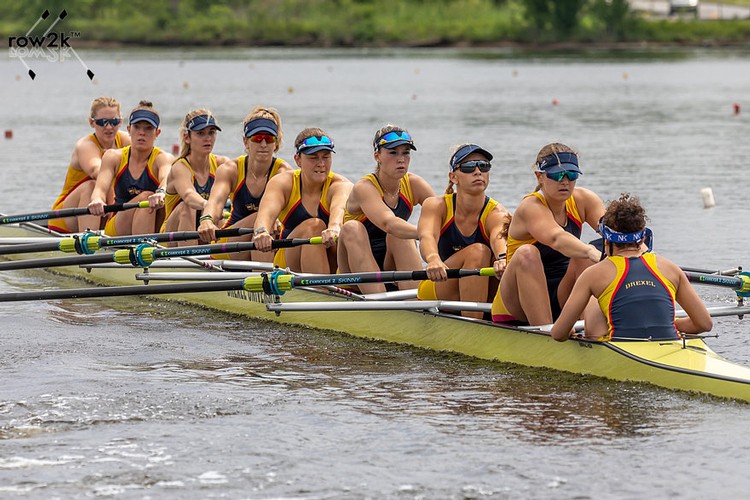 Drexel 1V, which had the early lead

Key to the victory was the Varsity Eight’s win, but the Four’s result really set Northeastern up to succeed on the day, according to Wilhelm:

“The championship is structured, it usually comes down to the winner of the varsity eight and today it did. But, in addition, the Four did a really good job. We've raced Drexel three times this year in the four, and they've won two, we won one. So it was going to come down to that and it really did: it came down to that result.” 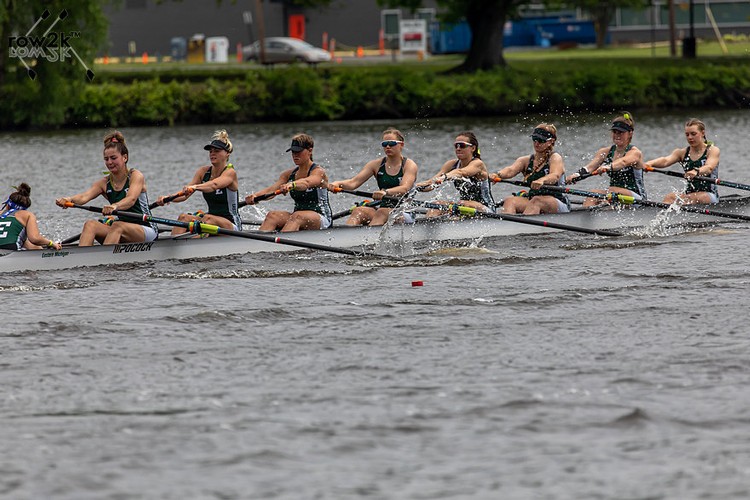 “It makes it harder on us every year, but it pushes us to be better.”

Interestingly, Northeastern is the only school in the CAA to have won the conference: BU switched affiliations and the 2010 champion, Buffalo, is no longer a varsity program. The CAA nearly lost UCONN to similar cost-cutting measures during the pandemic—which would have put the CAA one school shy of qualifying for an automatic bid—but UCONN’s reinstatement meant that those Huskies were back and racing this year, although it took a massive alumnae effort and a Title IX lawsuit to make that happen.

Northeastern which was not ranked in the most recent Pocock CRCA poll, will find out their seed for the NCAA Championship during the NCAA D1 Selection Show on Tuesday. 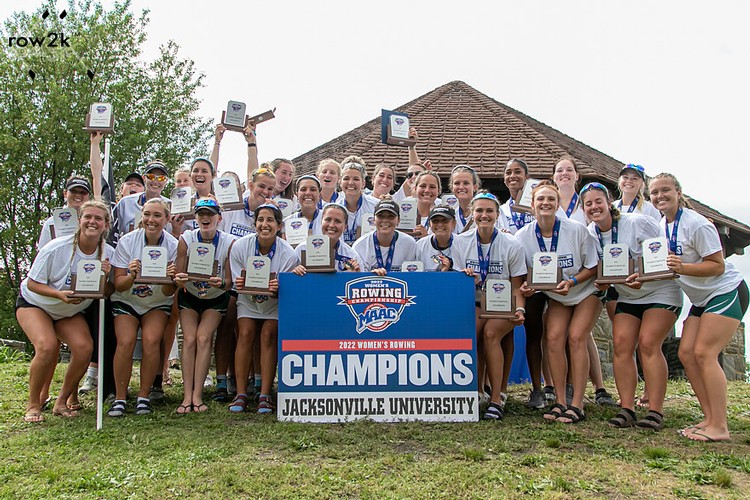 The MAAC finals took to the course next and on the line was a return trip to NCAAs for Jacksonville or Marist, with Fairfield hoping to get into position for their first.

Getting back to NCAAs had been a long time coming for Jacksonville, which has represented the MAAC at the big dance six times but not since 2018—and the pandemic has made it seem even longer for Head Coach Mike Lane. 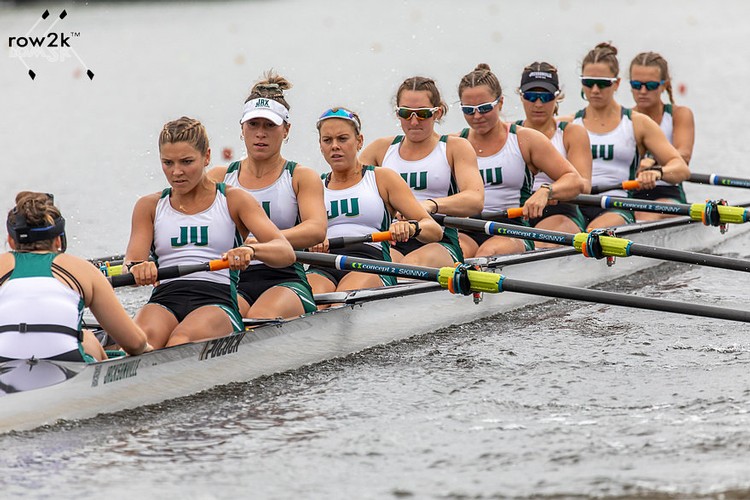 “We’ve had some challenges,” said Lane afterwards on the walk back to the boatyard: “In 2019, we had a trailer accident. In 2020 It was COVID. In 2021 we lost half our team, 13 of our 25, to COVID, and ultimately still came in second, which was a testament to that group. But [this year], these guys just were hungry and they wanted it.”

“They've been down throughout the course of spring in races and have fought back to come out on top. I had no doubt in my mind that they were going to go do something special today and winning each event was pretty frickin’ special.” 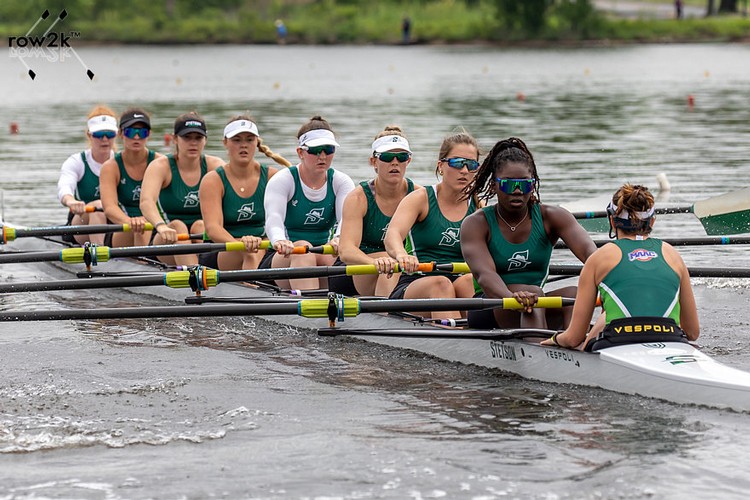 Jacksonville did win out across the three NCAA events, and added a win in the 2nd Varsity Four, but they were chased hard by Fairfield in the Four and 2V Eight, and Marist—last year’s NCAA bid winner—hung doggedly to the Dolphin 1V’s stern all the way to the line.

“It’s always the 1V: that’s the one that you have to think about and it’s our top priority here. They did a great job. They got out to a lead and held it and, and fought hard to hold it.”

For lane, the 2V battle with both Fairfield and Marist—who flanked them on either side—was the race of the day: 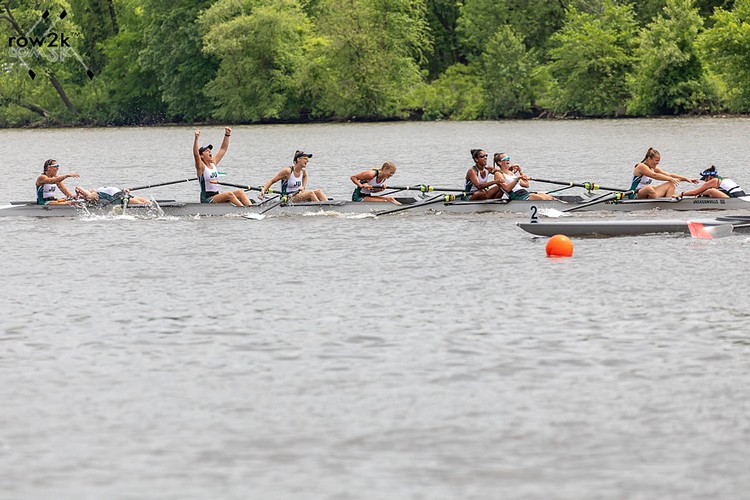 “Our 2V was probably the most inspiring race that we put down today. They were down at the 1000 to two crews and walked back through them and fought. They had a hell of a sprint and came through victorious. They were the jelly between the two slices of bread, and that race, for me, was really exciting.”

Jacksonville which was not ranked in the most recent Pocock CRCA poll, will find out their seed for the NCAA Championship during the NCAA D1 Selection Show on Tuesday.

Coverage of the final AQ, from the Ivy League, to come—stay tuned. 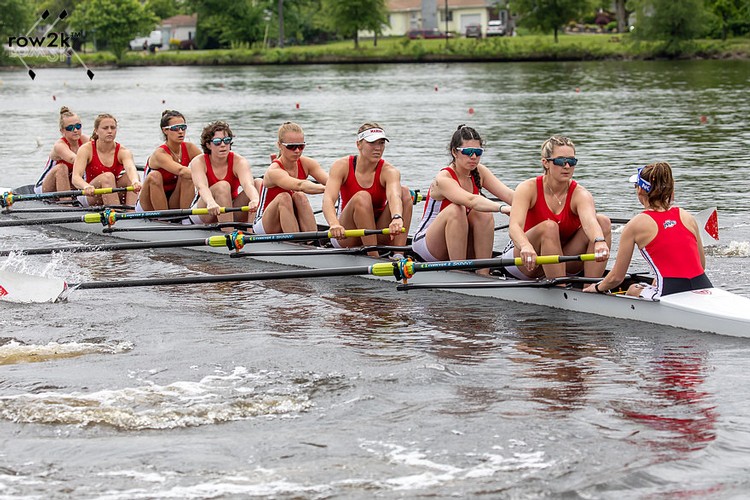