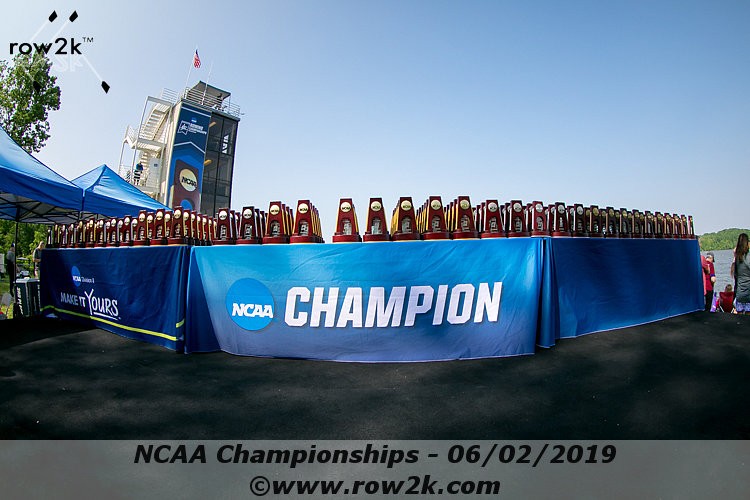 Eyes on the prize: NCAA championship

After a gap year in 2020, the women's NCAA championship is back, and coaches and athletes alike are relieved and excited to reach for the ring.

Certainly, 2021 has been a year like no other, both racing wise and in all other ways in rowing, as different teams took very different routes to training and racing, as universities, conferences and localities all took different approaches to rules and access. For some teams, rowing looked almost as it ever was, and for some, it took an Amazonian effort to get to Sarasota this week.

The most noticeable changes to the NCAA field are in Division I, as the Ivy league opted out of league competition entirely in 2021. Where typically there are four to five Ivy teams in the field, this year only Brown and Princeton were able to race enough times to become eligible for the field.

The top four seeded teams at the championship are Texas, Washington, Stanford and Virginia. Big 10 champs and runners-up Michigan and Ohio State are close behind, while Cal, Syracuse, Rutgers and Duke are prominent at-large bids.

In the absence of an Ivy championship, Princeton and Brown earned at-large selections to the championship via their regular season racing. Washington, Brown and Princeton are the only schools to have participated in every NCAA women's rowing championship since 1997, with Brown's John Murphy and Princeton's Lori Dauphiny the only coaches at the helm with the same team during that span.

Going into the 2021 NCAAs, the University of Texas is #1 seed for the first time in program history. Texas coach Dave O'Neill reflected on the journey his team took to the championship this year.

"I think we've done a good job of turning a negative into a positive," he continued. "Something we made clear to everyone was that 'practice is the gift,'" said O'Neill. "When we started up in September, we told the athletes, 'these are the steps you have to take, these are the protocols,' and once we met certain standards we could row in singles, then in pairs, then in fours with roommates and carpools. We were very chill in the fall, just having fun, and then, maybe mid-February, it became clear that the kids wanted to start going for it." 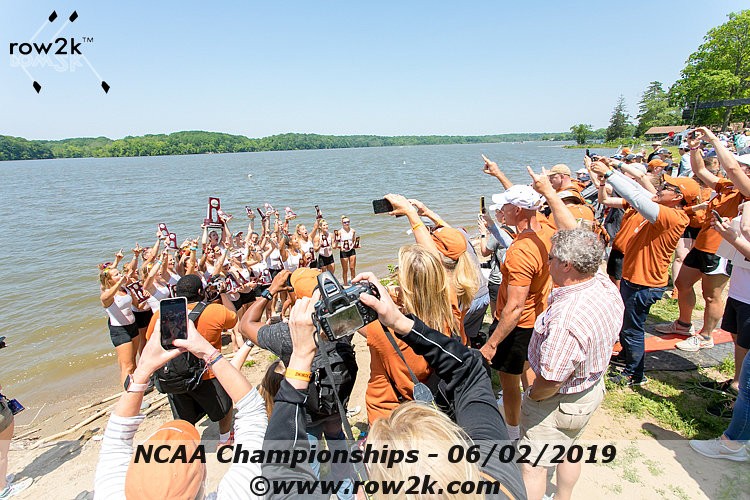 "All of the sacrifices that everyone was making, meetings on Zoom, not being able to go out, having to wear a mask, the gift was coming to practice and having a team every morning. Our team fully embraced that."

UVA's Kevin Sauer concurred with O'Neill's sentiments. "I think being here means a lot to everyone rowing at NCAAs," he said. "To be able to do what we all love and missed is so rewarding and appreciated."

Like O'Neill, Sauer admitted that he had been impressed by his team this year. "These are tough, resilient kids that showed immense grit and determination, but it didn't surprise me because that’s who they are," he said.

"One of the biggest challenges was finding a place for everyone to land train together. I believed that if we were going to do this, we needed to be together - encouraging, pushing, striving, failing, succeeding together. we enjoyed many beautiful sunrises from the concourse of the baseball stadium while getting after it. Rowing together even in small boats was impactful."

Sauer singled out one group of his athletes in particular. "I’m probably most proud of how the first-years handled everything," he said. "There has been nothing normal about their first year of college and they have been awesome." 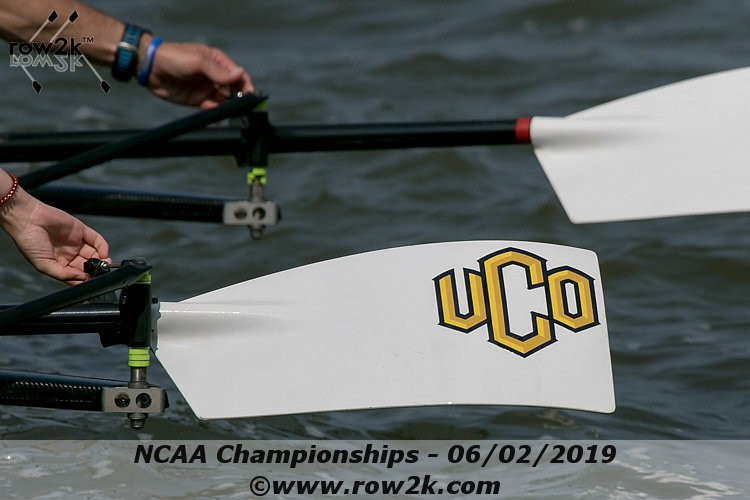 Central Oklahoma is the DII #1 seed

With the field having contracted from the usual six teams to four in 2021, the biggest absence from the is probably Seattle Pacific University, who polled at #2 throughout the spring, but failed to make the field by virtue of finishing back of Central Oklahoma at the inaugural Great Northwest Athletic Conference championships on May 15th.

Like Division II, the NCAA DIII field has contracted by two teams in 2021. All six teams at the 2021 Championships, Bates, Ithaca, Washington College, Hamilton, Pacific Lutheran and Wesleyan were in the field at the last NCAA championships in 2019.

For the DIII schools, who by and large hew to a more traditional student-athlete model, getting to NCAAs was by no means a sure thing. "It was a long process back to even being able to practice," said Bates coach Peter Steenstra. "We were grateful just to get in any racing at all so having enough success along the way to earn a spot here is a real highlight and one that we don't take for granted." 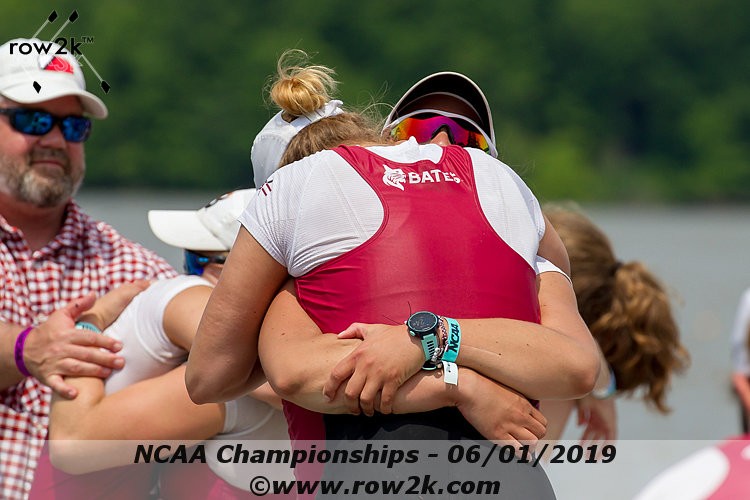 Bates is grateful to be back at the NCAAs

"There were too many challenges to even mention them all but being at the mercy of the entire campus community resulting in a two week in-room restriction was certainly difficult," he said. "But the athletes did well to stay together virtually, look after each other during that time, and perhaps we came out stronger than we were before. The check-ins with the captains rarely, if ever, focused on training. The topic of discussion was always about the team, how people are doing, who might need a little extra attention, who to have reach out to them, and so on.

"'Care About Each Other' is something we say a lot and always have. It's part of our team's culture to bridge the gaps between seasons by caring about one another, and so we approached the pandemic like any other gap and held on to one another."

Ithaca's Becky Robinson concurred. "For us, competing at the NCAA championship was the hope that kept us going. The athletes were so happy to be back together and train together then row together then race together and now compete at the National Championships together. Their mindset and attitude is filled with gratitude!" 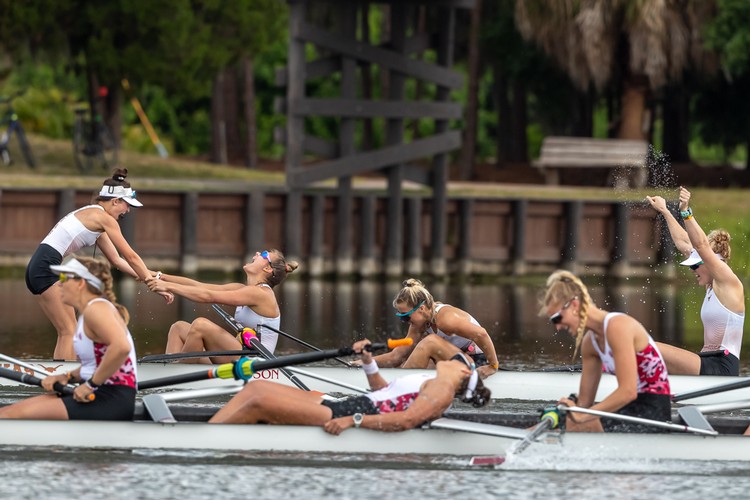 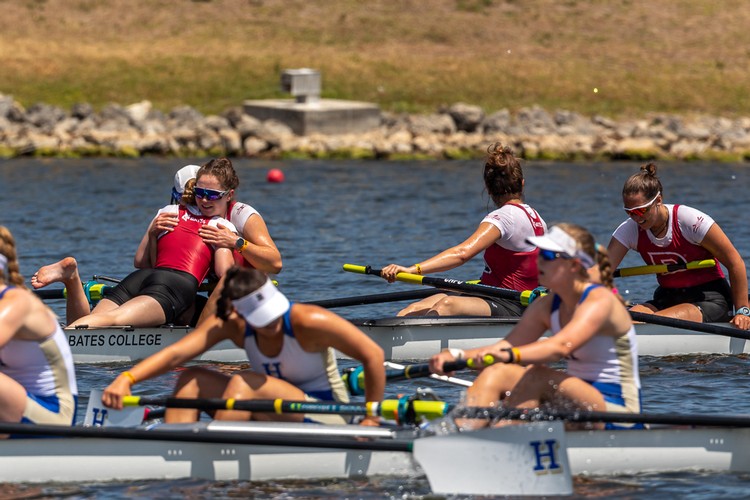 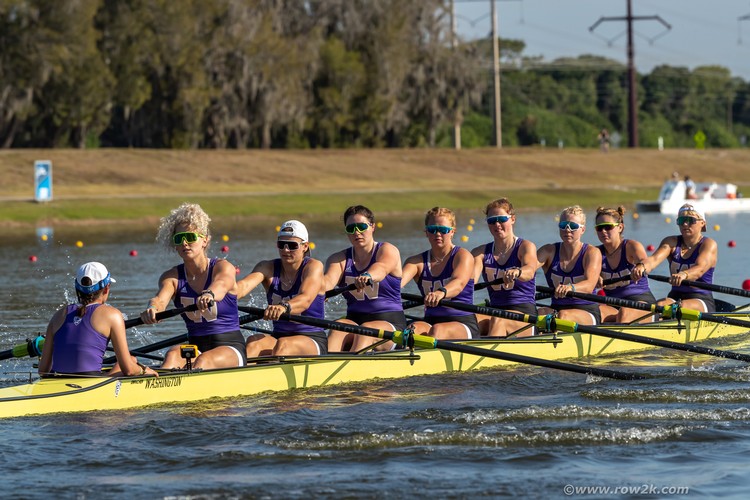 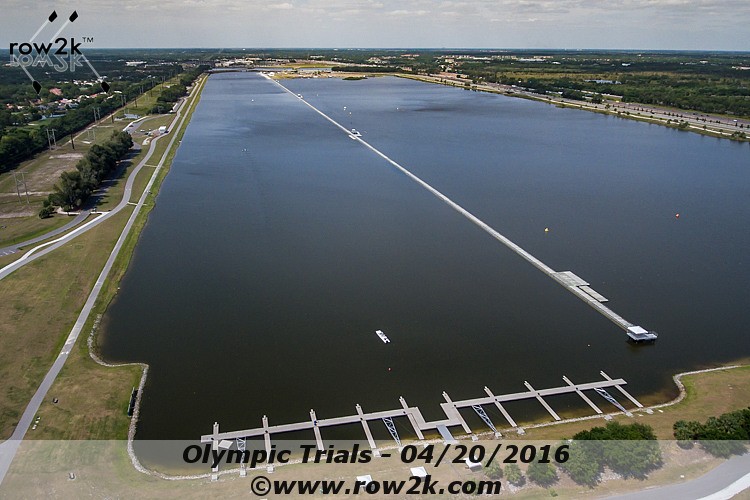