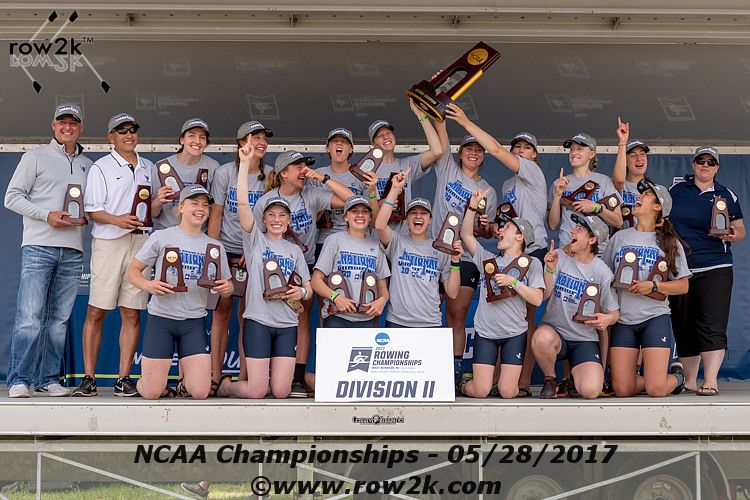 Having an extra day off to regroup can sometimes make the difference in a three-day event - especially if it's the NCAA Championship and the heats were contested in something akin to a Mid-Latitude Cyclone as howling west winds left the water streaked with waves and boatwakes.

Just ask the athletes and coaches of Western Washington University and the University of Central Oklahoma.

"Winning the heats was awesome," said Western Washington head coach John Fuchs. "It was kind of a surprise. We knew it was going to be tough in the conditions, so for them to survive the heats was good; and we were able to practice Saturday without having to race, so that helped a lot."

It helped enough to set the tone for a win in the varsity four and second place finish in the varsity eight to top off a season in which the Vikings won 24 of 32 races and held the top of the national polls the entire season.

In his 19th season as head coach, Fuchs saw his team take the team national championship again after having a seven-year winning streak snapped at the 2011 championship. Team championship runner-up and Varsity Eight winner University of Central Oklahoma earned 12 points to WWU's 17. 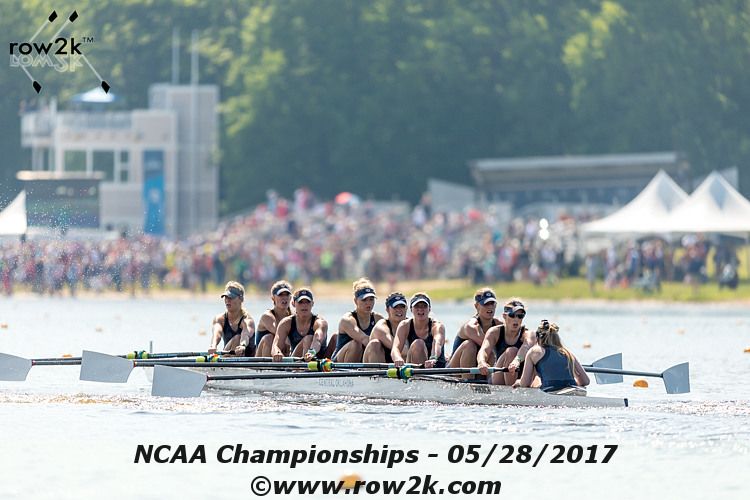 Western needed every boat to take the championship, and after also earning a day off in the heats, Western's varsity four set the standard early in their race, ultimately finishing with open water over Mercyhurst and UCO.

"The four did a great job," said Fuchs. "I wasn't expecting that kind of a race from them. I thought we should win, but they just lit it up and had a perfect race. I can't be more proud of these kids.

"They worked so hard and took it up to the next level. Just getting here is always an accomplishment. We knew we had a chance and they got it done," he said. "Hats off to UCO. We just couldn't catch them. They rowed a perfect race and they have a great program."

"The overall result played out exactly how we thought," he said. "We knew it was going to be tough in the four, and with the eight we just had to put the races together. They showed up and they did it.

"This feels good," said Western senior co-captain Kia Parrish-Haim. "It was a solid race and our team really trusted each other in a really amazing way. We didn’t really know where we were (in the field) going into the race because we had not really raced UCO or FIT. But we went into it and pulled for each other and pulled really strong. So, I'm not surprised with the outcome." 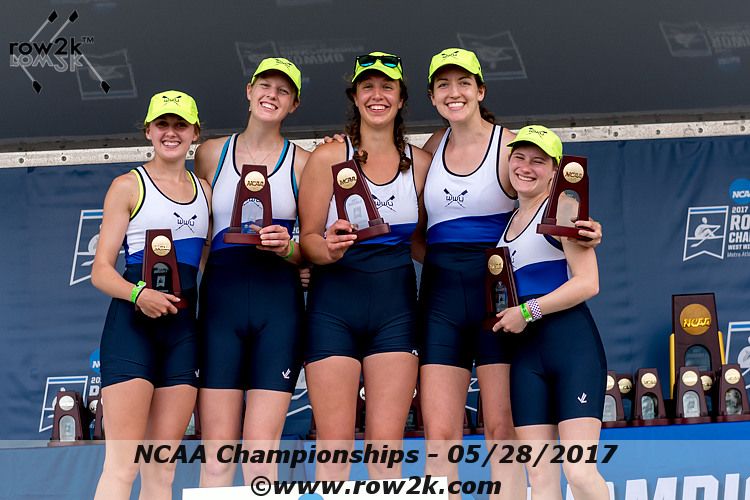 If any team should have felt comfortable in the wind, it was Oklahoma. Their home course in the Oklahoma City Boathouse district can be windy enough on a good day. But this spring the weather in the Midwest made racing, and scheduling races, difficult.

"We had a lot of weather issues that prevented us from getting races," said sophomore Erica Mitchell. "But Coach Rice kept pushing us and pushing us. Some days we hated him, but he got us to where we needed to be and we're very thankful for our coaches that believed in us and kept pushing us. 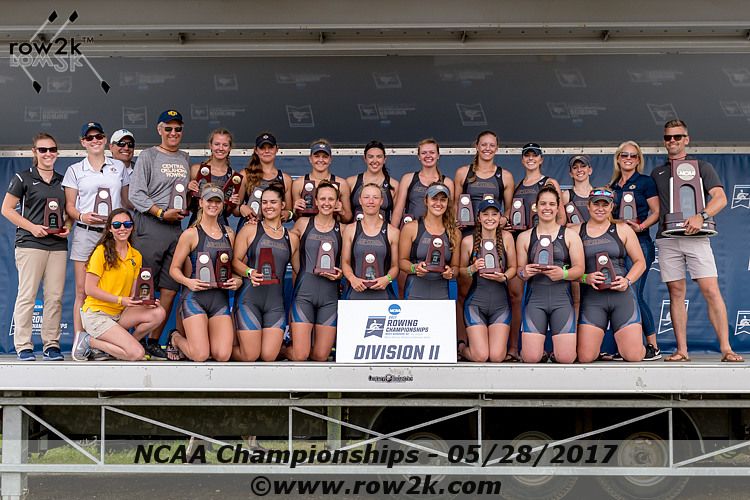 "Friday was a little rough, but we did what we needed to do. The conditions were definitely a challenge. It was good to have Saturday to get our minds right before today. We had trust in each other and we knew we could do it going in. In our hearts, we knew we could do it, we've got this," she said. "It was such an awesome experience. I love my teammates so much. We could not have done it without each other. It was a whole team effort to get ourselves here." 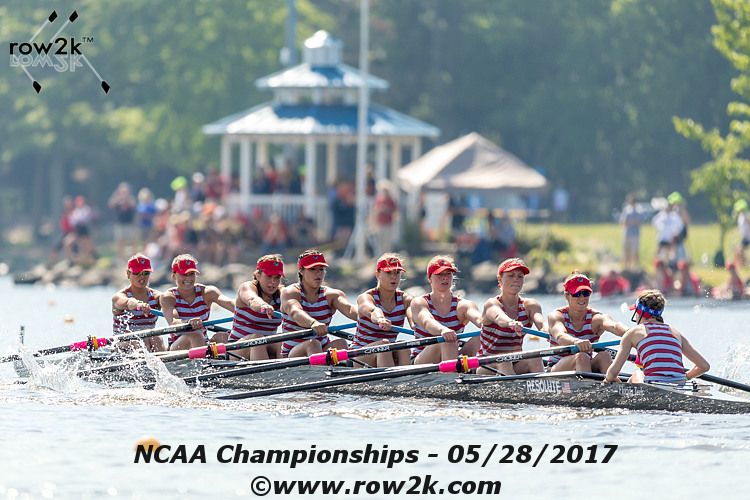 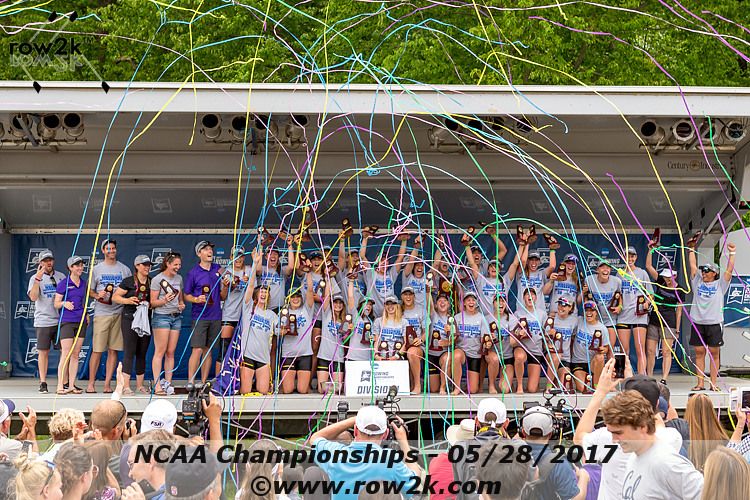 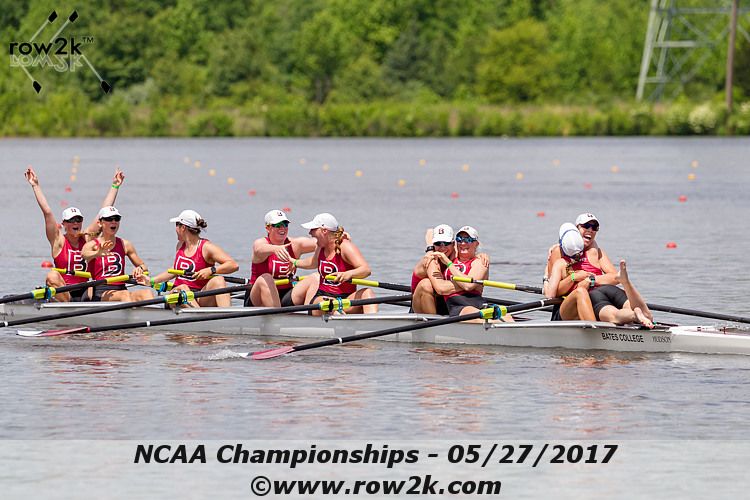 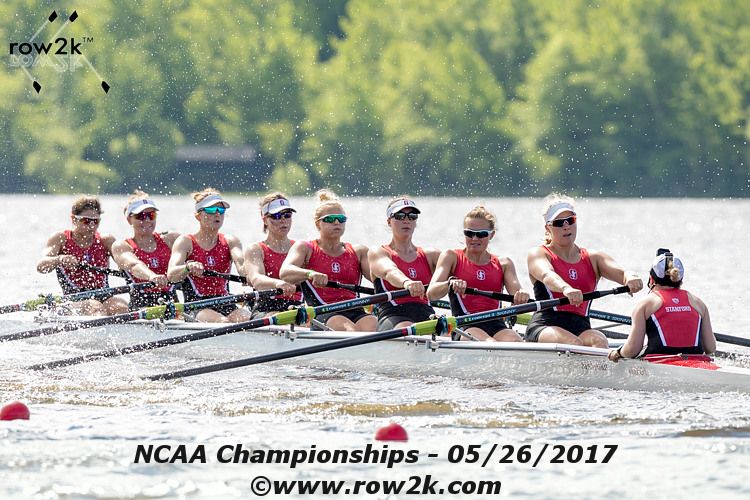 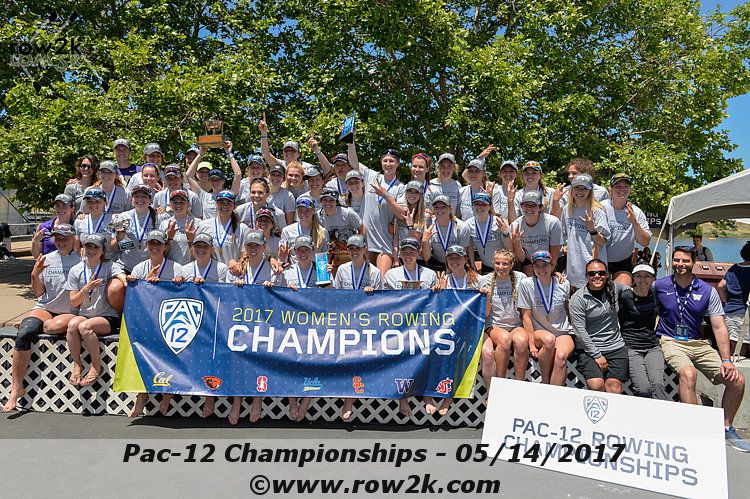 Pull Time on Mercer Lake for the NCAA Championships
Get our Newsletter!
Enter your email address to receive our updates!