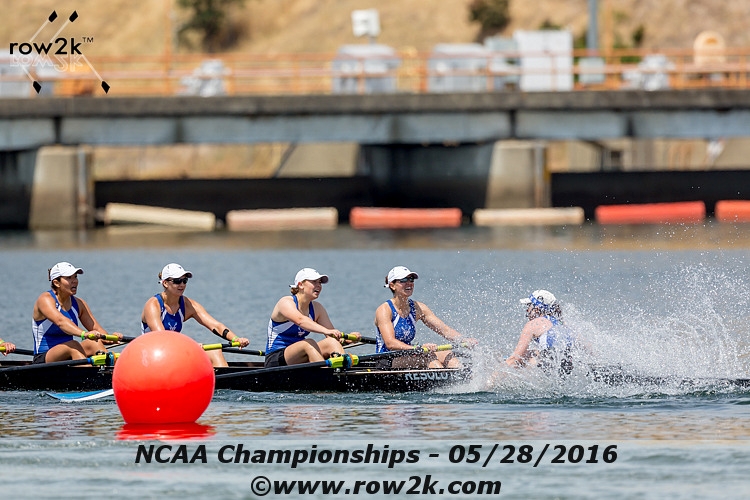 As the Wellesley Varsity eight barreled toward the finish line on the way to a wire-to-wire win that would also put their team on top of the team points grid, Wellesley coach Tessa Spillane paced aggressively and purposefully, slamming her fist into her palm over and over, stopping occasionally to check the jumbotron as her emotions welled up visibly.

"I was hitting my hands together so hard," she said afterward with a laugh. "I knew they could do it, and it was just my way of getting through the race. They were amazing, the entire team. Top to bottom, they earned it; they've just worked really hard together all year."

At the finish line, the crew won the final only by about a one and a half seconds over Williams in silver medal position, and Wesleyan in bronze, but few people watching the race saw many chinks in Wellesley's blue armor.

The same was the case inside the crew. Four-seat Loren Lock said that, as the race progressed, she felt increasingly confident that the crew could pull it off.

"During the race, at the final 500 it felt like it was really going to happen," she said. "We could see Wesleyan inching up and we could see Williams inching up, but I knew that our boat had it to take it to the end and finish it.

"Our boat has been cool and confident in the whole two weeks that we've been a lineup, and we've seen a lot of different finishes this season, but there was just a sort of collective but very humble tenacity that every single person in our lineup brought today. That's what brought us to the finish, and the fact that our entire team has so much depth. All year the 3V pushed the 2V, and the 2V pushed the 1V, and as a collective we worked for this together. And as a senior class we've been working for this for four years, and it's just a culmination of everything."

Even then, after seven trips to the NCAAs, winning their first national championship ever had not quite sunk in. When the V8 crossed the line in first, the 2V crew, who had still not taken their boat out of the water after placing second to Bates, was celebrating and cheering, and one stopped still for a moment to say, almost in a whisper, "We’re national champions. I can't believe it."

After a 15' warmdown out on the water, the V8 finally got back to the return area, celebrated with their teammates, and then started to head for the awards ceremony, and still Lock expressed similar thoughts when asked how it feels to have pulled it off.

Check out the Wellesley squad accepting their championship trophy in style here.

Bates Wins Second Varsity
The Bates 2V won their grand final, marking an important contribution to the team effort that eventually put their entire squad up on the podium as team runnerup as the Bates 1V took fourth place. Bates junior Molly Pritz, who sat in the seven-seat of the 2V, has never lost a race in her three trips to the NCAAs thus far.

Due to lineup changes in the squad, the crew has only been together at NCAAs, having done their first row in the lineup here on Lake Natoma; Pritz said the crew just rolled with it.

"We had a few bumps in the road throughout the season, some injuries and illnesses that brought people in and out of the top 16 that were going to come out here," she continued. "Most recently we got some really strong power on the port side, so we switched our lineup to a bucket and moved everything around, and there was some new speed." 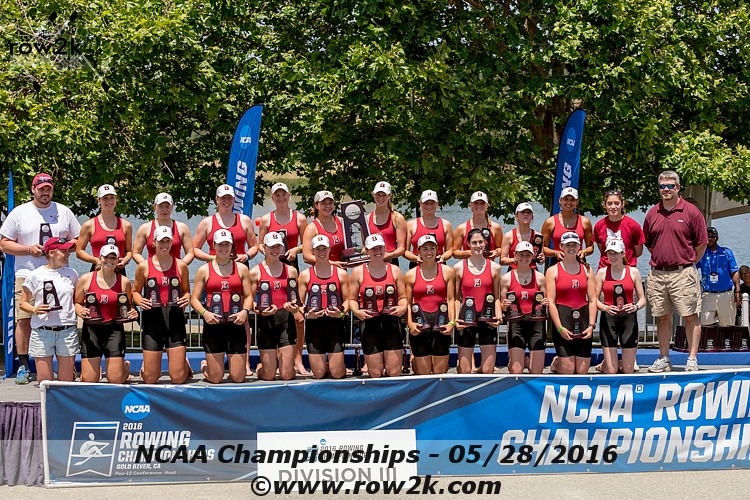 Pritz's undefeated NCAA run in the 2V started her freshman year at a time when Bates was starting to make inroads on Williams' long monopoly on the D3 championship.

"When I came in, I knew Bates was working its way up to the top and had been runner-up for a number of years to Williams," she said. "I came in to some really strong leadership on the team. The senior class had just taken me in as a freshman really well. That year in Indianapolis, we made a run at it and fell a little short, but pulled it off last year."

Pritz knows how rare it is to win races at NCAAs, let alone a streak of them, including all the heats and finals you raced in for three years.

"Yeah, it's pretty unreal," she said, laughing. "This 2V, though, has been really fast for a long time and it just shows the depth of our program. So for me it's really fun to be able to kind of bring that experience into the boat now."

Pritz will be the team captain next year.

Team Points
Wellesley won the overall championship, followed by Bates, Williams, and Pacific Lutheran. The D3 championships has seen a lot of new names as well as new champions the past few years, a great development both for the division and the sport. Keeping it interesting – well done to all the crews! 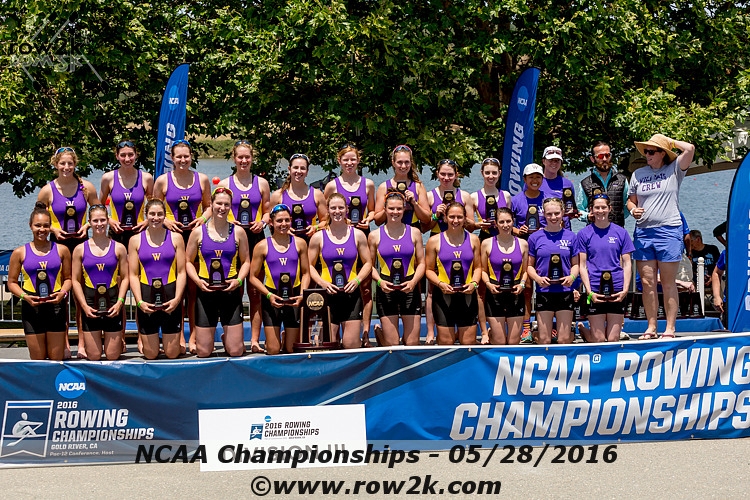 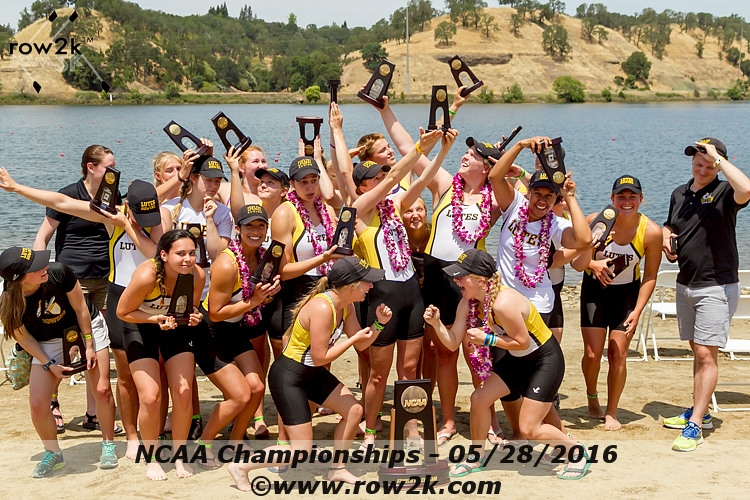 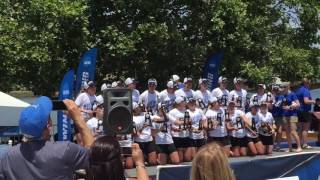 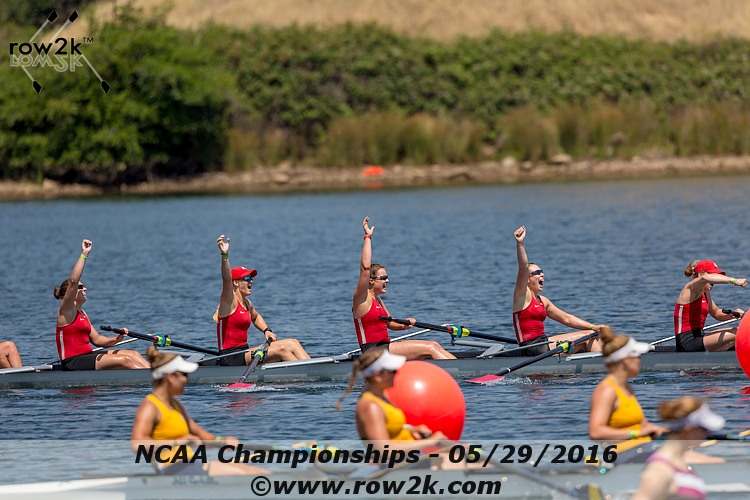 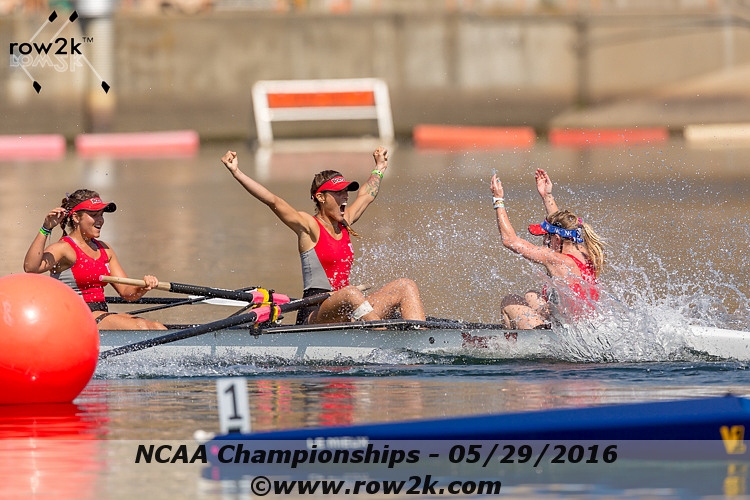 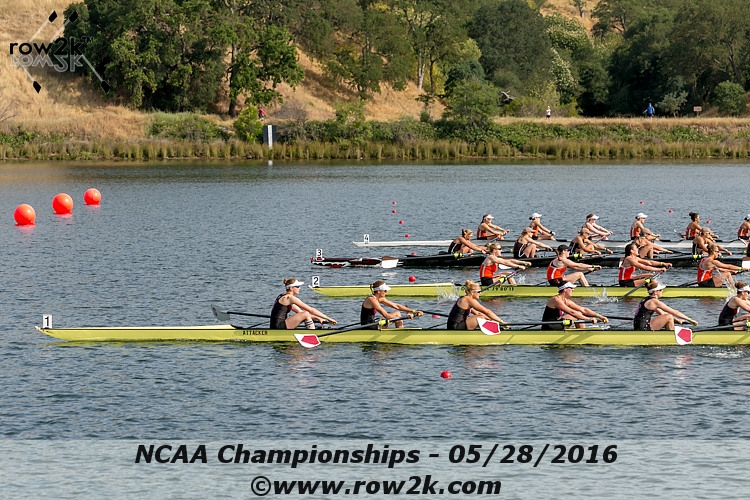 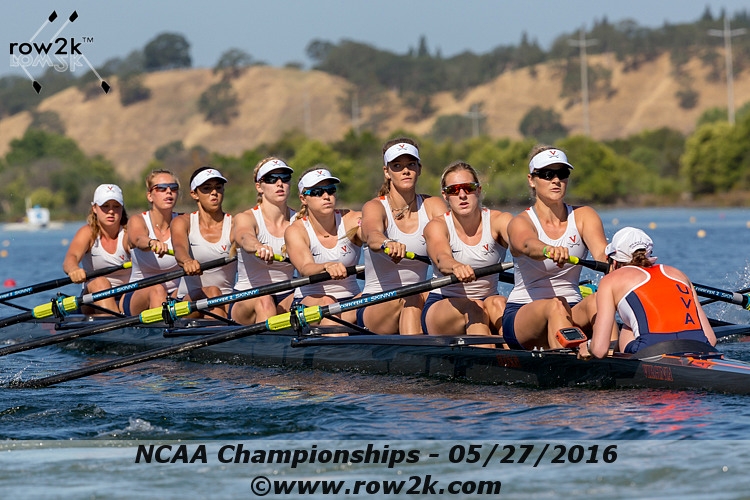