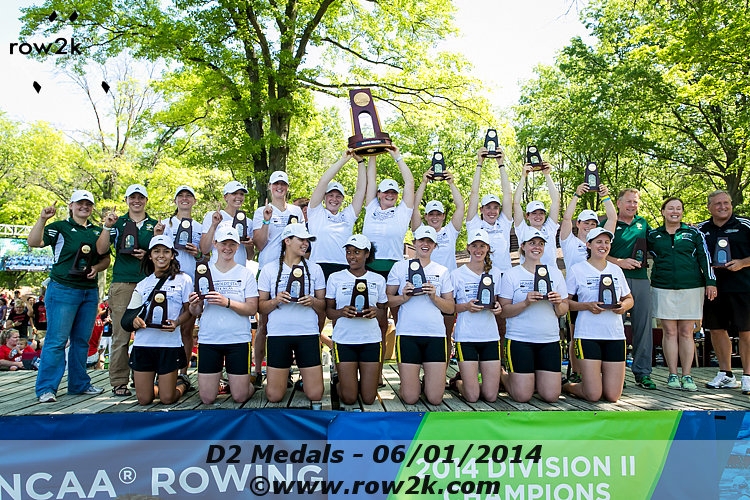 Day three at Indy brought the DI/DII finals and big crowds as everyone waited to see their favorite team head down the course for a shot at the podium.

The format of the Division II finals is such that there are grand and petite finals for the 8, and a grand final only in the 4. The school that was eliminated during the V4 repechage yesterday, Barry, was determined as the 4th place finisher in the V4.

Going into the regatta the top ranked team was Nova Southeastern with the V4 and V8 taking the #1 seed. The team had won both races as well as the team points trophy last year and had a great spring season. Winning both the V8 and V4 heats, the team got to take the day off racing yesterday (along with the Humboldt V8 and Western Washington V4), leaving the rest of the field to battle it out in the repechage for the remaining spots in the grand finals.

Today's V4 grand final had three crews racing for two medaling spots; Nova Southeastern took an early lead, but Western Washington held on to them and didn't let them get away. The WW crew, who the announcer described as a "gritty, tough crew" rowed a lower rating against their competitors and really began to bite into Nova's lead as they approach the 1200-meter mark. As they came into the red-buoyed 250-meter zone, Western Washington was two seats up and walking. They won by 3 seconds with a time of 7:359.304 followed by Nova Southeastern (8:01.597), then Humboldt State (8:23.496).

Western coxswain Kate Nelson described the sprint as their best all year, and said that despite a slow start, the crew went into the race confident they could pull of the win.

"We really wanted to go out calm because we haven’t had many races where we've had a crew next to us because we've been winning, so I just wanted to keep my crew calm and be okay with sitting on them, and staying powerful and collected. The third 500 is our 500 and I think we owned and we really moved in the last 500 which was exciting. I could feel them just going and when we got momentum we just went for it—it felt good. Most of the girls in my boat are coming back last year; just the stroke seat is graduating. I'm really excited for our team for next year."

The two crews that had progressed directly into this final were Nova Southeastern and Humboldt State. The Humboldt crew had raced Nova earlier in the season at the Dad Vail Regatta and fallen to the Sharks by one second, coming in second.

As in the V4 race, Nova took the lead off the start, but Western went with them again and held them for the first half of the race. The Humboldt state crew began to surge forward in the third 500 and by the 1500 meter had taken the lead, first one seat, then another walking their way toward victory and leaving Nova and Western to battle for second place. They finished in a time of 7:13.405, earning their team both the V8 and team trophies, followed by Nova (7:15.352), Western Washington (7:15.414) and Barry (7:31.274).

Humboldt head coach Robin Meiggs said the team had some nerves to release before the race, but got to the course calm, collected, and ready to race.

"We were sitting at breakfast this morning and one of the girls just pukes right at the breakfast table, and the girl next to her starts crying—I said 'ok, we're ready to race now that we've got it all out of our system," she said.

"I think really this is just a testament to the young ladies and the hard work and perseverance of this year," she added. "None of us could have guessed this would happen back last August or even in January, but we promised that we were going to train as hard as we could and make it back to nationals this year."

Humboldt captain, and 5-seat in the V8, Kayley Weber was nearly speechless with excitement as she waited to accept her two trophies.

"I am just so happy; I don’t have words. After Dad Vails, this is something we really wanted to pull off. It was great going to Vails and seeing the other schools or else we really wouldn't have known what we had to do. We talked a lot over these past couple days and we knew we were slower off the start. We just had so many things we decided that at a certain point we just had to do what had to get done."

Second place in the points standing went to Nova Southeastern who threw down two great races today, and set a high standard as the 2013 champions. Congratulations to all DII teams! 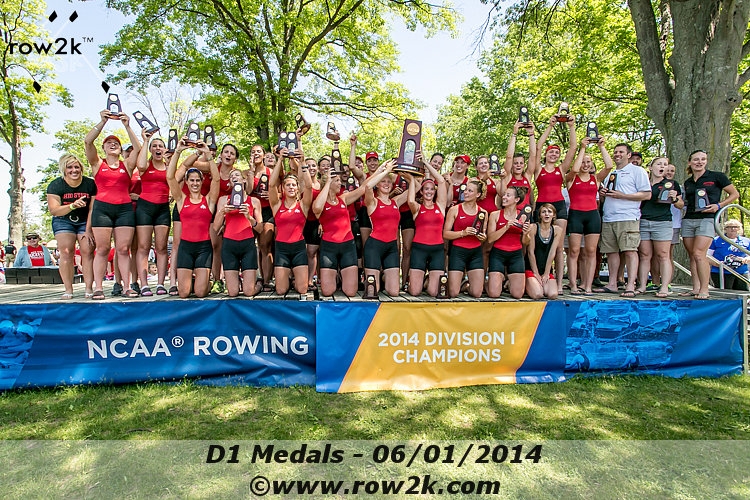 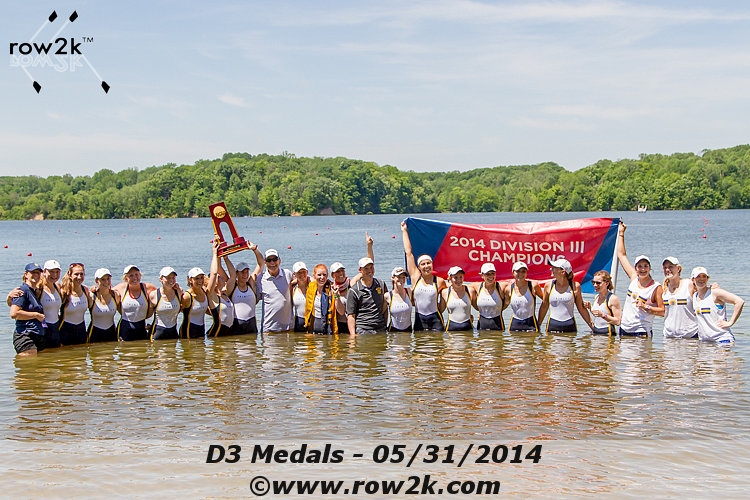 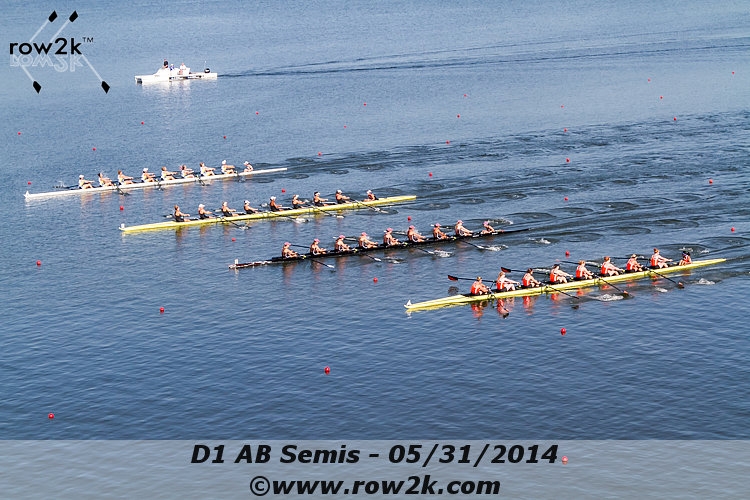 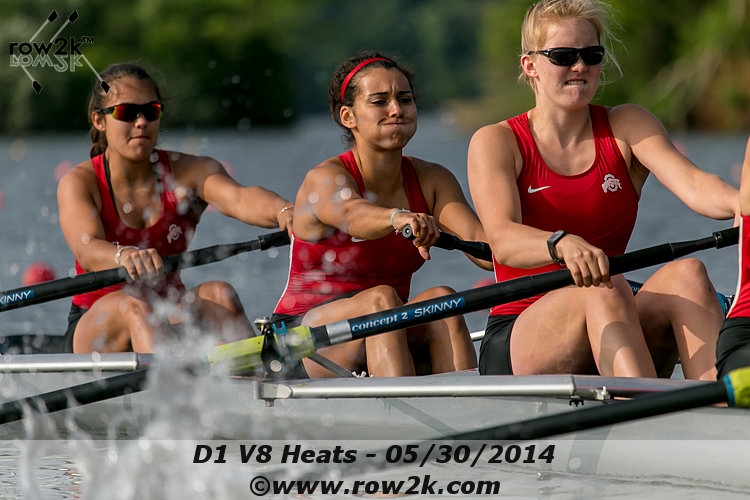