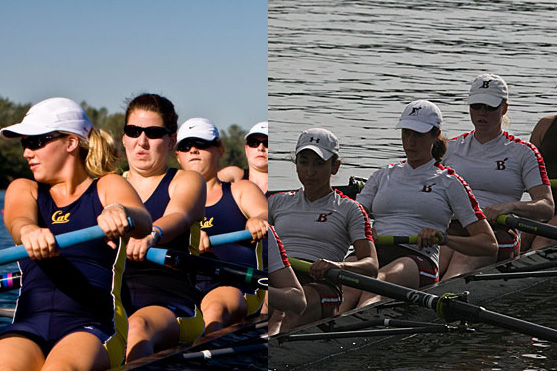 It's Cal vs. Brown as the '08 NCAA gets underway

Once again, the Bears from Cal will square off against the Bears from Brown to determine the 2008 NCAA Champions. These two teams have a near stranglehold on the D1 team competition, with Cal and Brown each having won the team trophy twice in the last four years (the teams tied in 2006, with Cal taking the title on the V8 tiebreaker).

But what about the teams trying to spoil a bear party? Certainly UVa and Yale are looking to play the role powerfully. The Cavaliers once again came up big at the Central/South Region Sprints and seem to have a full head of steam coming into the NCAAs, after a regular season that seemed to indicate that it would be hard for them to find championship level speed. Yale on the other hand pushed Brown's V8 all the way down the course at the Eastern Sprints, but could not match Brown's ability to throw in strokes when it counted; one has to wonder, though, did Brown peak too early, or does Bruno have gears left to shift? Indeed, as noted here on row2k, Brown did some of their patented late-season lineup shuffling a little earlier this season, with a sweep of the eights events at Sprints the result. A 5-second win in the N8 would seem to indicate that Brown still has wiggle room to dip into the ranks for a spark or two.

From the Pac-10, which sent 4 teams, Stanford looks to have the goods to throw in a challenge. Stanford, an at large bid in the V8 as full team was bypassed for championship selection, was only a length down to Cal at Pac-10s, with fellow invitees Washington State, USC and Washington falling in behind. The Cal crew seems on a mission this year; in 2007, Cal arrived at NCAAs in Oak Ridge as the defending team champions, only to see a very young V8 finish a disappointing 13th overall. Energized, undefeated and steadily ahead of their regional rivals, this group seems intent on finishing the job.

Though most eyes seem fixed on the coastal crews, the South/Central region once again produced almost murderously tight racing; in the V8 Grand at South/Central sprints, 5.7 seconds separated the first six crews, as compared to 20 seconds at the Eastern Sprints, and just under 14 seconds in the Pac-10. It's no wonder then, that the South/Central region sees the only V8 Petite-Finalist in the NCAA field, Ohio State. With UVa performing in competition of this depth, you have think that it might be UVa's time this year; the Cavs have been NCAA runners-up three times since 1997, more than any other team.

In a trend we've started to see in recent years, there are many more out-of-region racing results to look at over the season as we handicap the NCAAs: Yale has raced Radcliffe and UVa with success, in addition to racing NCAA invitees Tennessee in their dual with Princeton, while Sprints champ Brown fell to Princeton and Michigan State early on.

In the lower boats, regional championship results would seem to indicate who's going well; interestingly enough in 2008, for the first time in what seems like a while, no one team swept all the NCAA events at their respective championships; Brown, while winning the V8 and 2V8 at Sprints finished second to Yale in the V4, while Cal equalled them out west, winning the eights while the four finished a length down to Washington. Virginia finished 2nd to Ohio State in the 2V and 2nd to Michigan State in the V4 at Central Sprints. Nevertheless, expect Brown, Yale, Cal and Virginia to bring the strongest squads to Sacramento.

In the DII field, Western Washington is looking to capture its 4th consecutive NCAA title, with Dad Vails champs Dowling waiting to play the role of spoilers. Nova Southeastern, UC San Diego, Mercyhurst and brand new crew Philadelphia U. round out the six-team field.

In the DIII ranks, top dogs Williams ('07 champs) and Trinity will battle it out. Williams nipped Trinity by one second at the National Invitational Collegiate Championships back on May 10th, with fellow DIII invitees Bates, Ithaca and St. Lawrence over 10 seconds back. A second apart a month ago? Count on both crews to get faster, and for the racing to stay this tight.

The lone west coast representatives at the DIII Level, Puget Sound, is racing in Sacramento by virtue of a nine-second victory at the Western Intercollegiate Rowing Association Championships...also raced at Sacramento, on May 3-4. Will the local knowledge help? Certainly can't hurt!

One thing on all crews minds going into the weekend has to be the reports of 100+ temps coming from the Pac-10 championships a few weeks back. Certainly the 8:00am starts will help, but the racing to avoid midday reps will be hot indeed. 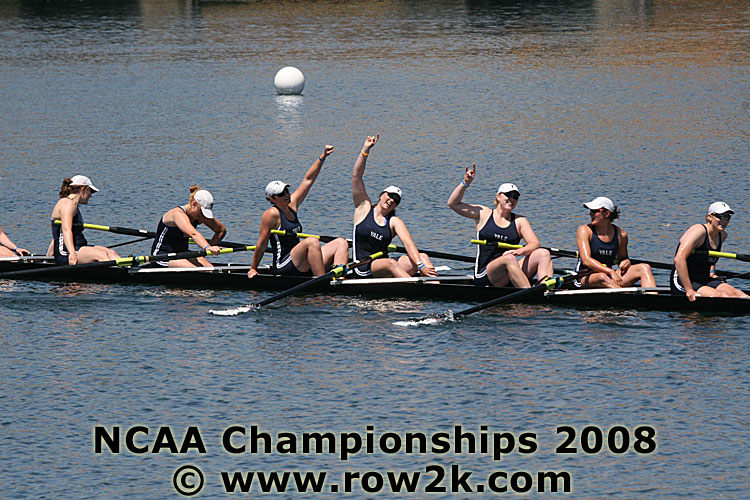 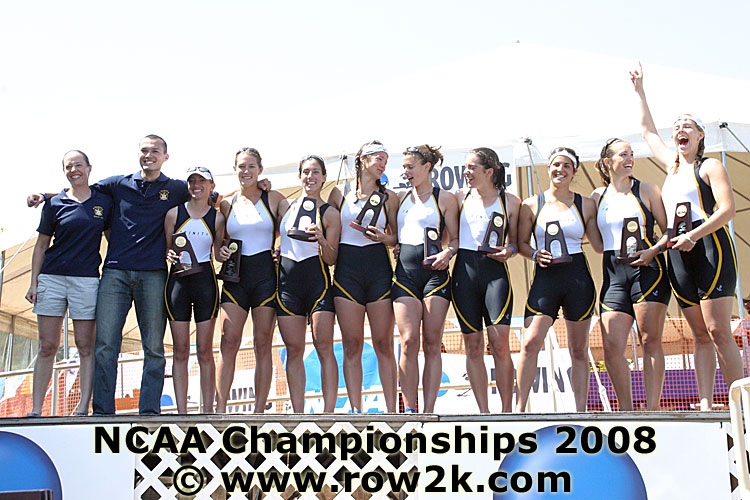 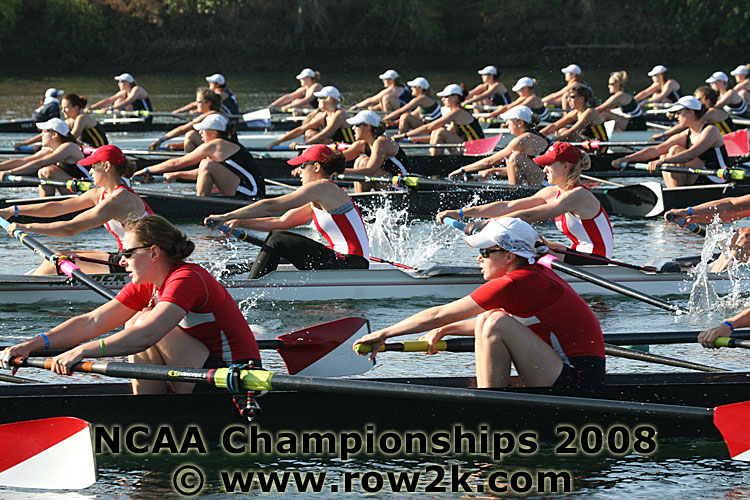 NCAA Championships: Baring Knuckles
Get our Newsletter!
Enter your email address to receive our updates!