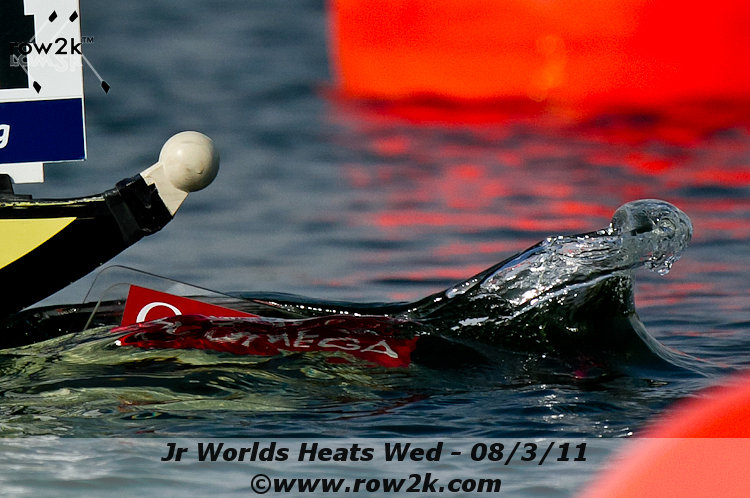 The Junior World Championships sauntered somewhat casually into view today, with a mere six races spread over 30 minutes coming at the end of a day where organizers seemed wanting of another day to get ready. At midday, heat sheets, transport schedules, and even food for anyone not an athlete or on staff were in short supply or non-existent, and with people borrowing cars to make runs to the grocery store, it felt more like a day at practice than a test event for awhile there.

Leave it to the athletes to fix that. Even the spares race showed evidence of this, as US and German teams faced off in the stands to see who could make more noise as their teammates came down the course. Both groups had something to cheer about here, as the US women’s pair and the German single won their respective spares races.

By the time 5pm rolled around, the quiet surrounding the athletes at the start was pure race-time seriousness, and the staff folks rallied to make everything happen. Luckily with so many crews not racing until tomorrow morning, and the weather in complete cooperation, the stands exploded with excitement once the racing started coming down the course. The athletes on the course gave it their all, and the athletes in the stands did the same (in particular the home team fans; it’s great to have an event in an area where there are heaps of rowers). Thanks all!

For the US crews, the regatta got off to a bit of a slow start as the men’s four contested the first race of the regatta nicely for 1000m before falling well back to sixth place by the finish line, and the women’s quad placed fourth of five in a race where they could not quite contest for an advancement position.

The men’s four from Canada looked poised to represent the New World well with a very aggressive first 500, but slipped up in the third 500, allowing the slow-starting Spanish crew to get within striking distance; the Spaniards unleashed a blistering sprint to come from sixth to second, and at the line Canada missed advancing by a half-second.

At the end of the day, only Germany and Belorussia qualified in both events. Weather for the racing was sunny and pleasant with a middling cross-tail; tomorrow will be a bit different story, with the same cross-tail bringing precipitation along; one forecast calls for rain followed by hard rain over the course of the 44-race schedule.

Karien Robbers, Netherlands
"Our plan was to push every 250m and that worked really well for us. It was very warm out there and a very hard wind."

Ilse Paulis, Netherlands
"About winning by 7 seconds: Easy? No, it wasn't easy. There was a lot of wind so it was difficult to keep up the good technique during the race. We thought it would be possible to qualify for the semifinals and we did, and winning was important because then we have a better spot in the semifinals and more chance to qualify for the finals. So, a good start."

Anne Marie Kroll, Germany
"We knew we had won after our start. We didn't have a very good start, but we were ahead from then. We know we can improve on it for our next race."

Miximilian Johanning, Germany
"We were lucky because we had planned to lead by 1000m and that didn't happen. But after that the rest of the race went to plan and we are very happy to have made it to the semifinals."

Johannes Weissenfeld, Germany, on winning the heat on Malet Jakschik's birthday:
"It was out surprise for him to make sure we win on his birthday."

Vasile Agafitei, Romania
"The race wasn't too hard, but it wasn't too easy either. The wind was quite strong and it's hot here, but the lake is very good, and very pretty. I hope we can continue like this; we definitely have more to give in the semifinals." 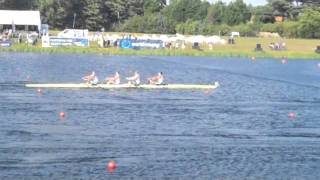 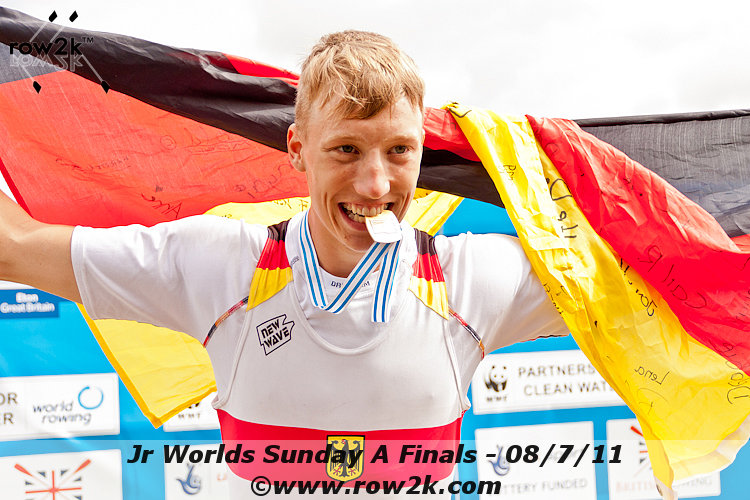 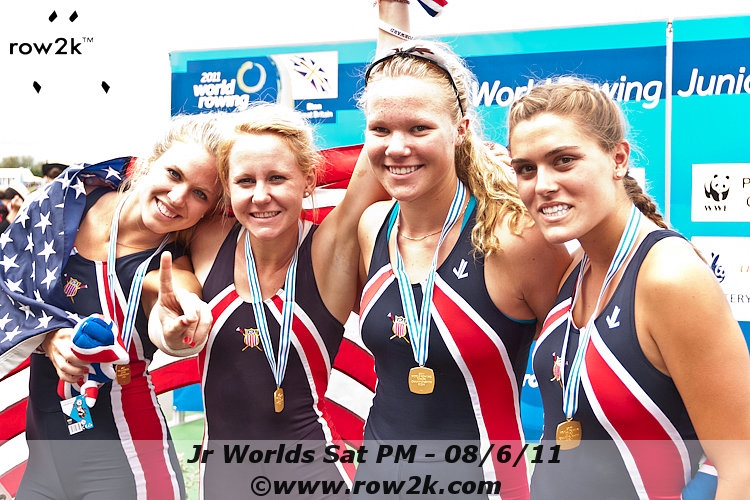 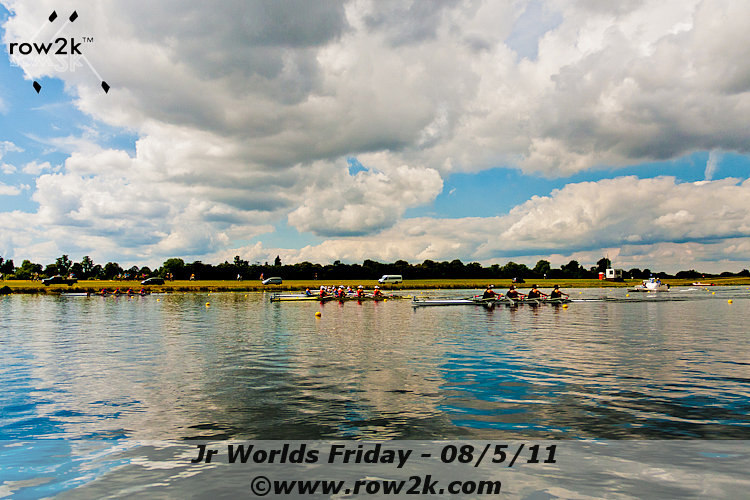 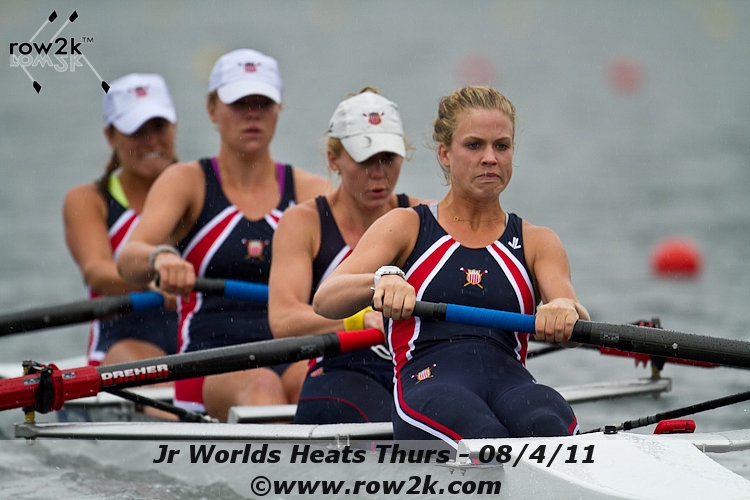