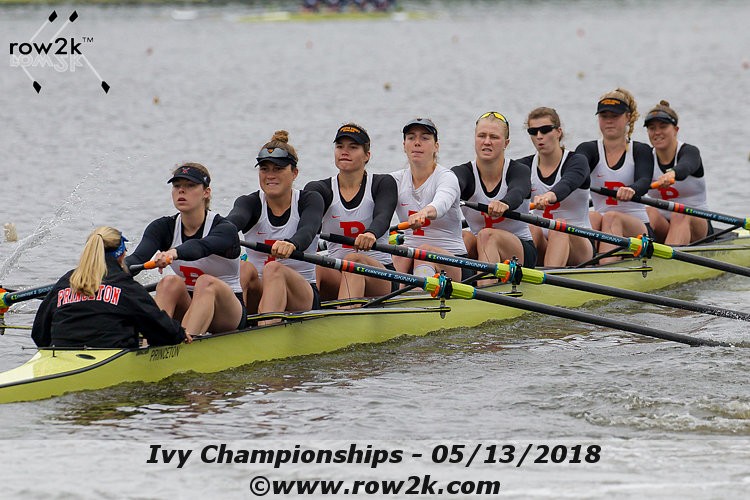 The Princeton Varsity 8+ took the win

As the 8am start time to the Ivy Championships came and went with no sign of any of the varsity crews slated to compete in the first heats of the day, an observer at the start line would not have been faulted to guess almost anything other than the actual reason for the regatta delay.

As it went, a vehicle had taken out a power pole on Route 70 two blocks from the finish line, rendering the elevators at the Crowne Plaza hotel inoperable – and filled with athletes from several teams. A mad rush of texts followed – from, to, and about the elevators – and the regatta was delayed indefinitely waiting for the elevators to move and the athletes to escape.

Once the athletes were freed from their elevator limbo, a morning of heats and afternoon of finals saw Princeton take the V8 and 2V8 and Yale take the V4 among the NCAA events, with Yale winning the V4B and 3V8 (and the overall points trophy as well), and Brown taking the V4C. Other notable trips to the medal dock included the Penn V8 in bronze position behind Princeton and Yale, and Columbia in silver in the V4 C. 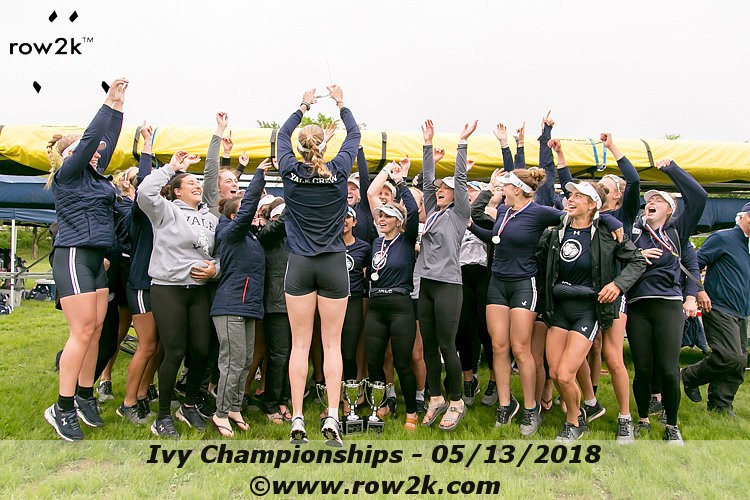 "I'm so psyched for the whole team, especially the 2V," Princeton 1V four-seat Claire Collins said; the Princeton 2V8 entered the regatta ranked third, but won their heat with the fastest time of the morning, then went on to win the final by a bit under three seconds.

"It feels incredibly special. We have worked so hard this year and taken some risks and made some changes in our training, and it feels awesome for it to pay off." 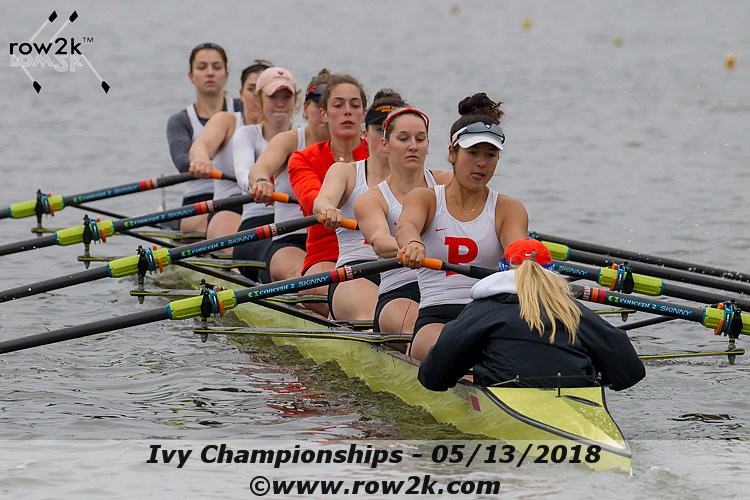 "Our 2V beat all odds," Dauphiny said. "The season had ups and downs but they never gave up and came together in to toll off two amazing races. I think their row in the heats gave them confidence going into the final."

As a result of winning the V8, Princeton earned the Ivy NCAA automatic qualifier spot.

"I thought our race was strong," Princeton stroke Emily Kallfelz said of the varsity eight's row. "We really hit our stride in the middle of the piece. Everyone is super excited with the result and it makes it even sweeter seeing the hard work of our whole team paying off." 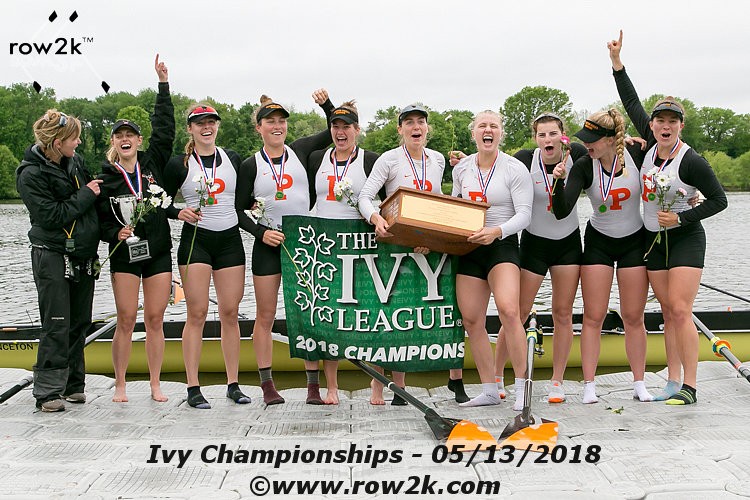 Princeton WV8 on the dock

"The 1V handled the pressure of being the favorites and set the standard for the team, and have become good racers this year," Dauphiny said. "I could not be more proud of them." 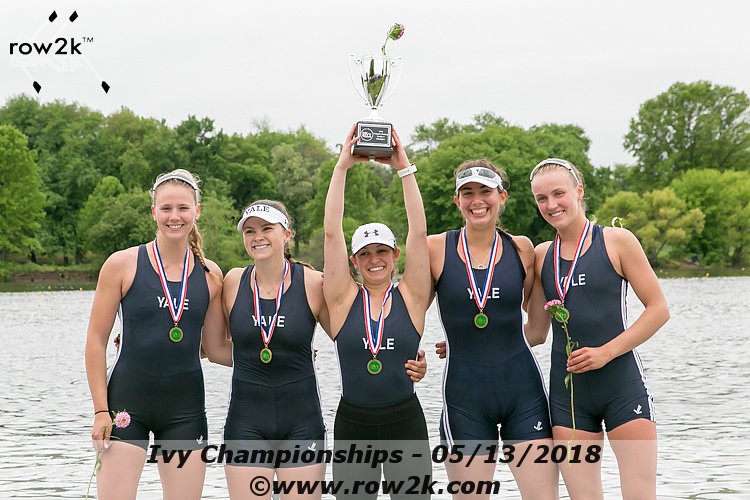 Of the elevator episode, Dauphiny commented on the unpredictability of race day.

"After big regattas, as coaches we are often asked if things went as planned, and I would say there is always something out of your control," Dauphiny said. "In this case, three rowers from Princeton and several from other teams, including three in the Yale 1V that was about to race, were stuck in the hotel elevator with no power right before the racing started. The races were delayed while the fire department dealt with the issue. So yes, that is something you would never anticipate happening."