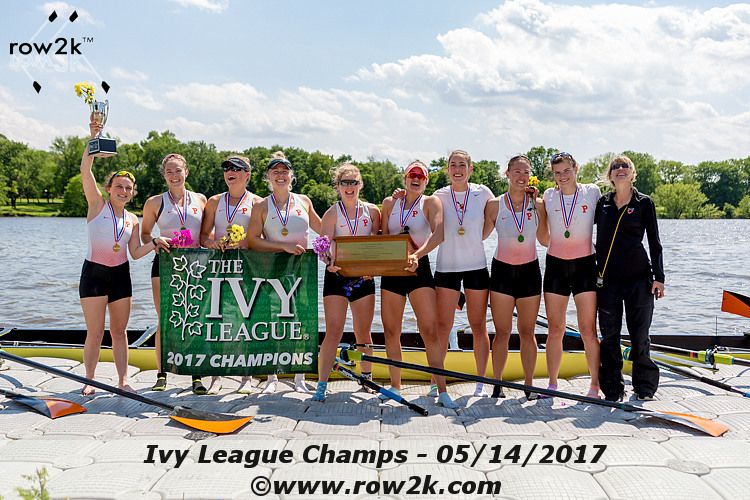 The Princeton women's Varsity eight closed out an undefeated regular season with a Cooper River course record row to earn the Ivy title in the eight as well as the automatic NCAA qualifier for the Ivy League, while Brown took the team points trophy for the fourth consecutive year.

Brown, Princeton, and Yale split up all the NCAA event medal as well as most of the non-NCAA medals; Radcliffe punched through for bronze in both the 3V8 and the Varsity Four B for bronze; find the overall team points below.

Varsity 8
The Princeton eight had squeaked through most of the regular season with half-length wins every weekend, but in the finals was able to put a small patch of water behind them on the way to a four-second victory with a new Cooper River course record time of 6:07.38 over Brown in silver position and Yale in bronze, with Penn, Harvard and Columbia following. 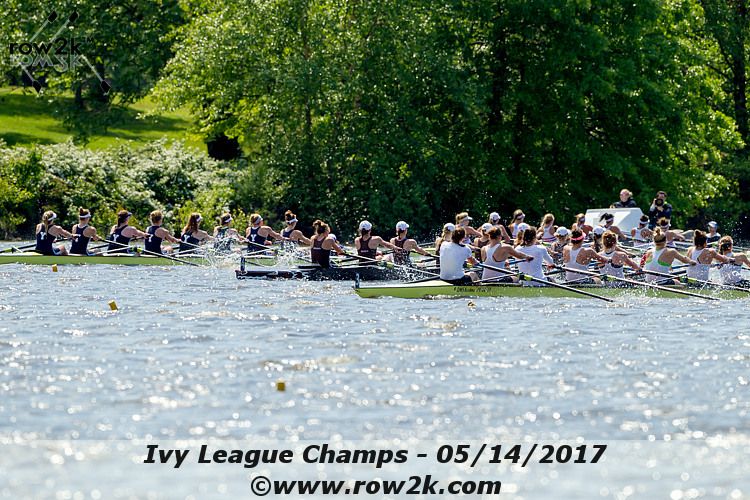 Princeton five-seat and team captain Georgie Howe reflected after the race on how her crew approached the season and the championship.

"Before this race, we were sitting down at lunch, and our three-seat Izzy Nappa read a quote that I had said to her, and I didn't know she had kept it," Princeton five-seat and team captain Georgie Howe said. "It was that success is hard, and that you have to grasp it with both hands, and have the undeniable confidence that you will do what you need to do, and that you’ve done it before."

"Every race is definitely a test for the program," she continued. "Every race we’re trying to step forward; though you have your normal ebbs and flows throughout a season. Our first race is with Brown, and that’s our foundation. From there we’re always trying to be moving forward, and every race is an opportunity to do that in a very high pressure environment, because the Ivy League is a very competitive league for sure. We have great competition with Brown and Yale; those are always really hard races, always really good tests. I think we’re really fortunate in the Ivy League to have a race every weekend; it is a really cool tool to improve your rowing and racing ability."

Out on the course, Howe said her crew fought for their advantage, and then when they found themselves ahead going into the final stretch, trusted training and technique to get them across the line.

"We never take anything for granted; we race every race like it’s close, and if you take an inch, that’s a precious inch, really hard to get," she said. "In these conditions especially, anything you get is really tough to get."

And when they had a bit of clear water?

"You don't want to count your chickens before they’re hatched, but you definitely want to give it a fair shake of the sauce bottle," she said. "You want to be going harder and harder, and of course there’s that niggling feeling in the back of your head, don’t crab, don't mess up, don't crab… But when I have those thoughts, I just go back to technique. Drop it in, hands out; drop it in, hands out. I think when it gets hard like that in conditions like this, all you have to do is go back to technique, and trust that you have the fitness and power. You have gone hard since September, so you know what going hard feels like, and the technique is going to get you across the finish."

Second Varsity Eight
The second varsity eight may have been the race of the day, which came as no surprise to folks who have been following the top three teams this year, when the three teams had raced within closed water of one another all year. Brown had lost to both Princeton and Yale, and Yale came into the championship undefeated, however, but come championship time the Brown 2V rallied for a solid three-second victory over Princeton for silver and Yale for bronze. 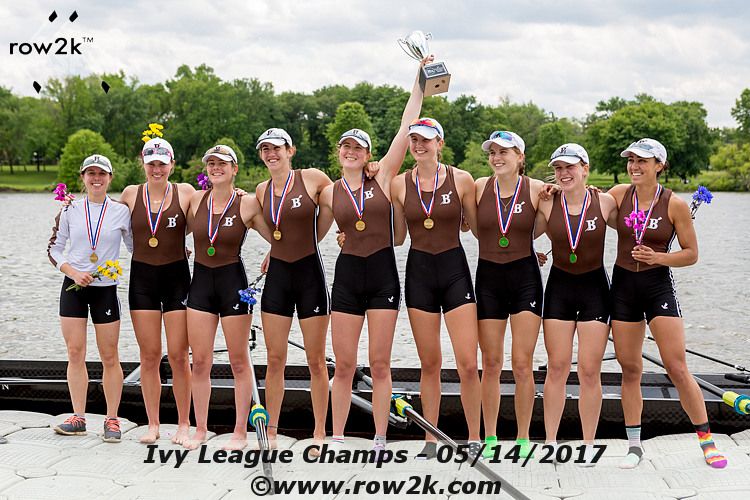 "We have been working really hard this season, and it has finally paid off," Brown bow seat and team captain Alia Shafi said. "It is always fun racing against tough teams like Princeton and Yale; it was a great race, one of the best I have had all season. We just rowed our race and luckily it worked." 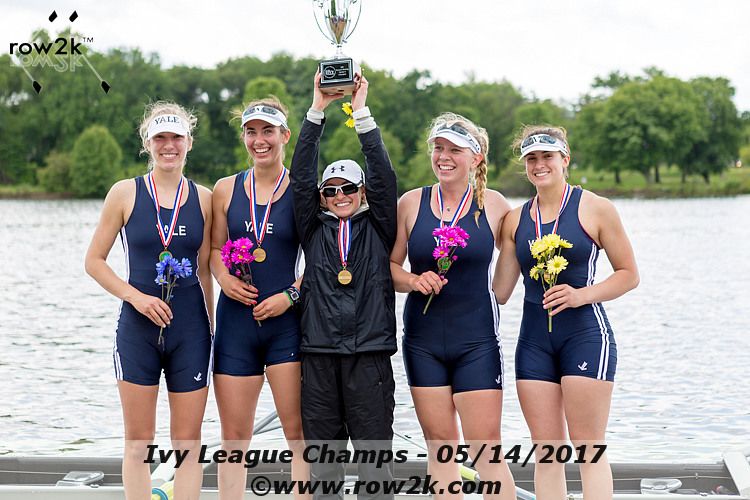 "Practice is competitive," she said. "There is no letup between the two boats during pieces or steady state and the side by side competition makes each of us faster. We enjoy having the opportunity to practice together and I think the training has made us much more ready to race."

Coming into the championship, the crew approached being the favorite as a chance to show their best.

"We had worked hard all season in the tanks, on the river, and in the weight room, and we have learned to trust our fitness," she said "We know to trust that our 3rd 500 will be just as fast or faster than the pace we set during our first 500.

"Our approach as a boat was to just keep doing what we had been doing," Horvat continued. "In our minds it was just another race; there were six boats instead of two, but it was still just a 2000m piece. We like racing and were excited for the hot, fast, race that we knew was coming. We were confident in our speed and saw this race as an opportunity to 'let it rip,' as our coaches say.

"We were really happy to win the points trophy," Brown captain Shafi said. "We have worked so hard and I really think we were able to come together as a team this past weekend. I am excited about the next coming weeks and the possibility of getting an NCAA bid!"