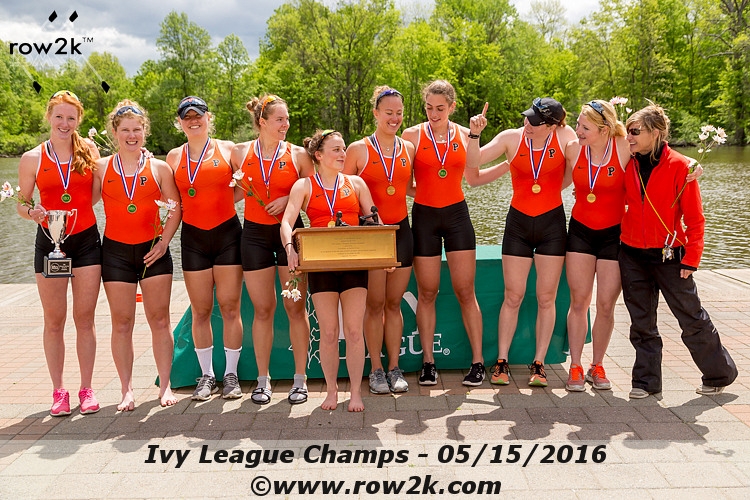 After first moving venues to Princeton, switching to a four-lane Grand final instead of six, then changing race times to start at 6am, then massively compressing the schedule to be done by 10am, the Ivy Rowing Championship got underway a few minutes after sunrise on Lake Carnegie in really pretty good conditions.

The move was well considered, as all of the local alternatives were whitecapping before 8am up and down the east coast; some conditions the previous day at another course were described as " from cross tail with heavy chop to Biblical." While the Carnegie had some swirly winds, the water was nearly flat, and the little bursts of wind not anything any rower would flinch at.

By mid-morning, Princeton raced to an upset win in the Varsity 8 to earn the Ivy NCAA automatic qualifier and the NCAA points lead, and Brown had medaled in every event to take the overall points trophy. The NCAA events were split among three teams: Princeton in the V8, Brown in the 2V, and Yale in the V4. 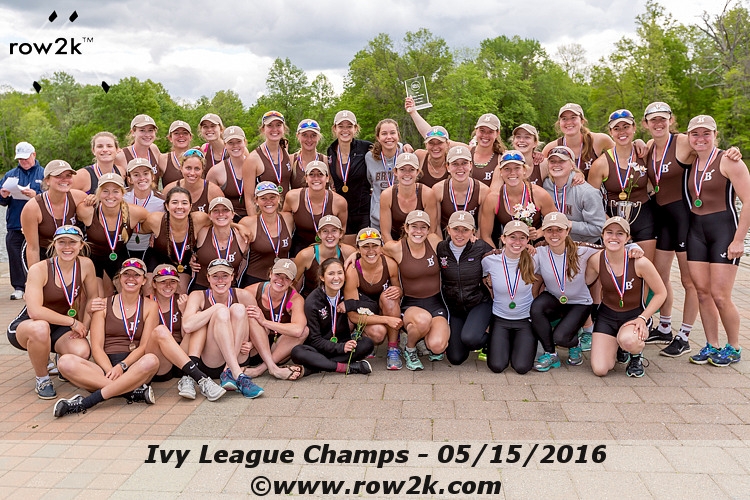 Brown women
After a full series of heats starting at 6am, the 8:50am Varsity eight grand final, the winner of which determines the Ivy NCAA automatic qualifier, saw Princeton charge out in the first 1000, followed by Brown staging several surges down the track that couldn't quite get past Princeton, who held on for the upset win by three and a half seconds in 6:28.039, followed by Brown for silver in 6:31.588, Yale taking bronze in 6:41.745, and Penn beating their original fifth seed to take fourth in 6:50.281.

"There were a lot of schedule changes and logistics to figure out, but I think we were able to keep calm and unfazed," Princeton senior Meghan Wheeler said after the racing. "It's not hard to remain focused when all you have to do is race your hardest and give it your all, and that's what we did.

"Those final strokes were really special," she said. "Until we crossed the line I was thinking about not catching a crab and just holding on until the final strokes, but there was a creeping feeling that we had done it."

"I remember talking in our discussion before their launch that this will be tight," Princeton coach Lori Dauphiny said. "I told them to expect to be down, expect to be up, just expect tight margins. When you looked at the results this season, it looked like a tight race. Brown made a push in the second half, but Princeton was able to hold. That was exciting to see."

In the Second Varsity 8, Brown was able to reverse the trend, countering an aggressive Princeton charge a couple minutes into the race with dogged persistence in the second 1000 and right to the line to get themselves a three-seat victory over Princeton in second, followed by Yale. 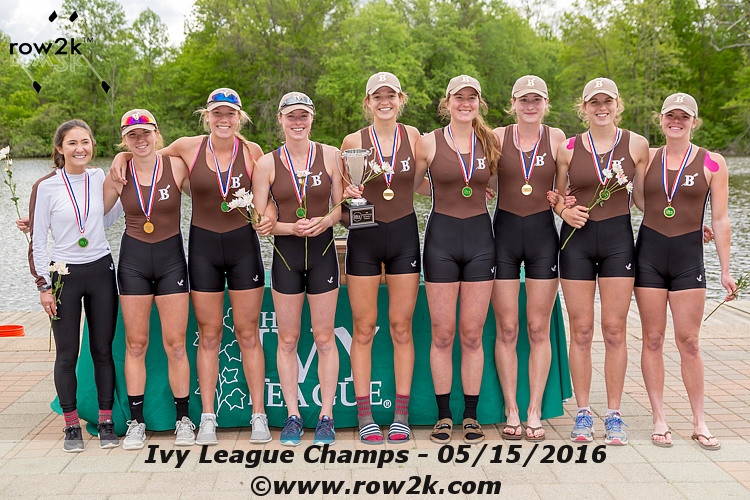 Brown Second Varsity 8
In the Varsity Four, the Yale four raced hard early, which served them well when they were able to keep clear of what turned into a slice of a photo finish between Princeton and Brown, with Princeton getting the silver by only 0.061 over Brown in third. 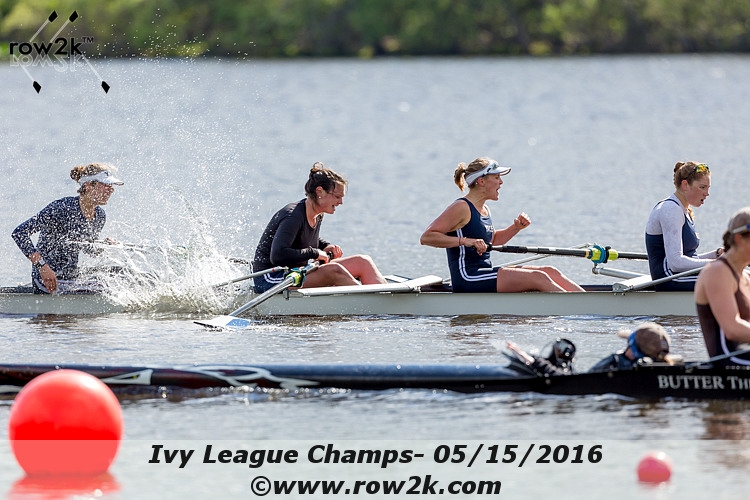 Yale Varsity Four
Brown medaled in all six events, including wins in the Second Varsity Eight and Varsity 4B and 4C, and won the overall points trophy with 83 points, followed by Princeton with 80, Yale 65, Harvard-Radcliffe 50, Penn 46, Dartmouth 28, Columbia 24, and Cornell 22. After the racing, Murphy said his team handled the schedule changes well.

"All the crews handled it well," he said. "When we got here in the morning they were all cheerful and ready and exuberant."

Brown is known for picking up speed going into the NCAA Championships, having done it repeatedly over a long period of time; asked about his plans for the next two weeks, Murphy was circumspect.

"If we are selected, we have two weeks to see what we can do," he said. "I'm not disappointed in anybody's performance at all, but if we can go faster, that's what we're supposed to do!"

In the NCAA events, Princeton, Brown and Yale each won one event and medaled in all three, with all the prizes in the NCAA events going to those three teams. The final points tally in NCAA events: Princeton 67, Brown 64, Yale 58, Radcliffe 41, Penn 38, Dartmouth 25, Columbia 17, and Cornell 14. In the overall regatta, in addition to Brown's six medals, Princeton medaled in five of six events they entered; Yale medaled in all four events they entered, and Harvard (V4B), Penn (V4C) and Cornell (V4C) in one each. 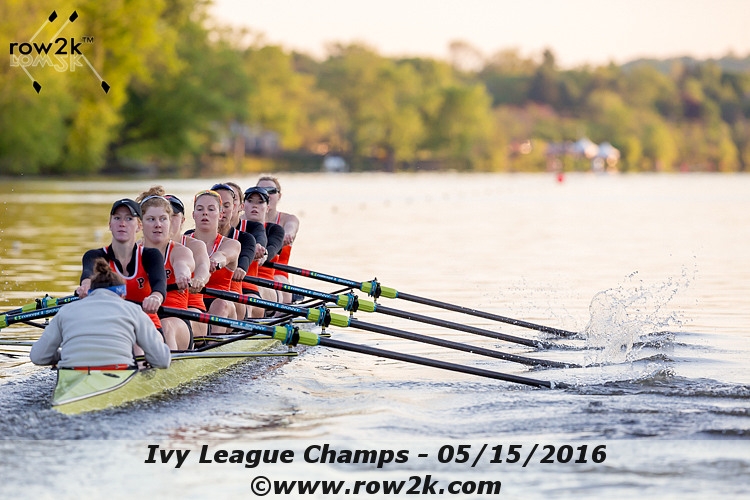