Trailers have gone west with athletes not far behind as we approach the ultimate championship weekend and friends, family and alumni turn their eyes to Sacramento for the 111th IRA Championship. Come Friday, nearly two weeks will have passed since most of the crews racing will have seen one another on the water. In those mere fourteen days, the strongest and fastest have become even more powerful, and the underdogs have pushed to steal some seats and hopefully some medals from the frontrunners. The work put in during the regular season can be seen on a weekly basis as teams line up for dual races, but what happened in this wait between regattas—when classes are wrapping up and many student-athletes can focus everything on IRAs— may decide everything.

As for conditions, the winds at Natoma can be a little tricky, and the sun hot; temperatures are already estimated to be in the low 100's this weekend (which will likely result in some changes to the racing schedule, so be advised to keep an eye). So how do you maximize speed in the heat? A balance between conserving energy in tough conditions, and racing for a spot in the final—and a potentially favorable lane at that. But as a rower who just made it through the repechage once said, "You can only win the final if you're in the final."

The heavyweight races offer the largest opportunity for upsets and successes as east and west coast crews combine for the first time this season. Despite Brown racing Washington in early April, there is not a precise gauge to estimate what is likely to be the top matchup—Harvard vs. Huskies. These two powerhouse crews have history, tradition, and some freaking fast guys fueling their quest for gold. Washington, who has placed in the top two spots for the past six years, are the defending champions, but with the taste of victory from Sprints, the Crimson men are going out west with vigor.

Not following far behind are two intense pairings: Cal vs. Stanford and Brown vs. Northeastern. Both duals saw surprises this year as Stanford twice trumped 2012 IRA bronze medalists Cal, and Northeastern edged out Brown early in the season, only to fall to them at Eastern Sprints. If Harvard and Washington are able to turn the race for gold into a dual, which is never certain, a medal is up for grabs between these four teams, and with a tight field between the top six seeds at least, nothing is certain.

The varsity and open four races typically feature a mix of approaches when it comes to lineups. Each coach and team has a strategy when it comes down to putting together fours—who to prioritize, what to sacrifice from the other boats, who to bring along to develop or reward, who goes home. Because the open four races will require teams to have two eights already fielded, the depth of the programs will be demonstrated as their remaining athletes compete.

This year's IRA Championship will feature a new dimension as the first season without the freshman rule comes to a close. The field of frosh crews at this year's regatta is smaller than in past years as the younger athletes fill seats in varsity boats. Even the crews are fielding a Freshman 8+ may not be placing their top freshman in that boat as they look to gain points in other races. It will be an interesting demonstration of the value of this new allowance in seeing how teams prioritize their athletes to maximize speed at their final throwdown.

The lightweight men's race has ten boats gunning for the win. Because the men only have Sprints schools racing one another, the results could potentially look very similar to their last race two weeks ago – although the frequency of "upsets" at Nationals when assessing solely on Sprints results would surprise many onlookers (if not connoisseurs of lightweight men's racing, who know how tight the league can be, and how tenuous the position of a perceived favorite can be) . The Harvard men have shown their strength, yet Yale has been right behind—and after winning the Jope Cup, the Bulldogs are looking for victory. Behind them, crews have shuffled position all year long, and the race in the middle of the pack even has the potential to nip the frontrunners. In general, the IRA can be like a completely new season for lightweight men.

The light women's racing will show a tight field where many of the crews are capable of capturing the gold. Early in the season, the Radcliffe women showed their dominance as they trumped 2012 champs Stanford; and again at Sprints, when Radcliffe took all in both the varsity four and eight. But come their race Saturday, it will have been nearly a month since their last championship race, and no teams will go down without a fight. Both Princeton and Stanford have had strong seasons despite a few losses, and the Wisconsin women do not trail far behind and could be dangerous now that they have some water time behind them. Take note coxswains: look around, you may be surprised!

Don't forget to pack your sunscreen, or at least wear your shades when reading row2k—the sun won't be the only hot thing this weekend! The regatta promises fast crews, exciting racing and uni-tan lines. Stay tuned with us for the latest IRA coverage, results and photos. 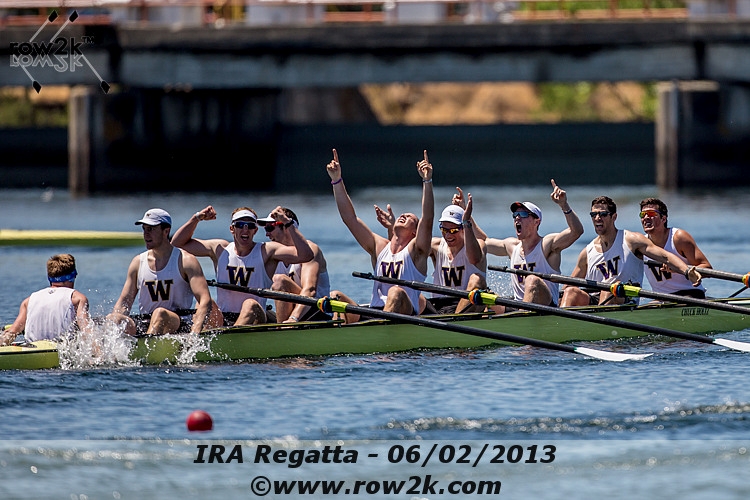 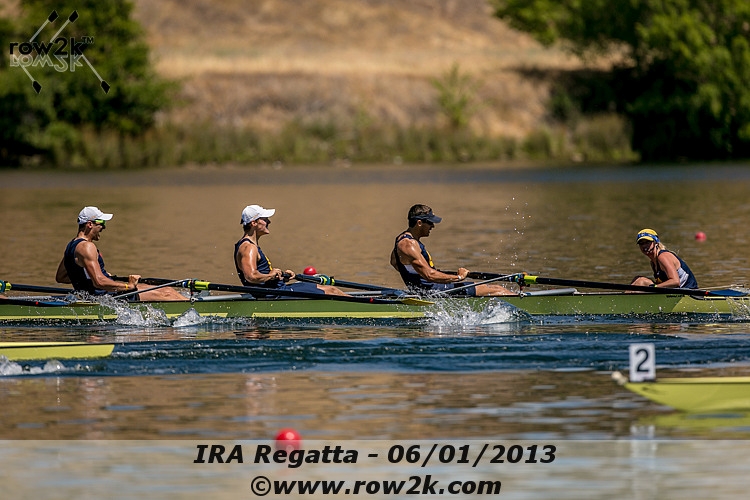 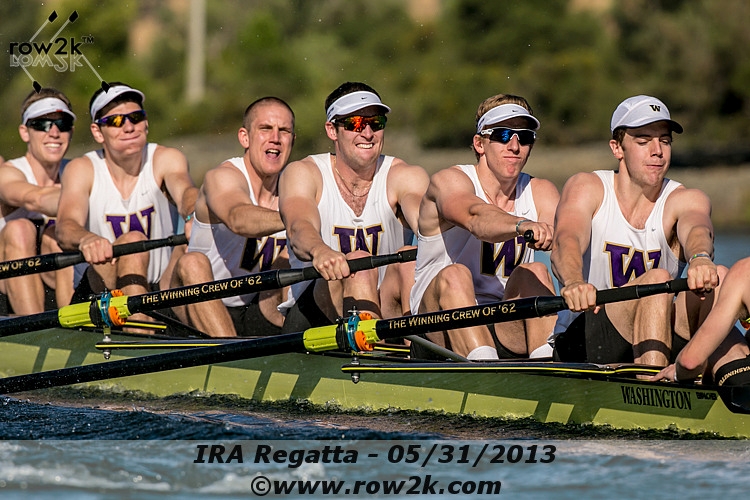