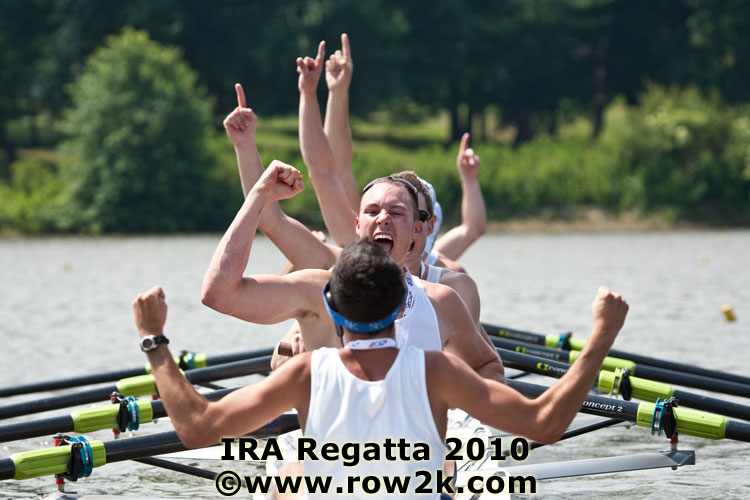 On Tuesday, the Board of Stewards of the Intercollegiate Rowing Association (IRA) announced the final list of crews qualified and accepted for the 2011 regatta. For 109 years the IRA has been an invite-only affair, but the recent reduction of the field to 18 teams has given new urgency to “qualifying” and, as noted in row2k’s EARC Sprints and PAC-10 coverage, more than a few non-podium spots were hotly contested for the sake of capturing the final few IRA bids. To be accepted, teams must have varsity status within their respective Athletic Departments, and all Varsity Eights had to row a lineup compliant with the IRAs “no freshmen” rule at the event where they finished in a qualifying position.

On the one hand, this second year of the 18 school limit and qualification process led to some great racing, and perhaps a few anxious moments for schools left to see how the “at large” bids would fall. Worcester saw a few examples: Columbia’s lightweights out dueled Georgetown by just .115 seconds to win the Petite and lock up seventh and the last EARC lightweight slot. Cornell’s Heavies were in the ninth and final spot during the EARC Petite until Dartmouth out-sprinted both the Big Red and Navy to grab eighth, putting the Midshipmen in the last “guaranteed” spot and Cornell on the bubble. Just behind, Georgetown was fighting to stay in 11th, just ahead of Columbia, in case the EARC schools only received two at large bids, and even the third level final was a dogfight early as Penn looked to grab 13th over Northeastern for an outside shot at an “at large” nod. In the end, the EARC did go 13 deep on the bids, with Pennsylvania getting the final invite.

On the other hand, the qualification process outside the EARC was byzantine, given the mix of varsity and club crews at many of the qualifying regattas (like SIRAs, WIRAs, and the Dad Vail, along with the fact that these regattas neither have nor enforce the IRA’s “no freshmen” rule. For much of the season, Stanford raced a “non-compliant” lineup, making use of their talented frosh Austin Hack during the regular season. This led to speculation that Stanford, a lock for one of the top three PAC-10 spots and thus an automatic invite, might be unable to accept, putting another “at large” bid up for grabs. Ultimately, the Cardinal raced PAC-10s with all upperclassmen, which is the crew they will bring to Camden. The SIRA champion was FIT, who rowed with freshmen and narrowly beat out a compliant Temple line-up that went on to miss their last shot at qualifying in the semis at Dad Vails. At the Vails, the top two spots went to a club team (Michigan) and FIT, still racing a non-compliant lineup. In fact, the only varsity, upper-class boat to make the Vails final was Jacksonville, so the Dolphins eight was the only crew with a shot to use the race as a qualifier in the end. WIRAs in 2010 produced a similar situation, but this year, WIRAs saw two eligible crews in the top two spots, UCSD and Gonzaga, both whom celebrated “getting a bid” and rightly so. Not celebrating? The Oregon State crew which beat both WIRA qualifiers, UCSD at the Crew Classic and Gonzaga in their annual duel, but saw its season end when they took fourth and PAC-10s and Pennsylvania got the final “at large” selection.

Of course, these issues only affected crews on the participant end of the spectrum: the real contenders to win the Varsity Challenge Cup and Ten Eyck Trophy at the 109th IRA—Washington, Cal, Harvard, Wisconsin, and maybe Princeton or Brown—have had their bags packed for Camden for weeks

Heavyweight Men
In the Varsity Eight, the following 18 schools received invitations to compete for the IRA National Championship, and have the option of also entering a Second Varsity Eight, Freshmen Eight, Varsity Four, and Open Four:

IRA affiliate schools which did not qualify for a Varsity Eight invitation have the option of racing in the Varsity Four only. The following schools will exercise that option and compete in the 21-boat deep Varsity Four event (Columbia, Cornell, Gonzaga, and UCSD have not entered this event):

Lightweight Men
Eight schools will contest the Lightweight Men’s Eight National Championship, with bids going to the top seven finishers at the EARC Sprints and with one bid accepted by Mercyhurst, the winner of Dad Vail Regatta.  The accepted crews are:

Five of these schools exercised the option to race in the Lightweight Men’s Four event: Cornell, Harvard, Navy, Princeton, and Yale.

IRA affiliate schools which did not qualify for a Lightweight Women’s Eight invitation have the option of racing in the Lightweight Women’s Four, an exhibition event. The following schools will exercise that option and compete in 7-boat event (Bucknell, Buffalo, and Georgetown have not entered this event): 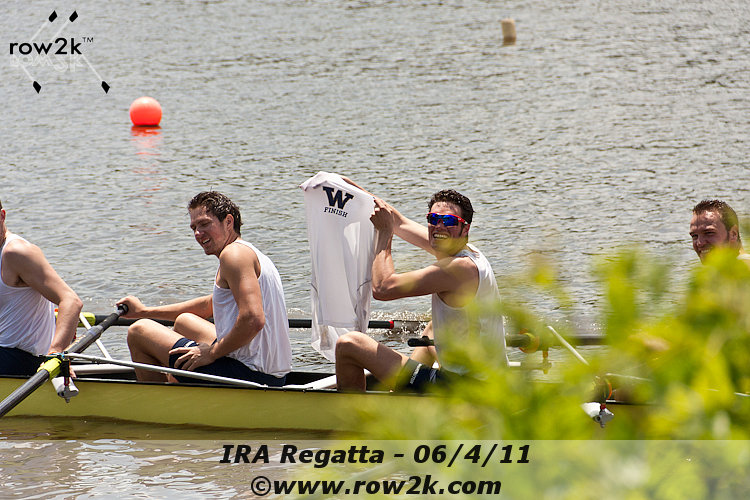 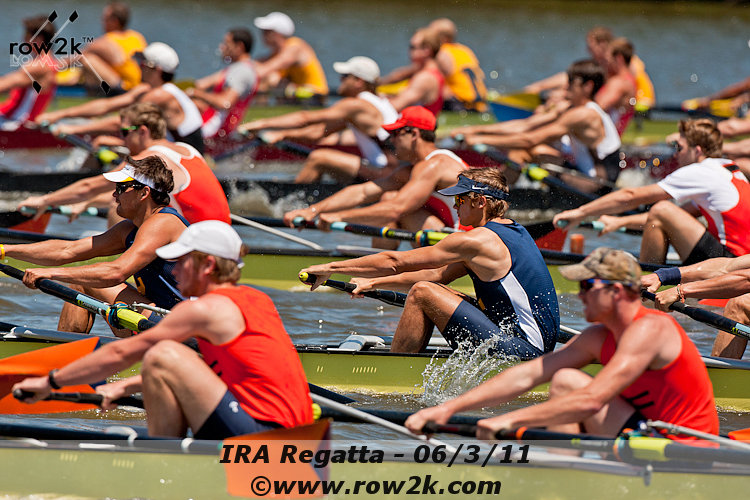 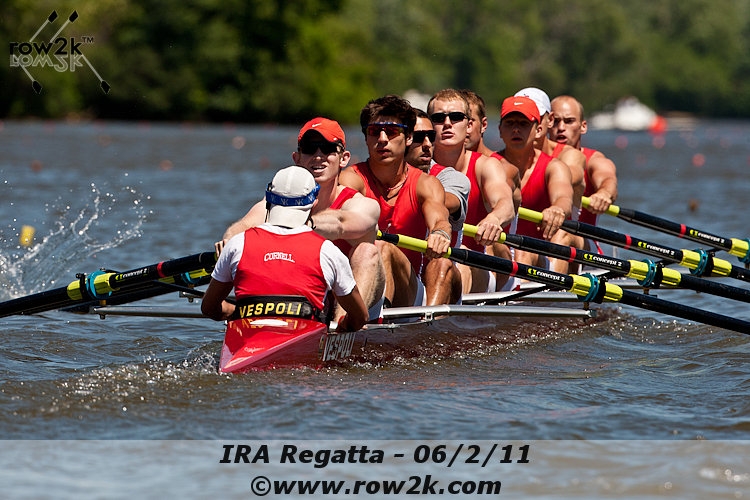