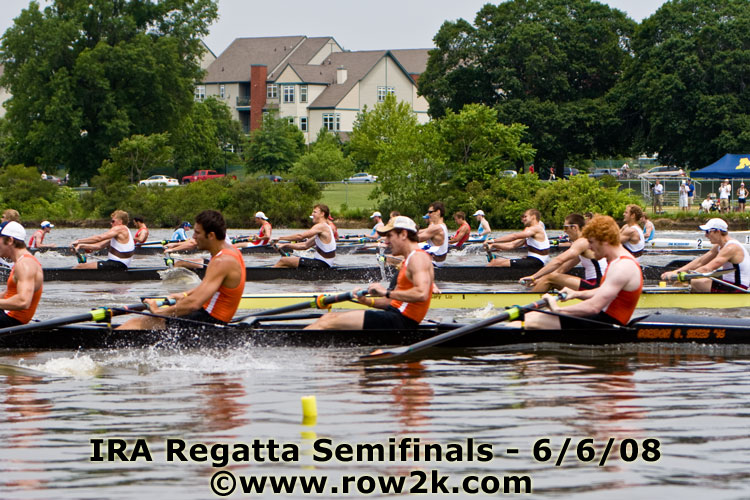 There are rowing fans who, given the choice, will choose to attend semifinals day over finals day ? the racing is frequently tighter, more unpredictable, borderline reckless, and every bit as emotional. If you had made that choice today, you did not go away disappointed.

You need look no further than the second semifinal of the Varsity eight for the evidence. From first to sixth, only 2.86 seconds separated the field, and that was arguably as much margin as we saw the whole race. And to top it off, the Columbia varsity ended yet another long draught in V8 racing this season by rowing into the Grand Final at the IRA for the first time since the 1930's, by most guesstimates. And it wasn't easy; to pull it off they had to row through the reps yesterday, and today to get ahead of the two Sprints medalists Brown and Princeton, as well as a Cornell crew that seemed to be peaking at just the right time.

Despite the tight pack at the finish line, Wisco did control the pace of the race for the most part; after establishing about a third of a length lead by the 1000, they were mostly defending their position for the rest of the race, not scrambling merely to stay ahead. The race behind them, however, was fierce, and following the race, I would say all five of the other crews were in what looked like a convincing qualifying position at some point. It wasn't until the last 300 meters that Stanford made a solid bid for the second spot, and they were just barely able to stay clear of the knife fight going on right behind them. Columbia was in fourth out of qualifying position with 400 to go, but by the time we picked them up again at the finish, they had nudged their bow ahead to take the third spot in the grand.

After yesterday's heats, members of the Washington V8 had said that their plan was to blast out a scorching first 1000, but they had not quite got the job done; they clearly were set on making up for it today in the first semi. Five hundred meters into the race, Washington had a half length on Cal, and the Huskies stayed there for the next 750 meters, eventually edging out to more like eight seats late in the third 500. Harvard fell off the pace early, but then staged a comeback mid-race that looked for a while like it was going to do the trick; Northeastern, however, had not started to charge yet, and when they did, they found some distance on the rest of the pack that proved to be plenty. Cal never stopped going after Washington, and closed toward the finish; there is definitely a never-say-die mentality when these two programs line up on the same course ? the same thing happened in the frosh eight semi a couple hours later: with ten seconds of clear water behind them and three to qualify, the Cal and Washington frosh raced it all the way in out front ? neither seems willing to let the other have any quarter, no matter the price or circumstance. It's really something else to watch.

In the 2V semis, the most memorable happenstance ? no matter which side of the call you were on ? was the photo finish between Orange Coast and Cornell for the third and final qualifying spot from the semi. The crews came across the line together, but the photo finish went to Coast ? by 0.002 seconds. That's two one-thousandths; how much is that, the width of a silver dollar? The times:

The day began and ended with lightweight women's racing; Wisconsin and Princeton reliably won their heats in the V8, with Georgetown, and Stanford also advancing directly to the final. In the afternoon reps, Radcliffe and Bucknell bested UCF, MIT and Duquesne to advance to the grands; these three will race in the petite final.

Finally, the first medals of the 106th IRA were awarded today in the light women's four, with top honors going to the Loyola Marymount crew after a 12-second win in the last race of the day, followed by Princeton and Fordham for the silver and bronze. Note that three of the crews in the event did not race in the V8, so were competing with their top four lightweights; it really showed with the crew from LMU.

As the day wore on, temperatures in Cherry Hill rose into the mid and upper 80s; as announced on the row2k main page and IRA department, note that this heat wave rolls in in earnest tomorrow, so the regatta will be run on a compressed schedule in hopes of avoiding very high afternoon temperatures. The whole thing will be done by shortly after 1pm; consult the new schedule for complete info, and the results link also now reflects the new race times. Racing resumes at 7am Saturday with the heats of the men's lightweight eights. 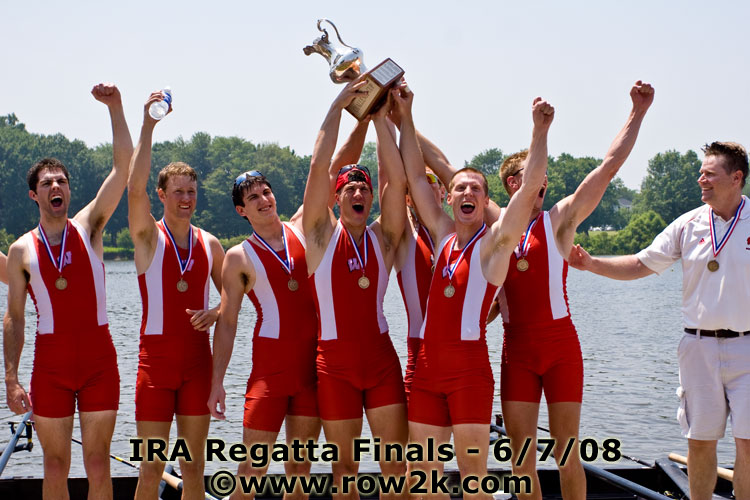 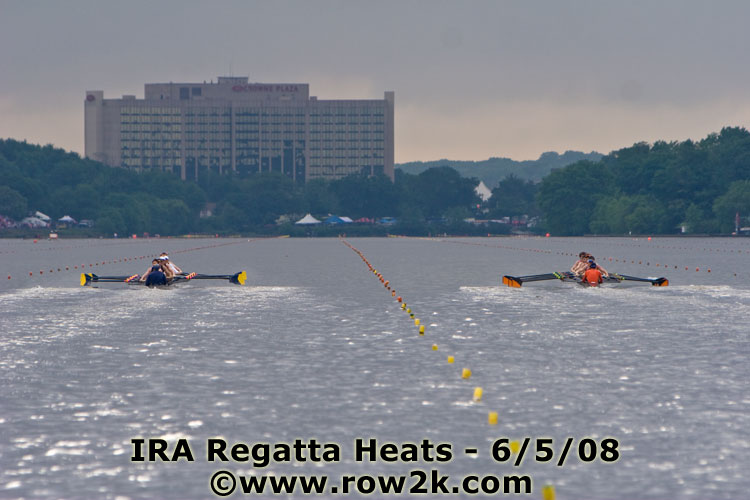 Dog Fights on the Cooper River 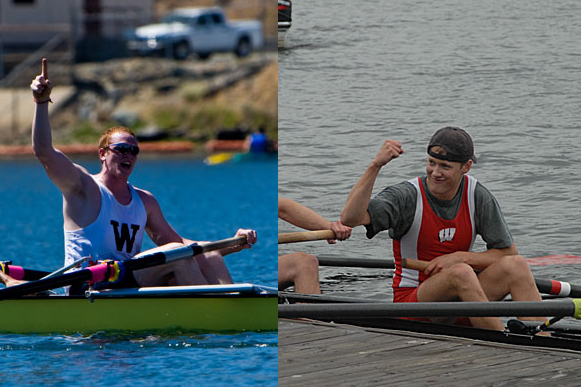 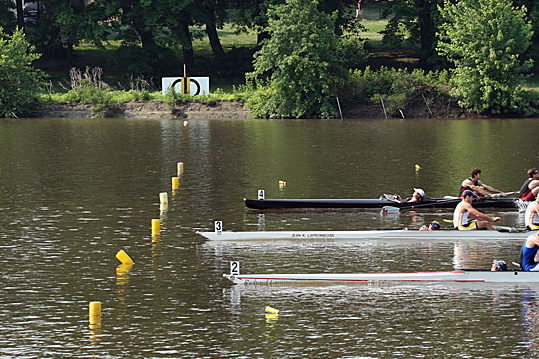