Lucy and Jamie Koven at the final turn

The hotseat of the day on Sunday had to be Lucy Koven, sophomore stroke of the Princeton Women's Champ Eight, landing after finishing second, jumping straight into the double with her dad, Jamie Koven, rowing back up to the starting line, and then racing and winning the Directors Challenge Parent/Child Double. The two races started 68 minutes apart, whew.

row2k caught up with the Kovens after the race.

row2k: Did you really make your daughter row twice?

Lucy:No, he really didn't. I feel very lucky to get the chance to race with my dad, it's very fun and he pulls me down the course.

row2k: All kidding aside; as your kids have gotten older is is it fun to be able to hop in a boat at a really a really high level and do this?

Jamie: Yes, I love it. I just love the fact that Lucy is willing to do it. We did the first year I said, "we're just gonna row down the course, we're just going to have fun," and then Lucy turned around and said "no, we're going to race, and we're going to go hard."

We've had our fourth race, and this is the first time we've won and it's been great. I normally don't get to row with her, normally every once while I get to jump in and practice with Lucy and Caitlin [Esse, Koven's pair partner] and I get to go race them in a pair when I'm in the single, and I'm used to getting beaten by her.

row2k: Lucy, you come from a very high-performance rowing family family background, how do you balance performance and and fun? You seem as if you're really enjoying yourself.

Lucy: For me, racing is always the fun part. Everyone does this sport to be able to race and I also feel like getting to do races, like racing in the double with my dad, like keeps it fun. It reminds you how fun this sport can be, and how it brings people together. I feel like this regatta is the most perfect example of that, I just love walking through and seeing so many familiar faces. And it's really fun to be part of such a special community. 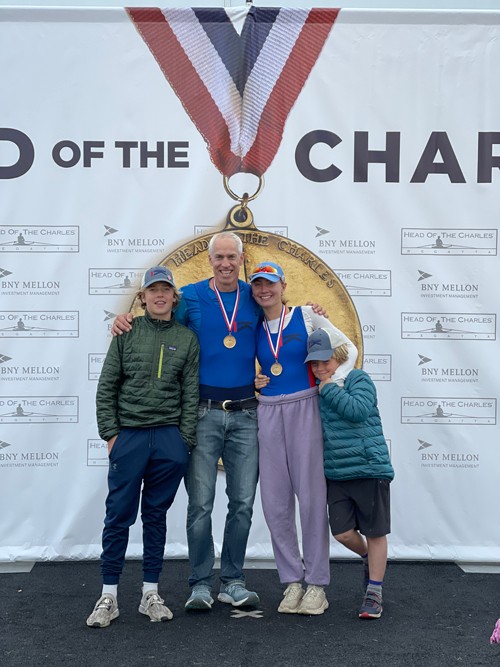 Team Koven on the podium

row2k: Jamie, did you ever think of rowing in those terms in your long career?

Jamie: No, I definitely did. When I switched from the eight to the single I actually really missed the rowing with other people and the fun aspect. And that's why I was really lucky when Aquil [Abdullah] came up and trained with my training partner. We did it as a group, we did everything together. And so, absolutely, I tried to make the training as fun as possible.

Although I rowed with my brother Gus, I didn't have the opportunity to row with my parents. I wish I had, but that's why this race is so cool. I don't know if you could tell, but Charlie [Lucy's younger brother] was riding on the bike alongside us during the whole race cheering us on, Charlie was a key part of the race. 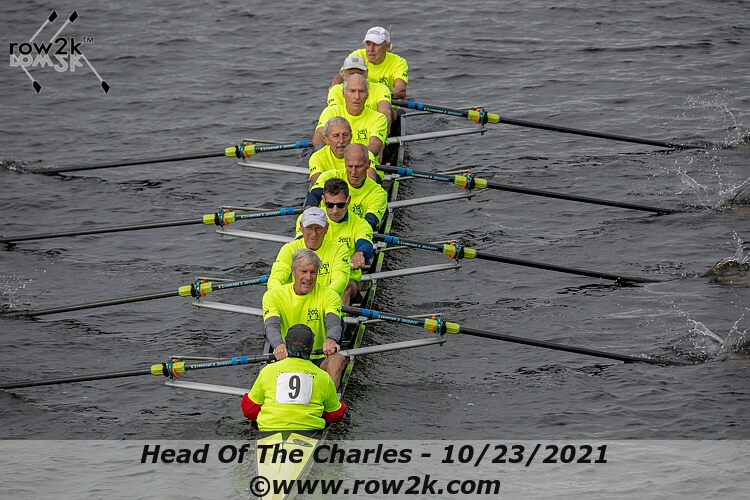