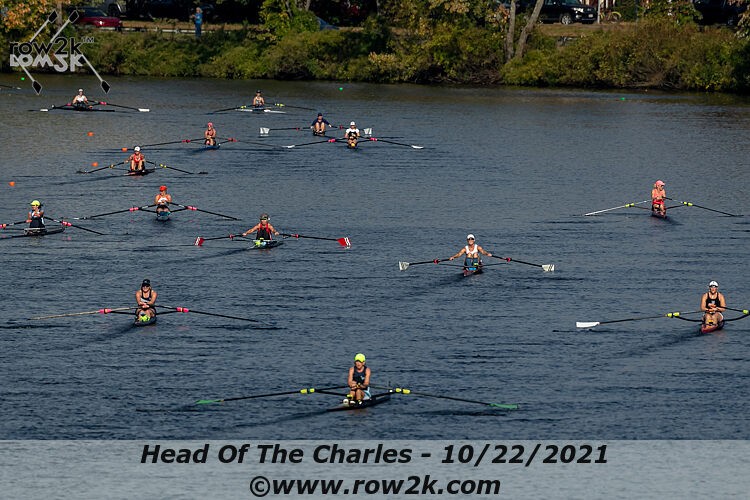 The HOCR is back!

The Head of the Charles is back, and folks had really missed it. During the first day of racing in Boston, an inaugural Friday matinee of Grand Masters and Veterans Singles and Doubles as well as para racing, it was as if the pent-up demand of all of North American rowing for a giant fall party had to be released all at once.

"Things are going fabulously," said HOCR race committee member Amanda Cox. "It was a beautiful morning of racing, the sun is shining, and it's amazing to be back. The regatta worked really hard to make sure they could put this on this year."

"The logistics of adding a third day definitely changed the dynamics a lot, and it's gone very smoothly and I think everyone is excited to continue this new tradition," added Cox.

"The COVID plans have been going well, everyone has been really cooperative," added race committee member Laura Rothman. "The addition of Friday racing has meant a lot of logistical challenges," "It moved everybody up to setting up on Thursday, lots of new questions about practice, a condensed practice schedule for Friday afternoon, but in general everybody is very excited and is very happy to be back."

Save for the Para Inclusion events, the morning consisted of all over-50 crews; mosts folks looked better than the name of the Death Warmed Over Boat Club would suggest, but might privately agree with the sentiment. 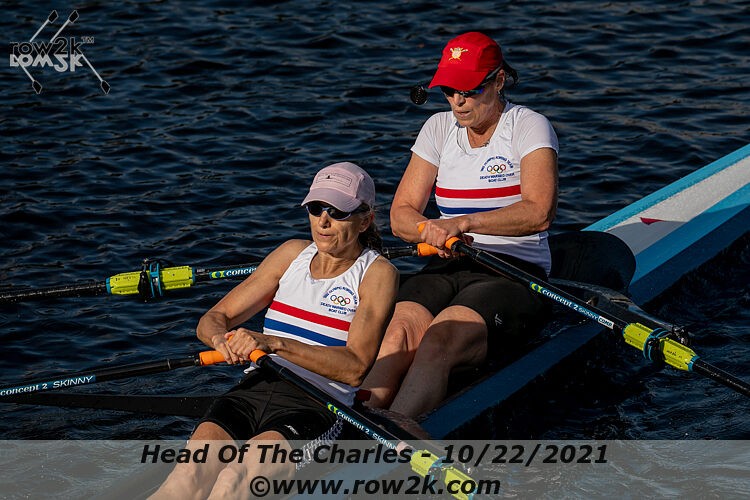 The two year layoff definitely did not cool folks off; Upper Valley's John Tunnicliffe used his first HOCR in the Veteran (60+) category to set a new course record in the event.

"It was interesting to race on Friday, and interesting with the new format, we'll see if it endures. I was concerned yesterday because it was so quiet, and there were no buoys out, and I was maybe a little unhappy with that, but seeing all of the activity today was great." 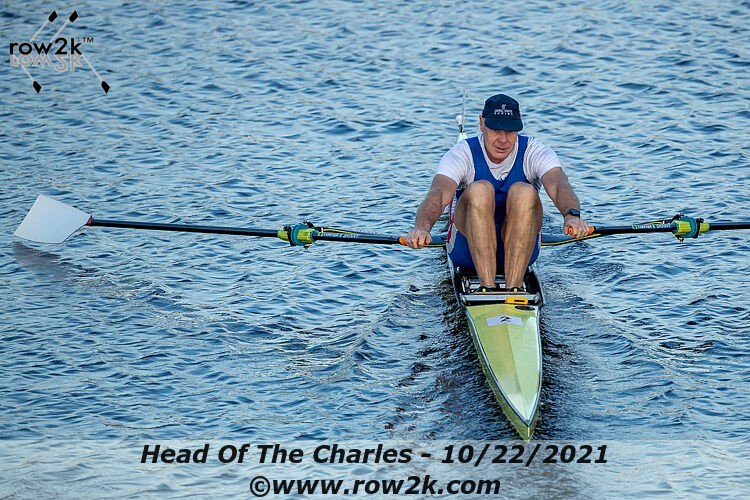 John Tunnicliffe enroute to a new record in the 60+ category

As notable as the record was the fact that today's conditions were by no means quick.

In the Mixed Para Inclusion Double, where Matthew Houser and Maurice Scott won going away.

"My partner Maurice steered a really good course, and we took advantage of the nice conditions," said Houser after the racing. 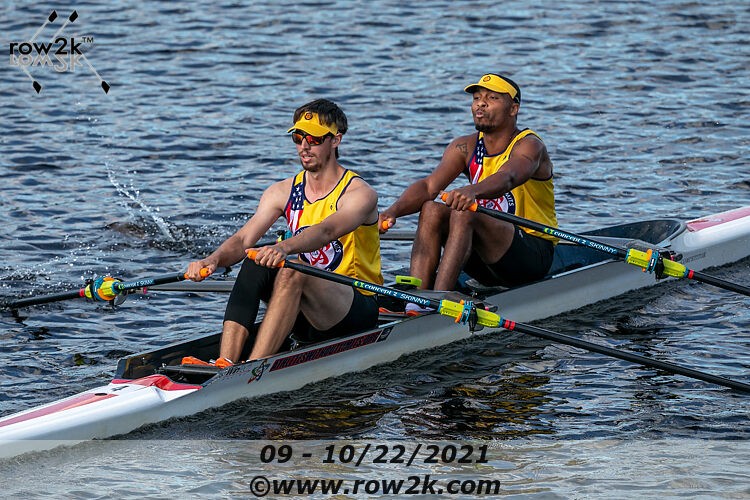 Without the shift to racing on Friday, Houser and Scott might not have been here. "Originally, Maurice and I were not going to come, because we both have weddings tomorrow, but when we got the call that racing got moved up to Friday, we both jumped on it."

For Houser, the continuing visibility of para events are an important part of the Head of the Charles. "It's fantastic for the sport of rowing to continue including and growing our outreach to bring in more people to this awesome sport."

The change to the three-day format caused an unintentional traffic snarl once practice opened at noon on Friday, with Masters, Collegiate and Junior crews all jockeying for dock space in a massively shortened practice window.

Previously, practice on Friday ran from 10am - 6pm, with some crews opting to practice "illegaly" on Friday morning before the docks had officially opened. Today, with racing running from the morning until almost noon, a typical ten hour practice window was compressed to five, and it showed...on the docks, in the parking lot, and on the river, where boat traffic backed up from the Eliot bridge almost to the finish line. 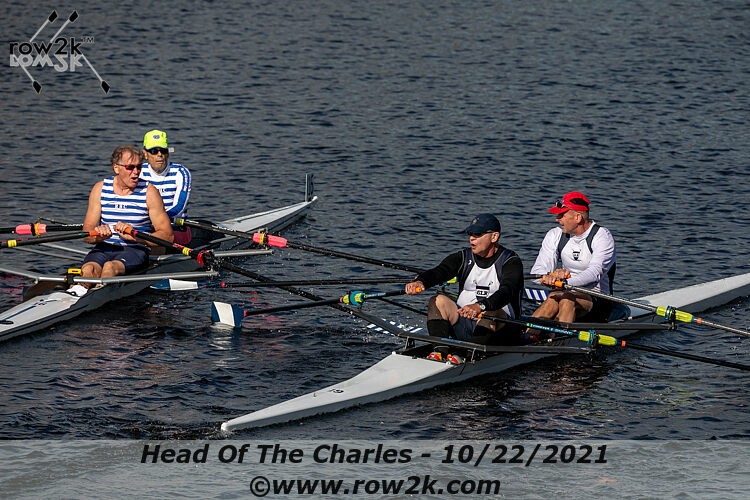 A few crews did even more than just practice on Friday, as we heard of several Masters crews who had spent almost a full week in Boston getting ready for the Charles.

"People are excited to race!" said Philadelphia Master's rower Greg Kaplan. "It's been a couple of years, and even though the course has not changed, people want to immerse themselves in the environment again and get a feel for it again. People love this race."

Finally, if I were racing in the Women's Masters Singles tomorrow, the following tweet would terrify me.

Tomorrow I make my debut into masters rowing! Master Women’s Single at 8:22am. Looks like it’s going to be another beautiful day for the regatta. Spend the whole day at @hocr! #nopressure #allforfun 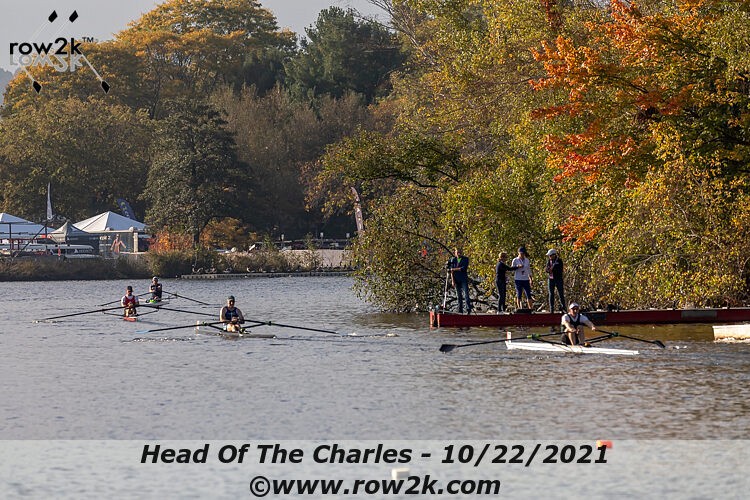 Around the final turn at Eliot
Related Photo Galleries