2021
Overview Features Photos Video News Pick'Em Resources ☰
Head Of The Charles Regatta > Features
How to Watch: Head of the Charles Will Be Live on YouTube
October 19, 2021
Sarah Barber – HOCR
2 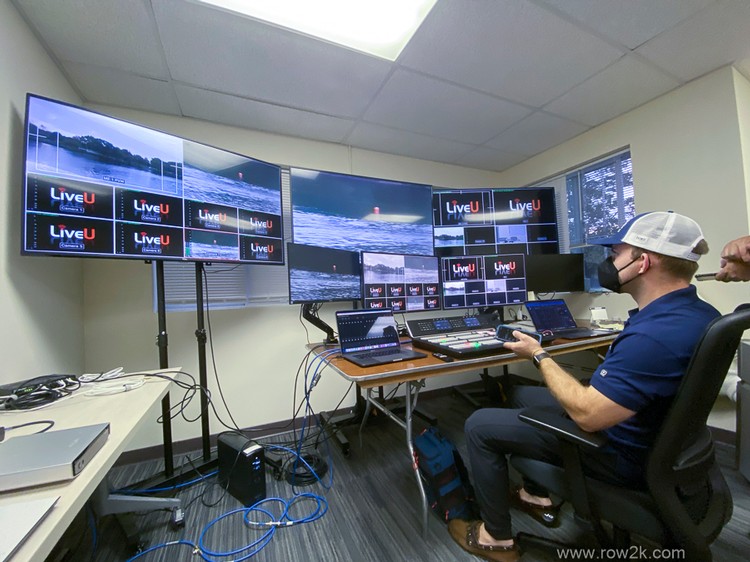 Something new and big has been added since the Head of the Charles ran its last regatta in 2019. For the past decade or so it has been possible to steal a glimpse of boats passing the Cambridge Boat Club on a live stream from a camera on the boathouse roof. But this year it will be possible to watch the entire regatta, every race, every boat, from the start at BU to the finish at Herter Park, on a professional level broadcast on the HOCR YouTube channel.

Watch at the following links:

Dan Beckham is the social media and broadcast coordinator for the regatta, and the man responsible for spearheading the broadcast project. He joined the Head of the Charles staff in March 2020, and directed the broadcast of last fall's virtual HOCR 4702 event. The success of the virtual regatta broadcast emboldened Beckham to suggest broadcasting this year's HOCR in full.

"In anticipation of this year, we realized that there was going to be an opportunity, we realized that there was going to be a need for folks who didn't feel comfortable coming into the country or didn't have access to the country if they're international athletes or spectators who want to come and be a part of the event," Beckham said. "We wanted to bring them the excitement, the sort of festival-like nature and just wanted to make it accessible, especially to the spectators. There are crews that come from all over the country and you know, it's parents and families that want to see their child, their children race and their friends and family race, so that's also sort of where broadcast comes in." 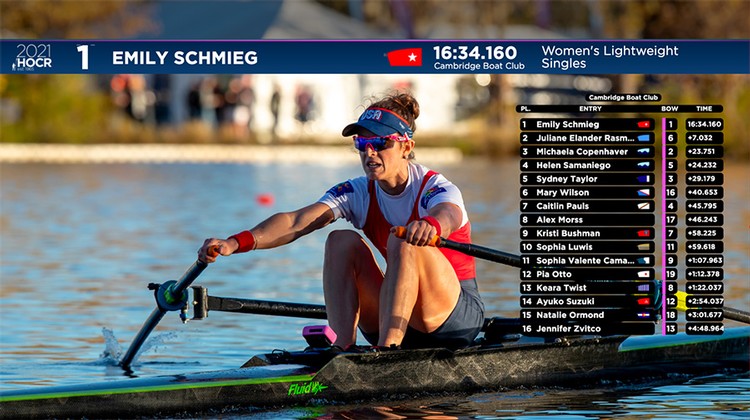 It's an ambitious project, but Beckham's goals for the inaugural broadcast are pretty fundamental.

"The best outcome for me is if we can get the show out to folks and get people excited and show people that Head of the Charles is back after a year off, with a new offering that's going to let people watch from wherever they are," he said. "That's really exciting to me and I guess the best outcome is that we get a good response to it."

The live broadcast will feature a visual base layer of nine cameras placed along the three-mile Charles River course. Shots will vary, including beauty shots of the skyline and river, as well as tight zooms and pans of the races. The broadcast team is working with equipment from technology company LiveU to transmit wireless video through cellular bonding, instead of running three miles of cable up and down the river.

There will also be overlay graphics and color commentary to enhance the viewers' experience. The graphics will use live data from the four timing stations positioned along the river to show a leaderboard, which will minimize wait time for results. Commentators for the weekend will be Colleen Saville, a former Northeastern coxswain and long the voice of Northeastern rowing webcasts; David Wyant, the voice of rowing events at Nathan Benderson Park in Sarasota; Olympic gold medalist and NBC rowing commentator Lindsay Shoop; and long-time Yale coach Dave Vogel.

There will be two pan-tilt, zoom (PTZ) remote controlled cameras stationed at the awards tent and at Boston University's DeWolfe Boathouse, where the races begin. These, in addition to the nine manually operated cameras will provide viewers with a comprehensive view of the entire regatta. Communication between the broadcast control room and camera operators is being facilitated through the app Unity, which works similarly to a walkie-talkie.

The broadcast committee is over 100 strong. The team is a mix of volunteers with professional broadcast experience, and others with no experience at all.

"It'll be as professional as we can make it," said Mitch McManus, broadcast co-director. "My goal is to make it look like an ESPN production, but you've just got to know that it's not the Olympics, it's not the Super Bowl, and it's not necessarily going to look like it. It's [already] way better than it was last year, and we just have to accept that that's what it is, but [what's] going to be the toughest thing is just having inexperienced operators on the cameras."

McManus, who has a 35-year background in television production, was brought onto the project by Beckham. He explained that part of the broadcast team's goal is to enhance the viewer experience.

"Head racing by its very nature is not the most exciting thing for a spectator," McManus said. "It's like watching the time go, but at least with the leaderboard you'll see, oh, there's [a boat] one second behind the split to CBC, if they can just make up one second between now and that last turn, they're in first place, so there'll be a kind of excitement for that point of view. I think as a viewer experience, it'll be pretty cool."

The broadcast team did a test run with the LiveU equipment and cameras at last Saturday's, Head of the Kevin, which gave Beckham and McManus an idea of how things will run during the actual event next weekend.

"I can really influence the overall mood of the whole thing," Beckham said. "The onus is absolutely on me to keep calm, handle any issues and not get too stressed out. It is a massively stressful environment if you let it get to you, and I think that's the challenge for me this year is [staying] calm and collected through the storm." 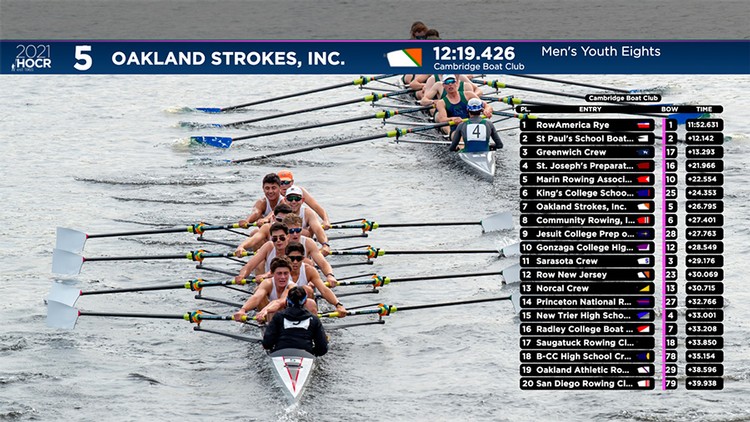