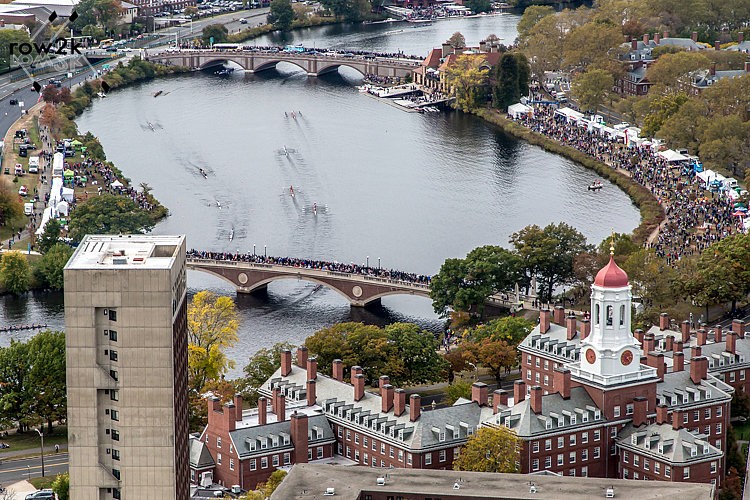 Head Of The Charles regatta officials have received the green light to stage "The Charles" in 2021.

"We're back, and we're thrilled," Executive Director Fred Schoch said. "It's a really exciting moment for us because of what the regatta represents to the rowing community. It's not just a fierce competitive event; it's a major social event. For friends who haven't seen each other in two years, this is going to be a massive reunion in addition to the annual knockdown drag-out on the racecourse. The Head Of The Charles is many things to many people, but for me it's also a strong facilitator of friendships.

"We had a call last week with the secretary of Health and Human Services, Mary Louise Sudders, and she said 'I see no reason why you can't proceed' and gave us the green light."

Not only is the regatta on, but there will be significant updates and changes the rowing community will want to know about:

The move to a three-day event has been under consideration for several years, and the regatta proceeded with caution, doing surveys and other formal research. "For good reasons we haven't pulled the trigger, but this year we decided to add the extra day," Schoch said.

We have published information on how the regatta does scheduling, and there isn't much room for happenstance.

Shorter and less densely scheduled race days on Saturday and Sunday will mitigate scheduling concerns as well as provide relief for the volunteer corps.

"The Friday racing allows for buffers in the schedule, which is something that we've been looking at for some time, because we've been dangerously compacted on both weekend days," Schoch said. "If we had a really bad weather year, we could be losing some races just because we don't have enough time. There are also other benefits, including that it offers some gaps for volunteers that we haven't had before."

Many volunteers do 12-hour and sometimes longer shifts on the water in the past; the days will be a bit shorter going forward.

Director of Operations Priscilla Livingstone noted that the overall regatta experience will still be in place on Friday.

"Friday is often the most exciting day as people come in, and everyone is seeing each other for the first time in a long time," she said. "Registration tents are bumping, all our apparel tents are up and active, so it's going to be really exciting. We sent out a survey a couple of weeks ago to competitors to gauge their interest and availability; wnd we've sent out surveys like this before, but we received overwhelmingly positive responses, with everyone excited to get back on the water."

The racing will be held in the morning for two primary reasons, according to Livingston. First, conditions are usually best in the morning, especially in the basin for small boats; second, it will allow the continuation of the current Friday afternoon practice session.

The standard August 1 singles and September 1 team boat domestic deadlines will apply again this year, and guaranteed entries for 2021 will be based on finish order from the 2019 regatta. Entry codes and guaranteed entry reminders will be sent a few days before registration opens. Note that some event deadlines do vary (some Directors events), so keep an eye for updates.

New Alumni Fours Event Will Offer A Special Medal for Crews Made Up of 2020 Grads; U17 Medals Also To Be Awarded

A new Alumni Fours events will be added on Saturday afternoon; the event has been on the wish list of many programs for some time.

This year, in recognition of their lost season, a special medal offered for 2020 grads that put together a boat with 75% 2020 grads; coxswains won't count against the tally, so the crew should have at least three rowers in the class of 2020.

Additionally, medals for U17 crews will be awarded in the youth events to encourage younger athletes to race. 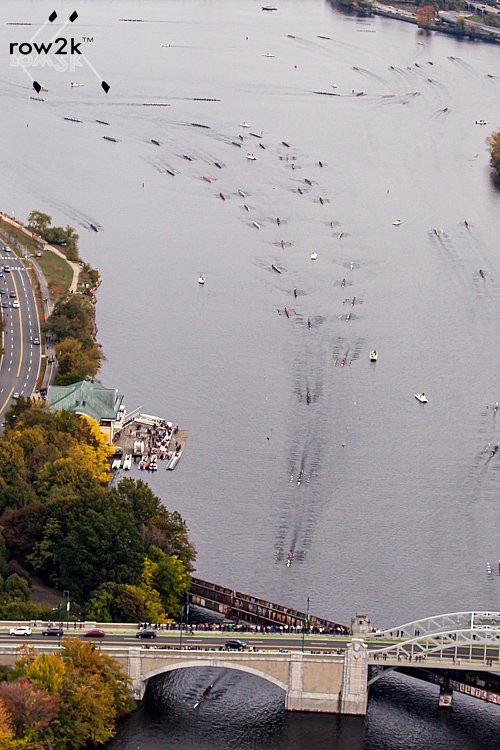 Schoch said that the overall size of the regatta will be 'only slightly larger,' and that decisions about which events to expand are made after a review of the overall volume of entries. Youth events are regularly the most over-subscribed, so increases in these events seems most likely.

"It brings tears to our eyes when we're doing entries and we have to turn away as many as 75% of the youth entries," Schoch said. "With the lottery system, if it is already 50% full, you have only 50% of the slots left to allocate to new crews."

The Mixed Eight will no longer be offered at the regatta, but other "Director's" events will likely see entry number increases.

The Director's Doubles in particular fill up within minutes of entries opening, so Livingston said those events will likely be expanded. "We're increasing those boat counts to just get more people on the water," she said.

As was the case last year, the regatta has worked with and is still in the midst of discussions with Mass General Hospital as well as Mary Louise Sudders, and specific Covid-mitigation plans are still to be determined. As events and gatherings nationwide continue to require testing, health checks, and lately even vaccination requirements, potential participants probably want to prepare for some mix of these elements.

Mason Cox, Assistant Director, said that the outdoor nature of the event means that the overall experience will remain very similar to past regattas, with some changes to previously enclosed venues such as alumni tents and beer gardens, and adjustments to avoid overcrowding in specific areas.

"We've been relying heavily on MGH for their guidance, and everything they've been saying so far is that due to almost everything being outside and fairly spread out, and the way transmission works, that our general setup will work very well. We're going to continue to track CDC guidelines, and make some changes and additions based on those recommendations, but overall it should be fairly similar to what people are used to."

"It's very early, but everything is going in a good direction," he said. "If everything keeps going the way it's going, it's going to be a really fantastic reunion."

Livingston noted that launch time window assignments are under consideration for this year, not only to increase social distancing when docking, but also to improve on-water bottleneck issues around the Eliot St Bridge in past years.

International crews have expressed significant interest in racing this year, but the conditions under which they might or might not be able to enter and exit the United States remain uncertain and varies considerably by country - New Zealand, for example, requires a 14-day quarantine in a hotel room upon return to New Zealand - so the international attendance will remain unclear for the time being.

Video and Online Coverage Enhancements; 16 Cameras Along the Racecourse

The most significant enhancement will be an increase to 31 cameras along the course, up from the previous three cameras. Many cameras will be affixed to bridges and at other points on the course where there tends to be 'action,' including remote-controlled and low-profile cameras. No drones will be in use, although regatta Media/PR Director Dan Beckham does expect cameras to be placed on scaffolding for overviews of the course.

The coverage will also incorporate some of the elements of last year's virtual racing, Beckham said.

"It's going to be really exciting to see more of the river live, and to pull timing data from the timing vendor and really make the race come alive for spectators as well."

Read the press release from The Head Of The Charles here. 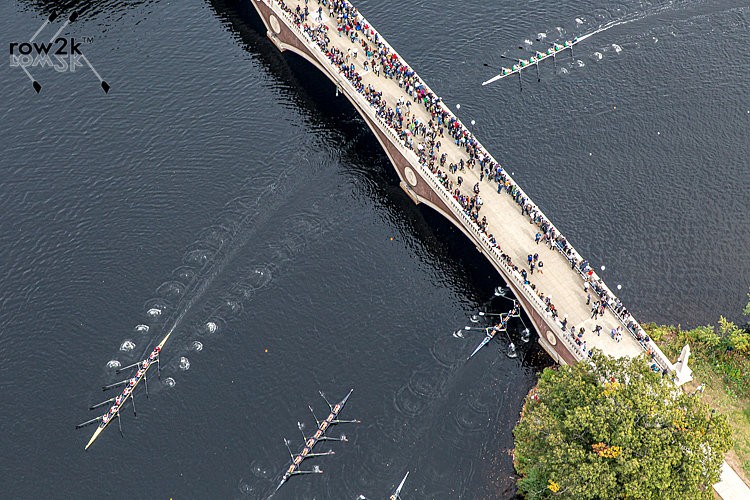