Jim Dietz racing Saturday with Larry Klecatsky's ashes in a cylinder taped to his rigger.

Of all the races rowed by the late Dr. Larry Klecatsky, one of most decorated scullers in US history, the Head of the Charles Regatta was at the top of his favorites list.

Not only did he love rowing in it, he won a basket full of championship medals, including 11 lightweight single titles - eight in a row between 1970 and 1978 - and seven others in the double with Jim Dietz.

After Klecatsky died last December, his wife Susan pulled Dietz aside at the funeral and asked Dietz if he would give Klecatsky one last run down the Charles River in the Head of the Charles Regatta. Dietz, who counts himself as one of Klecatsky's lifelong friends and teammates, immediately agreed.

And Saturday, he did just that.

Dietz, who was rowing as bow number two in the senior veterans single, taped a six-inch, bio-degradable cylinder containing Klecatsky's ashes to his rigger, and set off to win one more championship with his former partner and friend.

Dietz never caught British sculler Tom Bishop, who started in front of him, but it was not for a lack of trying. Dietz pushed Bishop the length of the course and finished just a second behind him in second place.

Bishop, who just happened to have rowed against Dietz and Klecatsky in one Henley Royal Regatta in the 70s, paddled over to Dietz at the finish to congratulate him on the racing, and to chat. And, he reminded Dietz that he and Klecatsky had beaten him in the double at Henley, and Dietz let him know that he had just raced them both again.

"After we finished, I spoke to Jim and I said that I raced him in the 1970s when he was in the double sculls with a guy named Klecatsky, and he said, 'well, I have Larry with me in the boat right here'."

After the short conversation, Dietz was met at the shore just past the finish line by Susan Klecatsky, members of the family, and some of Klecatsky's friends and fellow teammates, Sandy Killen and Vinny Ventura, and right there, they put the cylinder with Klecatsky's ashes into the river.

"It was really special," said Dietz. "Larry was one of the most influential guys in rowing in the United States, he was larger than life, and he loved the Head of the Charles. So I taped Larry to my rigger and I raced with Larry all the way.

"After the race we went to just below the finish line toward the Northeastern Boat House and we put Larry into the water. He is now on the bottom of the Charles where he will stay. Everyone who knew Larry knew how special this race was for him," Dietz said. "So this was a very special day."

And as fate would have it, there was one last detail to the story. The man that rowed with Bishop against Dietz and Klecatsky in that Henley race - former British national team rower Geoffrey Potts - died two years ago Saturday, Bishop told Dietz. 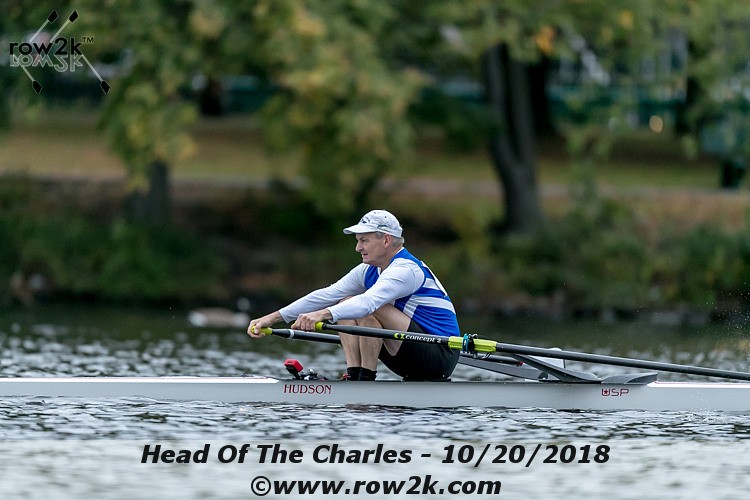 Leading off the Head of the Charles