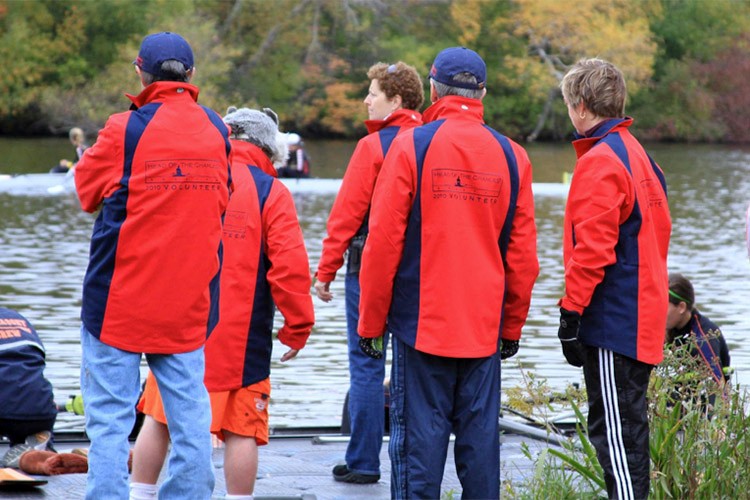 “Brooks Brothers has been a generous partner for us for the last 10 years,” said HOCR Executive Director Fred Schoch. “It has been rewarding watching them grow with us and constantly adapting to our needs and the needs of our spectators. The volunteer jackets alone provide a highly coveted incentive that keeps volunteers counting down to the weekend all year.”

Brooks Brothers is currently the longest running major sponsor of the Head Of The Charles. This year, Brooks Brothers will be bringing over 80 different styles of exclusive co-branded HOCR merchandise for sale at the Regatta in celebration of its decade of sponsorship. The Brooks Brothers pop-ups are located at the Regatta at Attager Row, directly next to the Registration and Awards tent and at the Weld exhibition venue. A limited selection is also available at the Brooks Brothers store on Newbury Street in Boston.

“We are proud of our long-standing partnership with HOCR,” said Arthur Wayne, VP, Global Creative Marketing and Communications for Brooks Brothers. “The Regatta is one of the most exciting events in New England for both athletes and spectators. We are happy to be back for our 10th year.”

The 55th Head Of The Charles Regatta takes place October 19th and 20th on the Charles River.