It's unlikely many of the thousands of rowers that will pass between the two bright yellow pyramids at the top of the Head of the Charles Regatta course Saturday and Sunday will give much thought to how they got there or who designed them.

More probably, the crews will be focused on the green and red buoys lines ahead of them that will lead them through the Grand Junction Railroad Bridge that precedes the BU Bridge and then guide them down the three-mile winding course, and its multiple bridges.

Those buoy lines can make or break a run down the Charles on race day, so paying attention to them is critical. Staying on the correct side, means being on course. But rowing over one of the lines and missing a buoy - even just one - can ruin a good race because for every buoy missed, 10 seconds is added to an individual crew's time.

Those are the most important things to know about the markers and buoys that are set out on the Charles River every Friday morning on regatta weekend.

But, for those who care to learn, there is much more to know about the Head of the Charles Course and the race officials and volunteers that are tasked with being the keepers - and setters - of the 300 buoys and start and finish markers, or tetrahedrons, and everything that can't be seen below the water line that keeps it all in place. 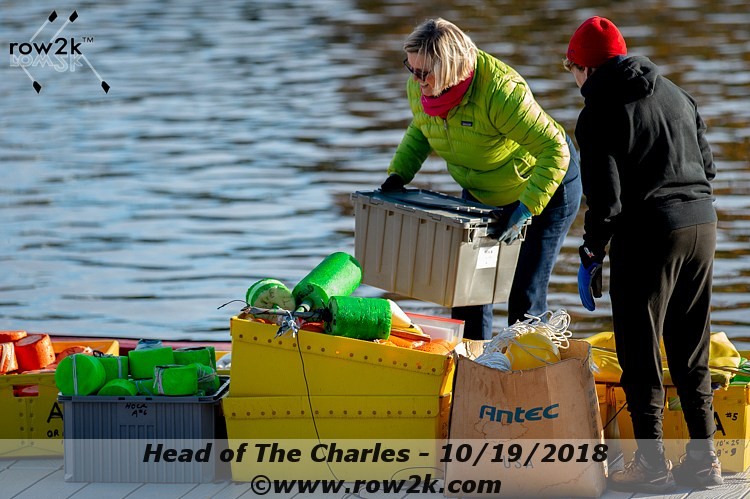 "Setting the course really is an art and a skill that has been passed down to us by the late Sherry Proctor," said Chris Richards, HOCR Course Director, and buoy historian. "We are all sort of the sad second generation to Sherry Proctor. He was absolutely the Godfather of the Head of the Charles course."

That doesn't actually mean that Proctor designed the length, direction and turns of the three-mile stretch that begins in front of Boston University's DeWolfe Boathouse, then winds through seven bridges and ends just past the Harvard University stadium on Soldiers Field Road.

That was done years before Proctor took over the project in 1979 and eliminated the system of mostly unreliable empty Clorox bottles anchored by bricks tied to rope lines. 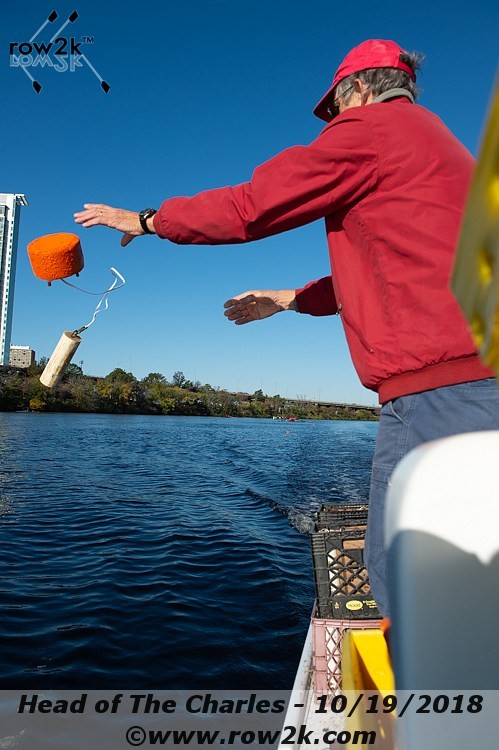 Gregg Stone tosses the bouys onto the course

Proctor, an architect, was having none of that, and designed a new system, largely in the basement of his home and with materials that can be found in most hardware stores - including polyethylene form cylinders cut into four-inch pieces and painted fluorescent orange and green, that are then tethered by very specific lengths of string to sections of PCV pipes filled with concrete.

He bought the goods, cut the sections and then chartered the river depths on every part of the course. Every year, the map he designed, is laid out on the workbench in the Belmont Hill School Boathouse, which serves as course HQ.

And Friday morning, Richards and his crew, load the buoys into four different launches that head out to different sections of the course to be set.

The whole operation takes about three-hours, depending on the weather and the number of crews on the water at the time. But that is not all the work that goes into it. Rowers are not kind to the little pieces of Styrofoam, and beat them up badly during the two-day event.

So, every year, the pieces that survived are repainted and repaired, and the ones that did not are tossed away and replaced.

"There is a lot of prep work that goes into it," he said. "So, last Sunday we had our course work party and that was about 20 people, a lot of them Belmont Hill students, some local college students and volunteers.

"That's where we repair and paint and re-tether and restore all the buoys that go on the course, because the course really takes a beating every year and many of the buoys have to be repainted and re-tethered."

Getting the course in can be hectic - and that is putting it mildly. 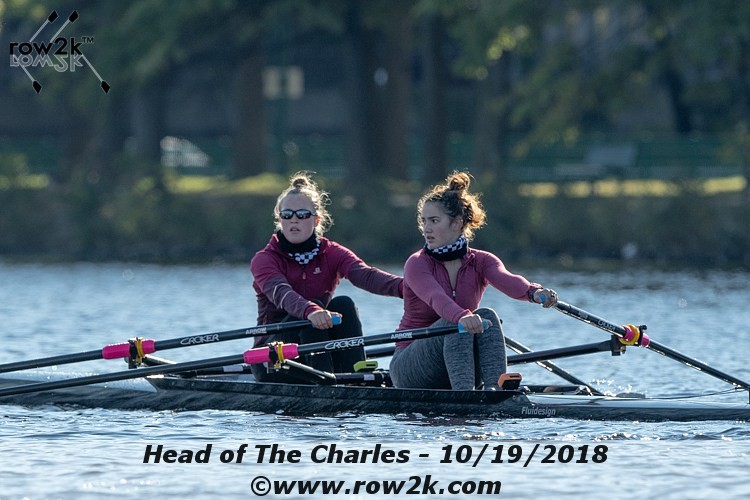 The operation takes place at a very high traffic practice time with crews of all levels of experience having to be shouted out of the way of the course crew launch. The buoys are set in precise lines, and in predetermined distances from each other, closer in the tight turns, further apart in the straight sections.

It's not the kind of project that generates a lot of "excuse mes" shouted over the megaphone. Most crews get the message, some not so much. "There are always adventures," said Lisa Stone, who crews one of the launches with Richards.

Friday morning was pretty much done without issue, save an errant buoy - or two or three - that moved, and had to be reset. But there were more than a few surprised crews, especially the ones that were practicing turns at full pressure. 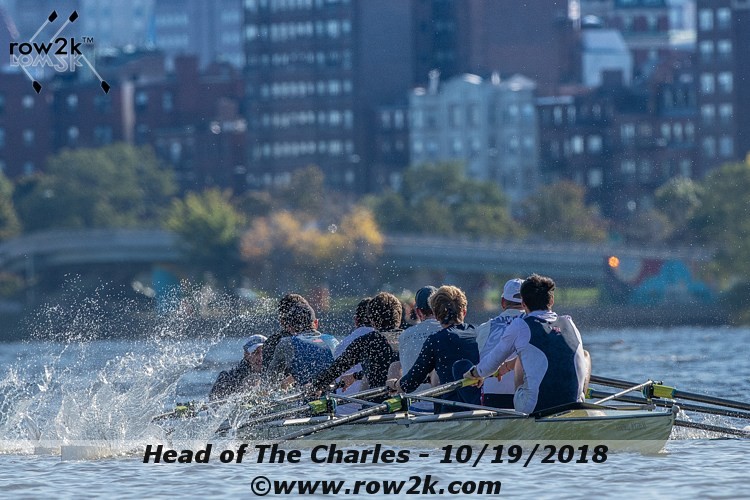 US men's eight practicong the start

But, as it has every year since the system was passed down by Proctor, the course was set and is ready for the weekend.

"We always get it done. We've had some years where we've had big problems," Richards said. "A couple of years ago, when there was a big current and a lot of debris was washed down the river, the buoys were pulled out and it and ruined the course. We had to go out very early the next morning and reset the course.

"There are always challenges to it, and the biggest is the sheer number of boats on the water now," he said. "It's just sort of a skill you develop over the years, and we were really lucky to have Sherry to be our guiding light for as long as he was."

The Armada Behind the Armada at the Head of the Charles
Get our Newsletter!
Enter your email address to receive our updates!