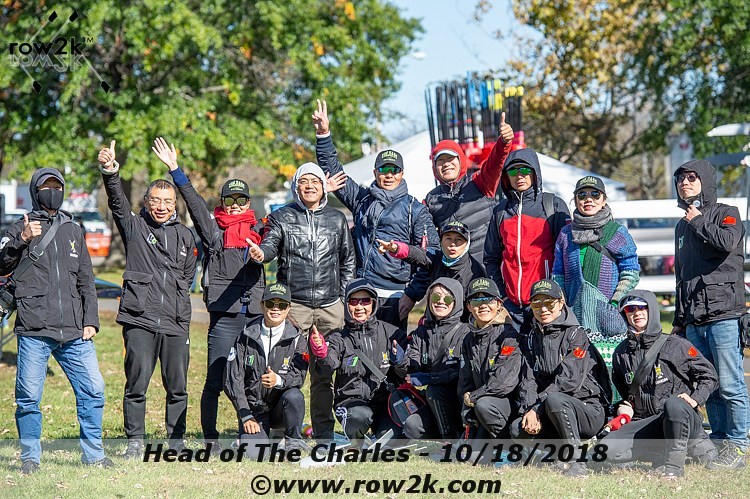 Xiaodong Zhuang was as bundled up against the cold fall Boston air and gusty winds as a guy that had just flow in from China could be - meaning he was wearing a lot of what he had brought with him.

"This is too cold here," Zhuang said. Still, the weather was not the first thing on his mind as he and his masters teammates from Zhejiang University went about rigging the two eights they are entered to row in the 54th Head of the Charles Regatta this weekend.

The "shape," of the river, and "all the turns and bridges," was top of mind Thursday morning. "We are not used to that. We arrived (Wednesday) and we went for a run along the bank and we found that it has lots of turns and it is going to be very challenging."

But that was not dampening the mood of the crew, that seemed very excited to be in Boston and happy to interact with the other crews and athletes who were also among the early arriving visiting crews.

"This is very nice," he said. "It's a very famous race. We discussed coming here last year and now we are here. It is our first time." 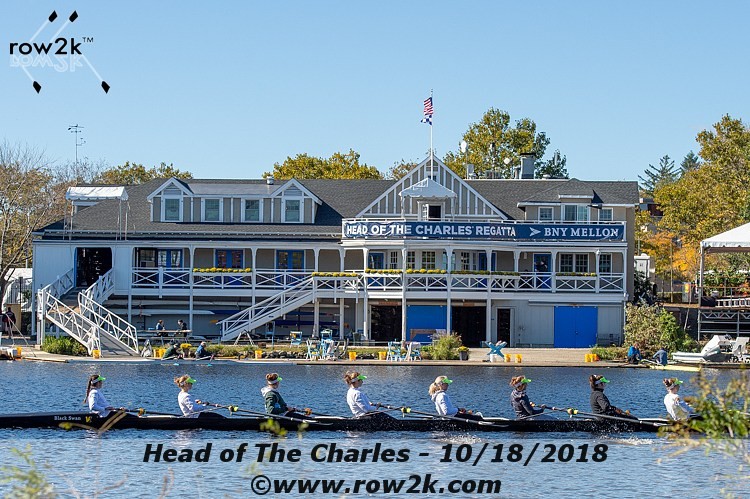 It was the same for more than a few of the crews that are filtering into Boston two-days before the Saturday racing begins, which is always a good thing considering that the Head of The Charles course is famously challenging and can be intimidating to out of town crews.

In fact, one of the more memorable moments in Charles racing lore happened in 2006 when a crew from Peking University had a collision and eventually sank just on the other side of the Elliot Bridge. Xiaodong was aware of that incident. "Yes, that was in 2009," he said adding with a chuckle, "we are not Peking University." 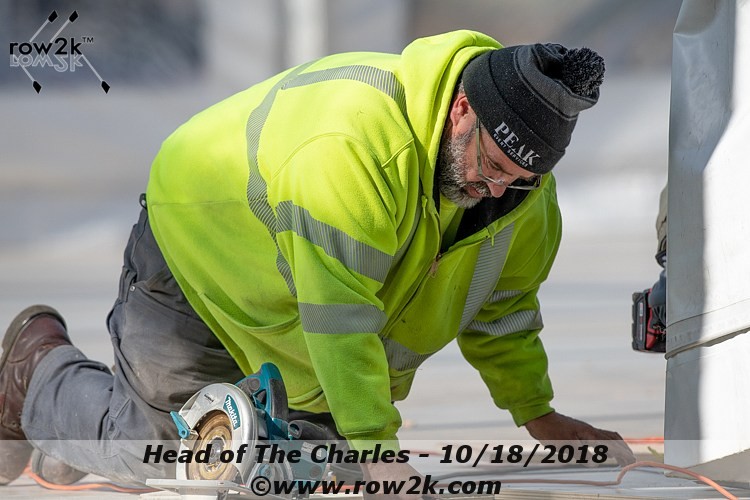 Given that the weather this weekend is forecasting winds as high ranging from 10 to 25 miles per hour over the two days of racing, there are sure to be crews that will have trouble handling the conditions and threading the racing arches of the six bridges that span the three-mile course.

Thursday morning was a good indication of what crews can expect, with cold winds whipping up white caps along some sections of the course. But that was Thursday, a day when the setup of the regatta was still in full swing, the trailer parking areas were largely empty and the sound of power tools was more predominant than the calls of coxswains.

And so, except for the Boston area clubs, colleges and high schools that can call the Charles home, most of the post dawn rowing Thursday was being done by out of town crews, among them San Francisco's Racheal Perry of the Dolphin Rowing Club, who is rowing in the women's senior masters single Saturday.

This is her sixth Head of the Charles, fourth consecutive, and for Perry, getting to Boston early and getting used to the conditions is important. "It's not race day yet, but right now, it's a bit challenging.

"But that's the sport. I'm looking forward to it. It's so well organized, the volunteers are amazing, it's just an amazing experience. For any rower, it's a bucket list. You've got to do it. This, for my age group, non-elite, is the greatest competition and I want to be where they are."

Lippy Myers and Ella Stanhope from the Warrington Rowing Club in Great Britain, feel the same way about the competition, as well as the challenging course.

"We're just getting ready to go out for our first row," Myers said. "We got here Tuesday and have had a look at the course. It's very big. It's massive. We're a bit worried about the bridges. We've been told not to crash into any." 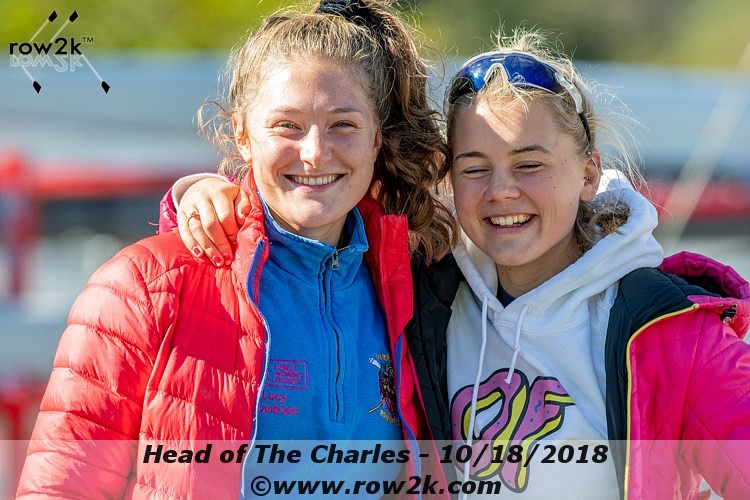 The Armada Behind the Armada at the Head of the Charles
Get our Newsletter!
SUBSCRIBE
Support row2k!
If you rely on row2k, please support row2k!