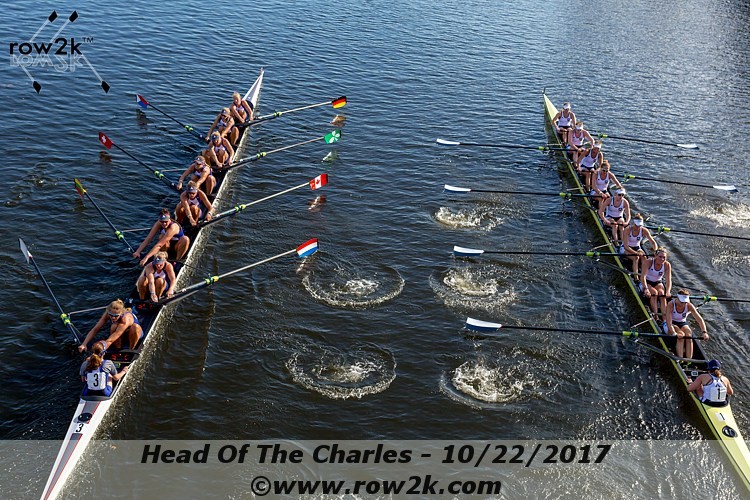 The absence this year of the Great Eight, the all-star buddy boat of international scullers who have dominated the Head of the Charles women's eight in recent years, won't exactly make this year's edition a wide-open race. US Rowing has two entries, and divided between those two boats are eight of the nine women who won gold in the eight a month ago at the World Championships, and all four of the women who won gold in the four. The American national team boats figure to battle each other, and a German national crew, for spots on the podium.

But following those national team boats up the course are 23 collegiate crews, looking not only to surprise the internationals, but to win the race-within–a-race collegiate championship.

Since 2000, only three different collegiate crews have won the women's championship eights: Princeton (2000, 2010), Virginia (2011), and California (2015). The crews trying to add to that list this year will have some world-championship credentials of their own; gold medalists from this year's Under-23 Championships in Poland and World Championships in Bulgaria are sprinkled thoughout the college boats. Isabel Ruby-Hill (Duke), Sydney Payne (California), and Stephanie Grauer (Stanford) won gold for Canada at U-23s, while Dana Moffat (California) was a part of the U.S. gold-medal eight in Bulgaria.

California senior Sydney Payne will row in the HOCR for the first time. "A lot of the girls going, including myself, have never been before, so it will be a new experience for most of us," she said. "To prepare for the challenges, we just have to put in as many good strokes as we can before the HOCR and stay [within ourselves] while racing." 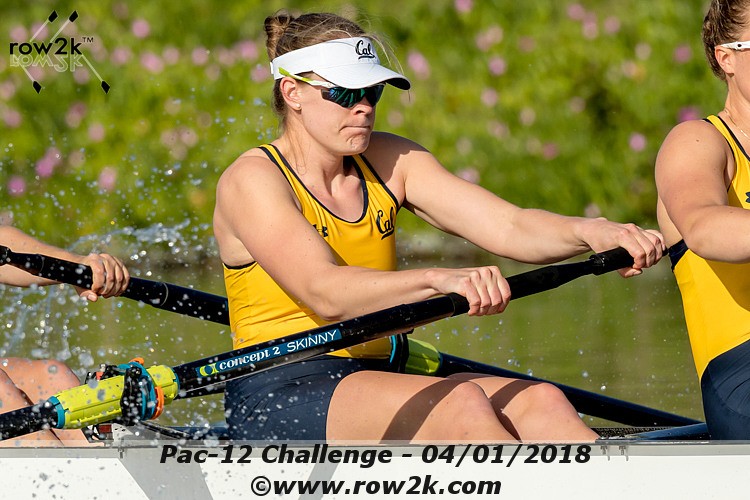 Cal comes in as the reigning NCAA champion, but, because they have not entered a crew in the Head of the Charles since they won it all in 2015, will start toward the back of the field, at bow 21. Payne is aware of the challenge and excitement of trying to pass several boats. "We will take every advantage we can get to pass anyone as it is always a confidence booster and [allows us] to create clearer water in front of us," she said.

With defending collegiate champion Washington not sending a boat, Cal's competition figures to come from perennial powers Stanford, Yale, Virgina, Princeton and Michigan, as well as a reenergized Syracuse program.

Syracuse will look to improve on last year's fifth-place finish among collegiate crews. New head coach Luke McGee, head coach for the U.S. men's national team from 2012-2017, is emphasizing to his crew that they focus on their own race. "In head racing, it is all about you," he said. "[The crew has to] take good quality strokes for the entire race without having a let-off. We are in a good challenging position, with Virginia ahead of us and Michigan right behind us. It will be a big accomplishment if we can race our own race." 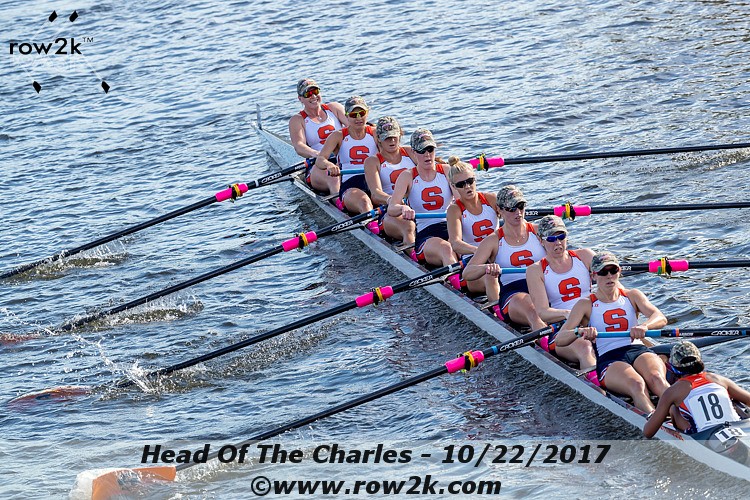 The nature of a head race, particularly this head race, elevates the importance of the coxswain; but veteran coxswain Haley Doucette of Northeastern claims a coxswain also needs a connection with her crew, particularly the rower sitting closest to her.

"It is so important to have a good relationship and mutual understanding with the stroke seat," said Doucette. "Not only are they able to see what is going on behind me, but they can feel what I cannot since I am not actually completely a part of the stroke." 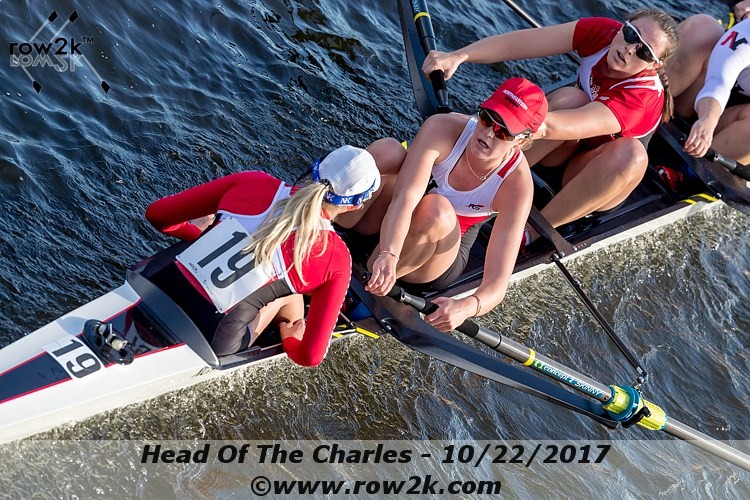 Yale coach Will Porter says the most important factor for success at the Head of the Charles might be the one no one can control. "Winning at the Charles requires many things to come together," he said. "You have to be a good crew, then the wind has to cooperate, your coxswain needs to have a good day, and you need a clean run. There is a big luck factor at the Charles which makes it what it is."