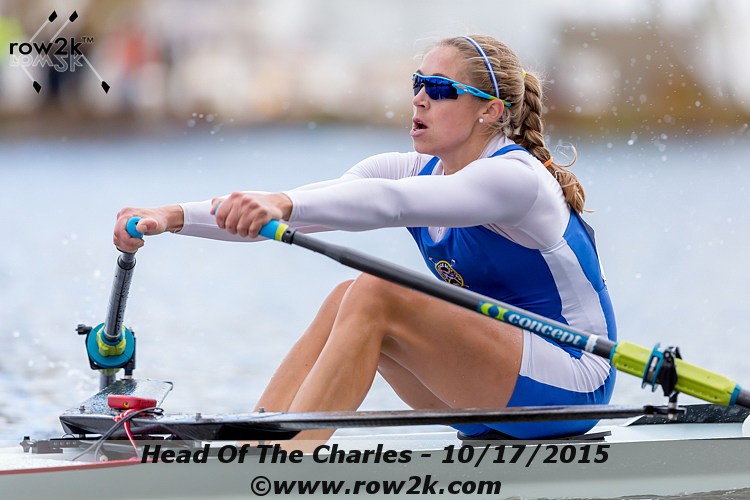 When it comes to the Head of the Charles, in resume and fan appeal at least, no one in this year's women's championship single field can approach eight-time champion Gevvie Stone. The Olympic silver medalist and Newton, Massachusetts native, rows the Charles River each year through a corridor of sound from her adoring hometown crowd. She might well be the most popular athlete ever to row in the 54-year history of the Regatta.

Stone is also coming into race weekend off some very impressive warm-up races in the Head of the Kevin series and the Green Mountain Head this fall, which makes her a prohibitive favorite to win an unprecedented ninth singles title. There is an impressive field of athletes behind her, however, including training partner Mary Jones Nabel, a long-time international competitor and friend Magdalena Lobnig, and the woman who represented the United States in the single scull at this year's world championships, Kara Kohler, as well as Canadian squad single sculler Carling Zeeman, and Felice Mueller, who finished second in 2018 and took the top Lotmann Challenge honors a week later in Philadelphia.

For her part, despite the much-appreciated home course advantage, Stone is quick to admit that the Charles is a challenge even for the locals - she said that last year's race was one of the toughest races she has ever rowed.

"I am fortunate to have grown up on the Charles--to learn its ways as a I learn to row the single--and to have a home course advantage for the regatta!" Stone said. "That being said, Head of the Charles always tests my mettle with tough competition over the three miles. Each year has its own challenges, and this year I've been training hard to earn back as much of the fitness lost during fourteen months of residency as I can. I'm excited to line-up against fast rowers and to test what I can do on the river I love - and I'll be very grateful for whatever fans are there cheering!"

Here's what Nabel, Lobnig, and Kohler had to say about next weekend's run down the course in the 1x. 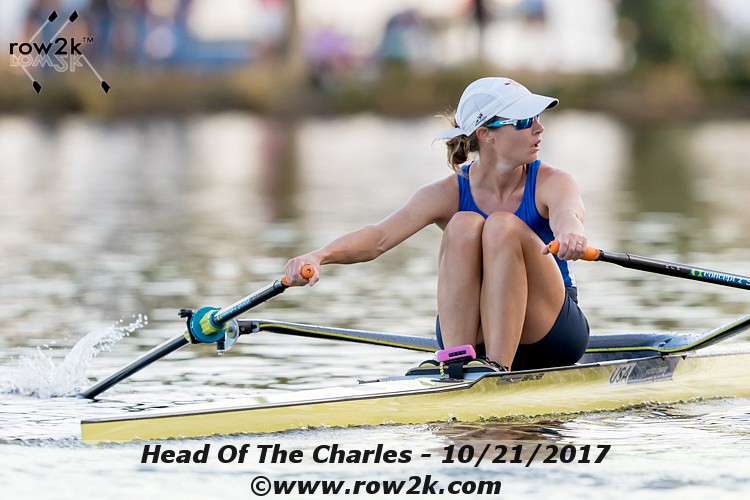 In preparing for race day at the Head of the Charles, the 32-year-old Jones Nabel has been focused on rebuilding her endurance levels after finishing the sprint season at the World Championships. In order to rebuild, Jones is on a training schedule that includes "lots of nice long rows on the river in the mornings and a few days of longer work getting back to head race pace," she said.

The Huntsville, Alabama native now lives and trains in Boston, making her very familiar with the race course. Jones also trains with Gevvie and feels ready to tackle the impressive line-up of women set to start in the women's singles championship.

"I feel very prepared to race the Head of the Charles since I row the course nearly every day. I am also fortunate to often train with Gevvie during the year so it helps me have a level of confidence and calmness going into the race since I have lined up against such a fast competitor in training."

Magdalena Lobnig
Austrian Magdalena Lobnig comes into this year's Head of the Charles off a bronze medal in the women's singles at the last month's World Championships in Bulgaria. She has rowed in the Head of the Charles since 2013—mostly as part of the Great Eight—and loves the atmosphere of the Boston race. But this will be the 28-year-old's first time rowing a single in the Head. "This will be a very new challenge as the whole steering and performance is just up to me this time," she said. 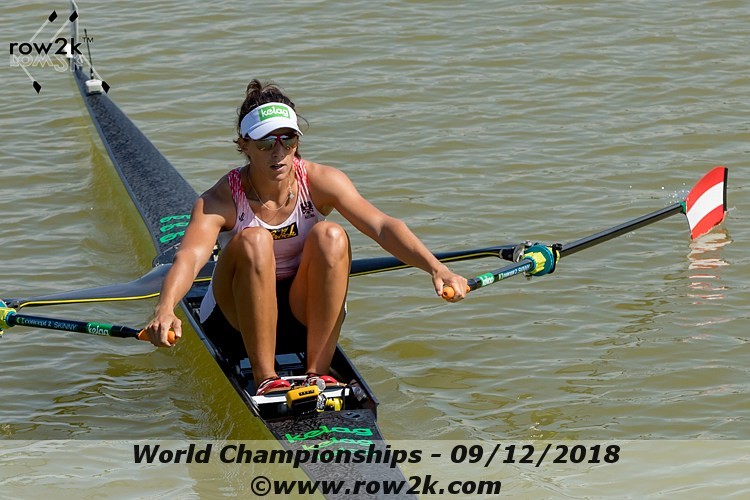 Currently Lobnig is on break from rowing, enjoying a road trip through Europe, where she has had to rely on running and biking to keep her fitness for the fast approaching championship race.

"Physically I will try to get the best out of [my race]," she said, "but you will not have a chance if you make a single steering mistake. Gevvie is the home favorite and I think she is able to row the Charles almost blind, so that will be very hard to beat. But the whole field is very strong so it's certainly going to be a very exciting race."

Kara Kohler
Kara Kohler is eager to improve on last year's fifth place finish in the Head of the Charles singles race. The 27-year-old, University of California, Berkeley graduate has been representing the United States internationally since 2010, and her resume includes Olympic bronze in the quadruple sculls in London. She just missed the podium at the World Championships in Plovdiv, finishing fourth, less than a second behind bronze medalist Lobnig. After the worlds, the Clayton, California native took some time out of the boat to reset mentally and cross-train.

Now that she is back in the boat and training, Kohler has her sights set on beating Gevvie Stone and the rest of the field she will be up against in the champ singles race, and taking on the second leg of the Lotman Challenge. 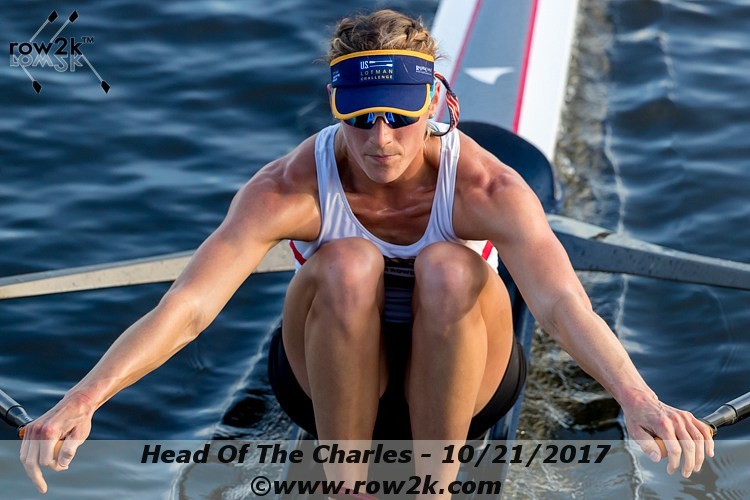 Her practices in the boat have been focused on preparing for the Head of the Charles and its very specific course, "I've done some low rate power pieces to get used to going hard again. I should probably consider practicing looking around during the pieces while still maintaining speed, since there will likely be a lot of that come race day," Kohler said.

But none of Kohler's training time is spent worrying about Gevvie Stone. "I focus on what I can control—my rowing and my attitude," she said. "Obviously I can't control Gevvie's rowing or how many times she has rowed [up] this course or anyone else for that matter. What I can do is show up confident in my own rowing skill and ability."