Andrew Mangan was enjoying the new snow that had fallen in upstate New York after a typical Buffalo winter lake effect dump last December. The three feet of new fluffy snow piled up in a snow bank near where Mangan was going to be skiing was tempting, so he dove in head first.

There was no way for Mangan to know it would be life altering. But it was. He hit his head on something hard, maybe a chunk of frozen snow, the ground, he is not sure, but it snapped his neck back. The result was a fracture of the C5 vertebra that left him paralyzed from the chest down.

His parents, Martha and David Mangan still have difficulty talking about the call they got after the accident, the one when they learned their 17-year-old son, the tall, athletic young man who had just finished his first season of crew at Canisius High School and who had just experienced rowing in the 2016 Head of the Charles Regatta, was irreversibly injured.

"It was a terrible phone call," Martha recalled Sunday. "He had just left us and 18 minutes later, he called and said something bad happened. I can't feel anything from my shoulders down."

And so began a determination-fueled path toward recovery that the Mangan family took together - one that began with the jump in the snow, took them from a Buffalo hospital to Craig Hospital spinal cord injury center in Denver, CO, and back to the Charles River where the Mangan family - Andrew, Martha, David, and siblings Connor, 24, Peter, 23, twins William and Patricia 20, and Mary, 12 all rowed together in the 2017 Directors' Challenge Mixed Eight.

All of this takes some explaining because going from not being able to feel anything from the waist down to rowing in the Head of the Charles a year later took a considerable amount of work and fortitude that began with Andrew, who simply would not have life dictated to him.

To this day, Andrew has no idea what he hit in that snow bank, other than it was something hard "that pushed my head up and then broke my neck." The initial prognosis was a spinal fracture that had left Andrew paralyzed and what he was being told was that, with his injury, there were no certainties.

It was not fact that he would be paralyzed for life, that there was no chance for recovery. The outcome was an unknown and the only way to find out for sure what could happen was to get into rehab. And so, he did, and he took the love and support of his family with him.

"It's really an unknown," Andrew said. "What was known was it was a spinal injury. There was no one saying, you're going to be fine, or you might not be fine, which is kind of the hardest part about it because there's no real answers.

"You just kind of keep going, giving your all, and hope for the best, and so that was kind of the MO." Right after the injury, Andrew was flown in a medical evacuation jet with his dad and brother Connor to Denver. The rest of the family drove out.

Back home, a separate garage that was already filled with various training equipment, ergs and weights for the rest of the rowing brothers, including Connor, who had rowed at Harvard as a lightweight, was insulated and made ready for Andrew to come home and continue working.

Andrew flew home on March 2 and set a goal to row again. In the meantime Andrew connected with other victims of spinal injuries who were working toward recovery to give and get support.

A little bit at a time, his recovery progressed to standing and walking to erging and then rowing a single in the summer.

And that's where the idea for the family Head of the Charles row came in. They submitted a late entry bid to the head of the Charles for the 2017 regatta and it was accepted. Harvard University provided a boat and oars and on Sunday the family celebrated by racing together. 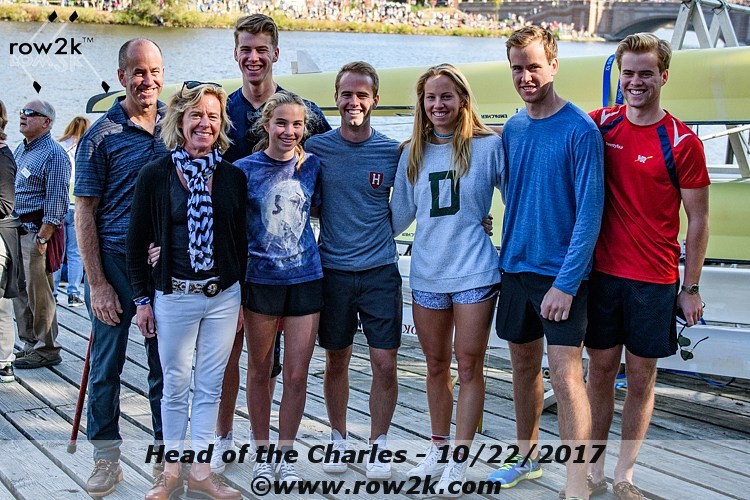 "It's pretty amazing," said Mangan's mother. "It's a true testament to Andrew and his siblings. He really, right from the beginning, never looked back. He looked one hundred percent forward. We just followed behind him. He was the positive drummer leading us all, really. He was amazing to me. I don't know what I would've done in that situation."

Andrew's father David agreed and was thankful for the extended support of the rowing community, Andrew's high school, friends and the professionals and other spinal injury patients who helped.

"The community was unbelievable, really," said David, "friends, family, high school community, Jesuit community, all were so supportive. It was amazing. But really, we all took our lead from Andrew. He was inconceivably positive from the beginning.

"You know, Martha and I we were just stunned. But Andrew was like, I'm moving forward, I'm going to get better. He was paralyzed from essentially the shoulders down and there's no way to know where that's going to be, but he's like I'm going to just keep working hard and he had goals.

"Rowing was one of his goals. So, doing the Head of the Charles was always sort of on our bucket list, and then as he was getting better and working hard, we put in the entry. And here he is now, standing on his own two feet and moving around. It's been unbelievable."

Throughout the recovery Andrew began a campaign to drive awareness to the idea that recovery from a spinal injury is possible and he built a website where other injury victims can connect, and learn from each other. It is called "Connecting the Resilient."

The Mangans also documented Andrew's recovery process with a series of videos. Watch them here: 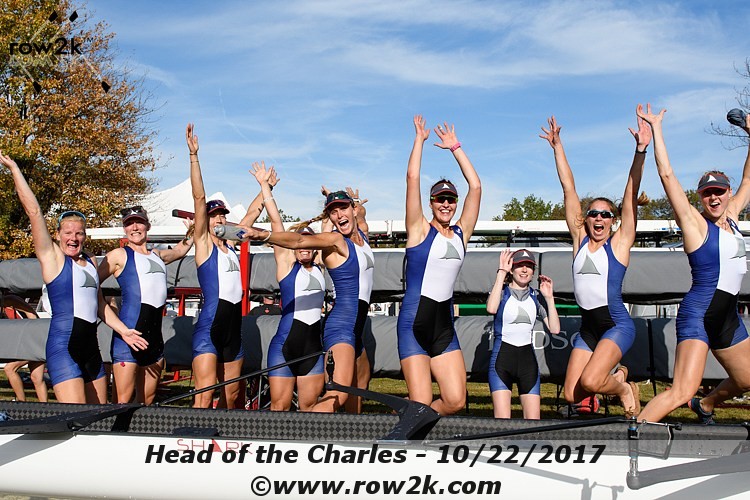