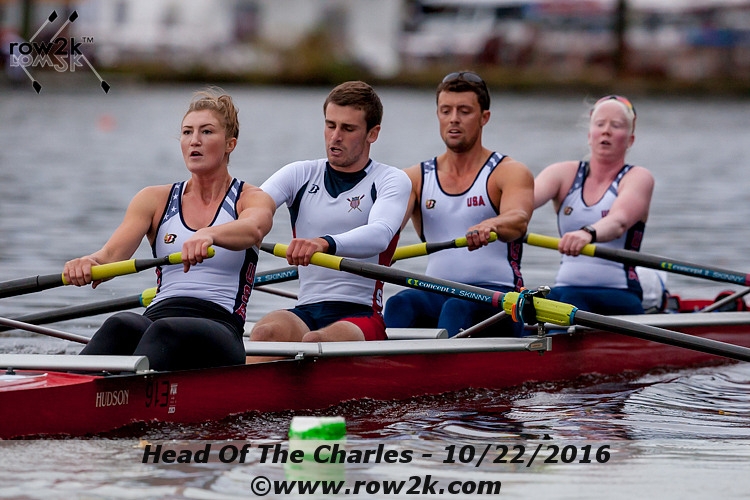 The USA LTA4+ at HOCR

Adaptive rowing has made great strides in the past ten years or so, with a sharp growth not in just public awareness, but national and international stature as well. The competitive standard has risen, and more and more disabled athletes have found their way to rowing as a sport. 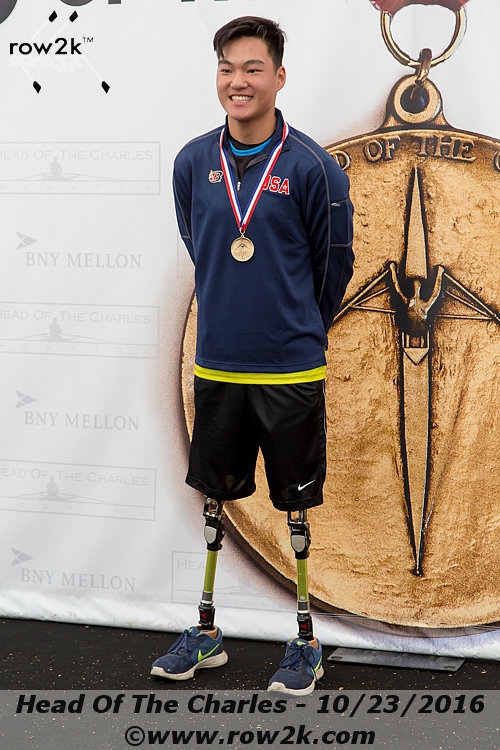 Isaac French of the TA 2x

But beyond the rise in stature, adaptive rowing has seen a rise in what is arguably the most important area, that of competitive opportunities. The Head of the Charles, which has offered adaptive events since 2011, now boasts four full, non-exhibition adaptive or inclusion events at the regatta. (Inclusion events are defined as those events where 50% of the crew have a qualifying physical, visual or intellectual disability, while the other 50% of the crew is able-bodied.)

At just 16 years of age, Isaac French competed in his second Head of the Charles this year, capturing the Trunk/Arms double along with 2016 Paralympian Helman Roman. "It's really cool. Just being here is a really good experience, because it's a big race," said French. "There are a lot of people, a lot of things going on, especially with the bridges and the current, and the wind."

Rowing with Roman was a great experience for French regardless of the win. "We came a little bit earlier on Friday so we could get to practice together, and just get into sync and the rhythm, and it was really good," said French. "He was mentoring me, in a way. I am aiming for the 2020 Paralympics in Tokyo; that's one of my goals."

The largest field among the Adaptive and inclusion events was the 12-boat Mixed Inclusion double, which paired one able-bodied competitor with an adaptive rower, and was won by CRI's Matt McLaughlin and former US-national team rower Josh Crosby in the tightest margin of the regatta, 3/10s of a second.

It helps of course that the Charles is the home river to one of the US's biggest adaptive programs at Community Rowing. "Having CRI here makes a huge difference," said USA Paralympian Jenny Sichel, coxswain of the USA LTA4+ and of the Adaptive Great Eight. "I work at CRI and train there full-time, and I think that having CRI available really has helped us. They gave us a boat, they gave us a place to train all summer, and they've been so supportive. And then being able to come back to the Head of the Charles with CRI right there has just made the biggest difference." 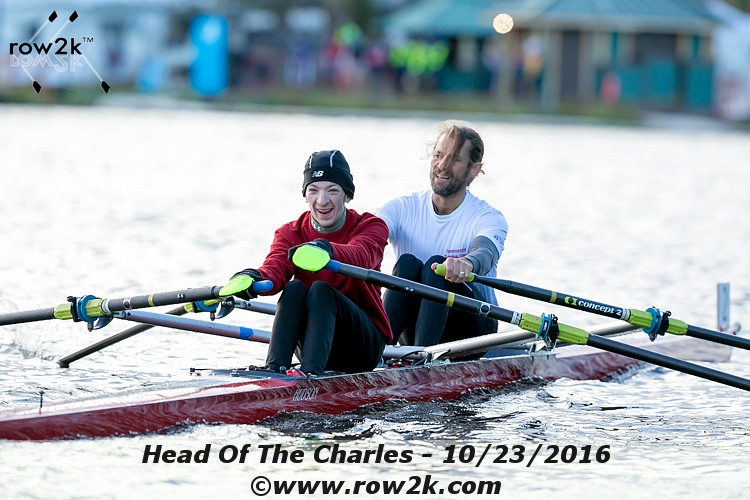 McLaughlin and Crosby win the Inclusion 2x by less than half a second.

Coming off a silver-medal performance at the Rio Paralympics, the USA LTA Mixed 4+, whose home base is CRI, won their event outright, but also featured as part of the first-ever Adaptive "Great Eight," combining Rio Paralympic competitors from the US, Great Britain and Canada.

The Adaptive Great Eight pulled off one of the coups of the regatta this year, winning the Directors Mixed Eight event. "I think it's pretty exciting, it's a totally inclusive regatta," said Sichel. "I think it's really awesome that we're able to really promote it in this manner, getting together people from international places to come and win the director's challenge mixed eight."

Sichel was proud of the gains made by adaptive rowing, but wanted to see it grow even further. "I want to see more teams and more representation," said Sichel. "I love the inclusion boats, but I want to get everybody involved. I want it to be 30-plus teams, and I want everybody to have a shot, to be able to race, and to be able to have that experience." 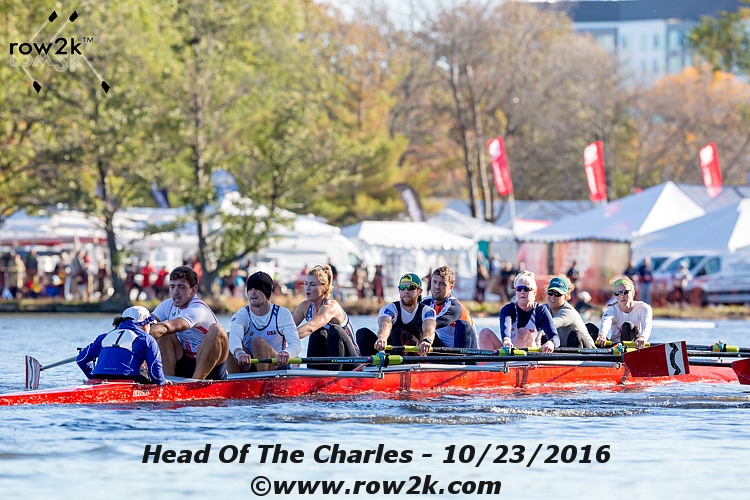