A day after their big win in the Men’s Champ Doubles, row2k caught up with Penn AC’s Justin Keen and Erik Frid.

row2k: A lot of folks are treating this like the upset of the regatta. How do you guys respond to that?

Keen: I probably agree. [Laughs] I think that we felt pretty confident coming into it, but we certainly thought we were a long shot to do anything quick, as well.

row2k: What's your preparation been like? How did you guys come into the regatta showing this kind of speed, especially in that field?

Keen: We have a new coach at Penn AC, Sean Hall (three-time US Olympian in ’92, ’96 and 2000 –eds) He is really kind of starting things up again, getting back to Penn AC’s glory days a bit. We do a lot of real low rating power work, developing a lot of good powerful strokes, and on the weekends, we kind of do shorter intervals at race pace to get the rhythm.

This is the first time we had a chance to kind of put two and two together. It's a lot of low power base with a good rhythm, and then to just come out here and connect all the dots. The splits at practice, at a lower rating had been promising, but we haven't done anything at 34 for 17 minutes yet this year, so we really had no idea what to expect when it all came together.

row2k: What did you guys think in the boat? Was it, okay, we'll see where we land today? Or, we're just gonna go for it?

Frid: I think all we thought about was trying to row the stroke that we knew we could row. We've been really trying to make it feel downhill, make it feel good, and we knew that if we did that, we'd be all right. You don't really worry about the results past that. I think the only thing we were really worried about was rowing well in the wind, and I guess we felt we did that all right.

row2k: You were lining up against guys like Olaf Tufte and Mahe Drysdale, was there any kind of chip on your shoulder or intimidation factor there?

Keen: Not really. I mean, we've just been so focused on the process and what it takes to get here, that we've detached from the results at this point. It's really cool being here, but we came here to perform well and to test ourselves, and the rest is just kind of put on the side.

Frid: During the race, you wouldn't even know those guys were out there, because they were so far ahead in the bow numbers. We passed one other Penn AC double, and we were coming up on the other one, so it was just like practice for us.

row2k: So, where do you guys go from here?

Keen: We have the USRowing Speed Orders in two weeks, so we're racing the singles at those. That'll be interesting.

row2k: How about long term? You guys have shown that you have the speed and commitment to want to do something at the top level.

Keen: The group pace at Penn AC is really picking up speed now, so I think this one, we're excited to see how things progress and see how US Rowing decides to play their cards. We'll see how the Speed Orders play out and whatnot in spring and go from there.

Frid: I'm just trying to get to bed on time, because then when I show up too tired, these guys go, "Oh no."

Keen: Yeah. If you're the one who has a bad day, then we get whooped. 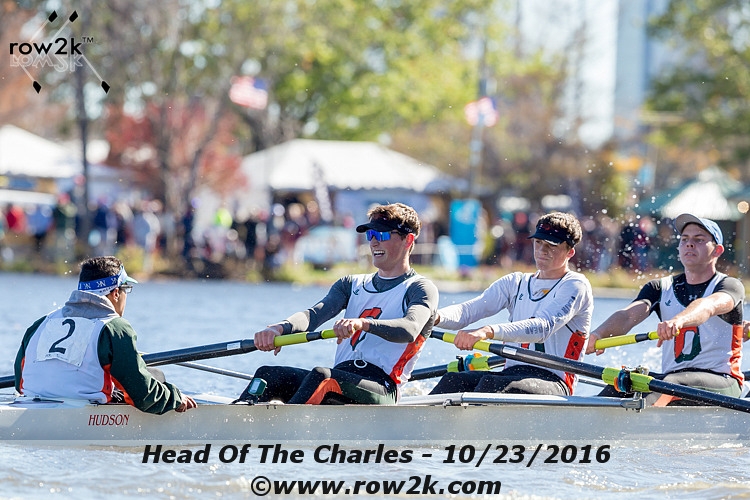