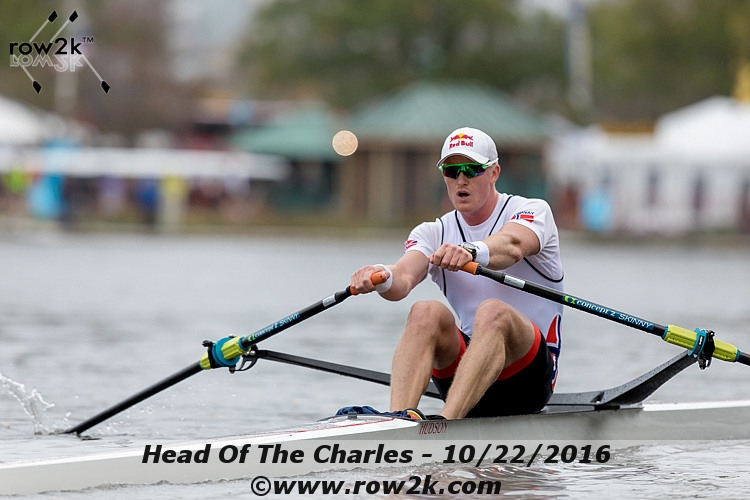 The Head of the Charles is known for attracting a top-class international field every year, but what's even better is that most of these athletes are on friendly terms with each other. row2k caught up Norway's Kjetil Borch, who won the Men's Champ Single and Ireland's Gary and Paul O'Donovan, 7th place finishers in the Men's Champ Double, on the banks of the Charles after Saturday's racing.

row2k: Kjetil, you had a great race today. How did that go?

Borch: It was good. The steering was more difficult than some of the previous years, not the best, but okay. I followed John Graves. He was number one out of the block, but he chose the right arches on the straightaway. And I was following him, it was like, "Where's John? He's right behind us? Okay, that's good." Then he was going to go through the right arches, I was like, "Shit. I'm way off course." So, I had to steer it back into the middle to follow him. I'm very confident that my last 300 is the strongest. So, I just made sure not to use too much power in the last turn before the bridge, and just powered everything ahead in the last part."

row2k: You've had a wide range of growing experiences this year, from rowing the Olympics to rowing against a whirlpool in Norway, and then of course, rowing on the head of the Charles. What makes each of these events so interesting to compete in or participate in?

Borch: It's because they are widely different. This is probably the world's biggest regatta. And it's just become a tradition, because it's where you can meet all the other rowers and have a great time, not being super serious, but, of course, we are quite serious, all of us. So, it's just a rare variety of regattas. It's nothing like the Olympics, but the Olympics is nothing like this.

row2k: The next question is for the O'Donovans. Is this your first trip to Boston?

row2k: So, before I ask you about rowing, I have to ask you: Boston considers itself a very Irish city, there are a lot of Irish roots here. Do you find that at all?

Gary O'Donovan: Yeah, no, I'd say it's definitely there, but we haven't been out and about too much, so we haven't gotten a good sense of it yet.

Paul O'Donovan: Kjetil's gonna take us to the Irish pubs later. He's going to show us around the town, and we might find a few Irish pubs for us to get a sense of the community here.

row2k: Maybe I should do this interview tomorrow then? 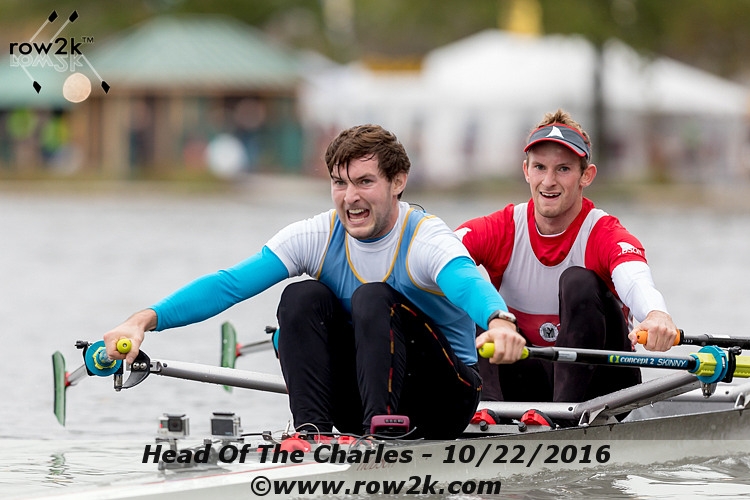 row2k: So, on the competition, how did you find the regatta here today?

Paul O'Donovan: Very enjoyable. I mean, I know we finished seventh place or something, but we learned a lot, and we're not that familiar with the course. That was a big challenge for us. And coming into Eliot Bridge, there must have been a couple hundred thousand people shouting at us. That was pretty cool. We really enjoyed it. I think we'll definitely try to come back to this event again.

row2k: You two achieved historic success for Ireland this summer, winning the Olympic silver medal, and with it came all all sorts of additional notoriety. Do you ever worry that you're almost known too much for what you're doing when you're not rowing than doing for your rowing?

Gary O'Donovan: The two go hand in hand, you know. We're doing really well in rowing, and that gives us an opportunity to promote the sport, and I think our personalities help grow the media exposure that we are getting, and I think it's really great for the sport of rowing, in Ireland especially.

Paul O'Donovan: I think it's brilliant for the sport, and I think as long as we're able to get on with our training, keep putting out results, we don't give a shit what we're famous for or people remember us about.

Paul O'Donovan: It can be at times, just when so many people on the street recognize you, and it just kind of takes you a bit longer to get from A to B and stuff.

Gary O'Donovan: But it's a bit of fun, too, you know. We get to meet a lot of interesting people. It's all been quite positive, too. We're having a great experience since the Olympics and we're continuing to enjoy it.

Paul O'Donovan: Absolutely. We're young boys yet, so hopefully the best is yet to come.

Borch: I heard there's a couple of French guys that need some beating, right?

Paul O'Donovan: We'll be racing in the director's quad tomorrow, with the GB Men's Double from Rio.

row2k: No worries about any GB-Ireland rivalry?

Gary O'Donovan: Well, we beat them in the double today, so... [Laughs] So, they know who's the boss in the quad tomorrow.

The O'Donovans apparently had their doubles result backwards, and occasioned this tweet from their quadmate Jonny Walton: