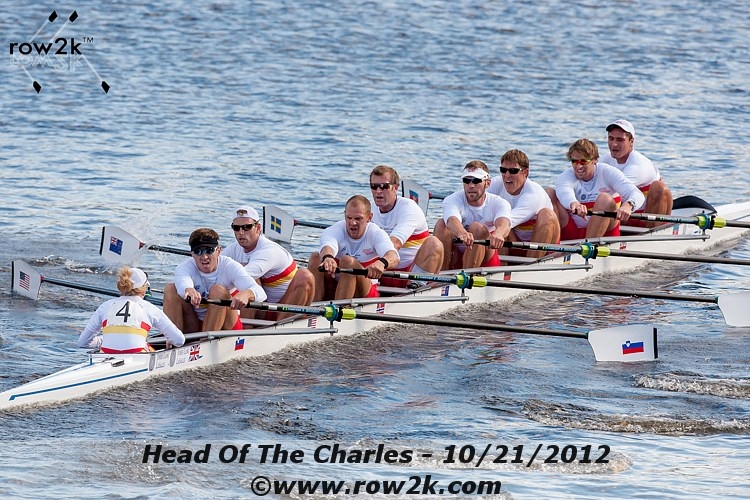 The Head Of The Charles men’s Championship Eights is always one of the Regatta’s featured races, even more so in the years when some of the world’s best scullers jump into a sweep boat and continue the tradition of the "Great Eight."

Two men’s Great Eight boats will hit the water against an already stacked field this year. Two boats from USRowing are in the field, as are international crews from Great Britain and France, and the usual elite college teams, including Washington, Harvard, Cal, Brown, and Northeastern.

The two Great Eight crews, representing the Cambridge Boat Club and Craftsbury Sculling Center, are filled with some of the best rowers on the planet.

Austin Meyer, a 24-year-old Harvard alum, has organized a lightweight Great Eight that will represent the Cambridge Boat Club. Fresh off a tenth place finish in the lightweight double sculls at the 2014 World Championships, Meyer will be in the five seat in Cambridge’s engine room.

"It’s gonna be really fast, really intense," said Meyer. "All the guys are really aggressive racers and that’s what you need in an eight."

Although he praised all of his teammates, Meyer noted that Vincent and Tycho Muda are two to watch as the stern pair of the boat. The brothers helped the Dutch Lightweight Fours team to a sixth placed finish in the 2012 Olympics. The lightweight Great Eights and will take direction from coxswain Kate Apfelbaum, a high school friend of Meyer.

"Half the battle is finding a good coxswain to make sure you’re not rowing more meters than you should be," said Meyer. "[And] we have a really good coxswain."

Organizing the other Great Eight is John Graves, a Trinity College alum who will row in the seven seat. Graves most recently finished eighth in the quadruple sculls at the 2014 World Championships, and won the quad bronze at the 2014 World Cup. This Great Eight will fly under the colors of Graves’s home club, the Craftsbury Sculling Center of Vermont.

The 26-year-old is more than impressed with the talent on his boat; "I feel like [with] every guy you could have the argument that they’re the best in the world," said Graves.

He particularly mentioned the Sinkovic brothers, Valent and Martin, whom Graves feels will "be pretty instrumental in setting a rhythm." After helping lead the Croatia team to a silver medal in the quadruple sculls in London in 2012, the technical masterminds also posted the world’s best time in winning the double sculls at this summer’s World Championships in Amsterdam.

And, of course, Graves was quick to shine light on boat members Ondrej Synek and Mahe Drysdale, two of the fastest singles in the world whom Graves calls "legends and guys that I think all of us have looked up to." Synek, who represents the Czech Republic, is the reigning singles world champion, and won silver in the single in both Beijing and London. Meanwhile, the New Zealand native Drysdale is the reigning Olympic gold medalist, and has won five World Championships as a single sculler.

With such talent in each vessel, it goes without saying that both Americans believe their sides are capable of seizing victory.

"I think anything can happen," said Meyers. "Lightweights tend to do well in these races; I wouldn’t be surprised if we turn some heads"

"With some of those guys in [our] boat," said Graves, "it’s hard to think that another boat could go much faster."