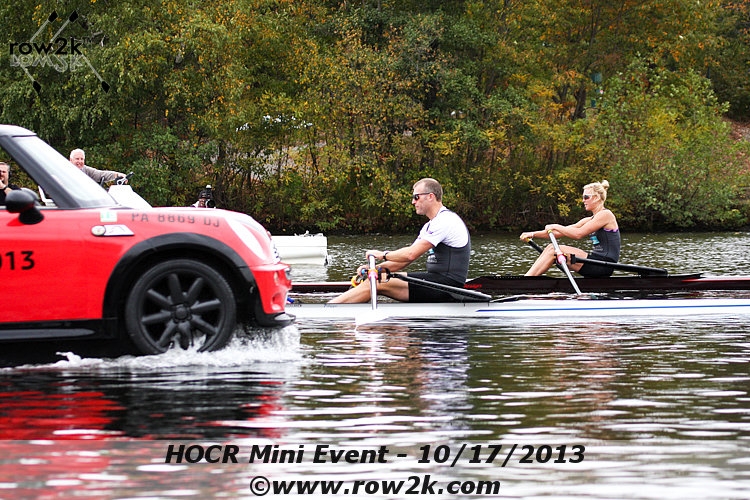 The annual HOCR Rumor mill churn; even we don't know what is truth or fiction anymore. Enjoy and see you soon!

Last year’s lightweight 1x champion flipped at the Navy Day Regatta and will be packing a PFD in his Fluid.

Mahe Drysdale and Emma Twigg raced the Mini Cooper boat on Thursday morning. It was a real nail biter rate-capped at a 14.

There is a MINI Cooper installed on the Lenox Hotel awning. It may or may not be in U-W purple.

Parent-Child and Mixed Doubles will receive glowsticks in their entry packets to light their way home.

Several women competing in the Club Single went to the Cantab last night for the sweet funk & soul of the Chicken Slacks.

Stanford is rigging their four with three ports and one starboard because Austin Hack is THAT good. He’s also stroking. And coxing.

Andrew Campbell will be in a bridesmaid’s dress after losing both Collegiate Athlete of the Year and List #21 Internet Polls in the last week. On the plus side, he’s finally old enough to go to the Charles party but he wants his H-Bomb uni back.

The Headington Boat Club Bow 59 in the Women’s Youth 8+ has been doing some serious course visualization with squat penalties for missed landmarks.

HOCR Office is outsourcing to a call center in Oklahoma.

The Wisconsin Men’s Alumni Eight line-up is a replica of their 2008 IRA winning crew.

Tom Bohrer racing in the Senior Master event despite being eligible for Grand Master just to toy with Sean Wolf.

The authors of this piece will always be handing out high fives for cookies.