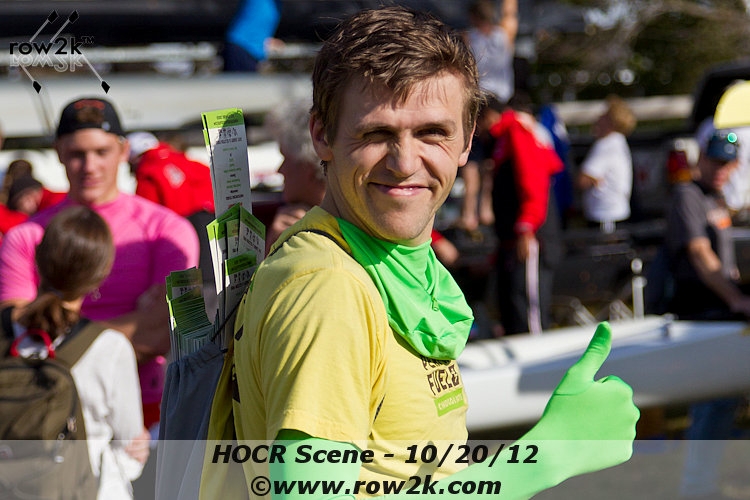 See you next year!

As much fun as was the HOCR 2012, like an AT&T customer away from the crowded banks of the Charles (what do you mean I can't upload to YouTube!?!), it is great to be back to the home boathouse, yes? In the final push to dash out of the shrouded media center of the Cambridge Boat House, some very important news was pushed to the Monday edition of row2k. In no particular order, here are some updates from the course and the drive home on Mass Pike, where the media center followed the reporter.

In one of the first races of the regatta, Lynn Jennings of Craftsbury Outdoor Center set a course record in the Women's Grand Master Single. This is a sprawling category with time range of 7 minutes, but the top-10 were within 1:15. Anyone in the top-10 could have probably figured it out, but Lynn Jennings put in a great race and bettered the record previously set by Margarita Zezza of Lincoln Park Boat Club who was second on Saturday. If Jennings' name sounds familiar, don't think rowing, think running - she is one of the great American long distance runners of all time.

row2k reported on Saturday that Saiya Remmler collapsed during her doubles race with Linda Muri with chest pains. Muri reported that, after an overnight stay at Mt Auburn Hospital adjacent to the course, Remmler was released ready to go again, with all tests negative. Although the entire episode was likely difficult for her physically, Remmler was most upset about missing the parent/child race with her daughter Zoe Sudduth later that afternoon. Next year! And follow up with your GP.

Nearly buried by the hoopla surrounding the crash between the US and UW men's eights, which was settled on the basis of photos taken by the father of the UW coxswain, murmurs of discontent are bouncing around concerning the penalty assessed the women's Great Eight, which cost them the victory; as reported in a few places, the Great Eight women felt they had video proof of their innocence, but state that officials declined to view it. Hoo boy.

The 1972 Silver-Medal winning US Olympic Men's Eight, competing as Alte Achter (German for Old Eight), may have raced its last Head of the Charles Regatta after 40 consecutive years on this 2012 iteration of the event. "This is the last event we'll race, but maybe we'll just party from now on," said Peter Raymond, the lone Princeton grad in the boat. To wit, they celebrated this decision and also honored their coach Harry Parker at his namesake boathouse, home of Community Rowing in Newton. The 1972 Eight was comprised of six Harvard athletes and coxswain: Michael and Cleve Livingston, Bill Hobbs, Tim Mickelson, Franklin "Fritz" Hobbs, Lawrence "Monk" Terry, and Paul Hoffman (coxswain), joined by Raymond from Princeton and Eugene Clapp from University of Pennsylvania. At the gathering Saturday evening, boat member Tim Mickelson put together a slide show of the summer of training before the regatta to entertain the guests, and certainly the music, hairstyles and shorts length did just that. Regarding the decision to stop racing the HOCR, Peter Raymond said, "Well last year someone was injured during the race and we thought 'this just has to be it,' but then we said it will be our 40th year next year, and we will do it one last time." Quite a run at the Charles though, cheers to the 1972 Eight.

Veteran's (60+) Men's Single winner Al Flanders (or Orleans Sweeps and Sculls, Orleans, MA) was thrilled by his victory in the competitive category, but more because of the victory ceremony, when his twin toddler sons Connor and Tyler could see their Dad receive his medal. "I started fourth and the guy who won last year Richard Anderson started third, and I passed him at the Harvard Boathouse, but I didn't know if I had made up any ground on the guys who moved up from the younger category," said Flanders. That key athlete would be Gregg Stone, Cambridge Boat Club's 'Everyman' who is father to Olympic Single Sculler, HOCR Championship Single winner and Women's Great Eight organizer Gevvie Stone. Not certain, but Gregg Stone may have been at the microphone Saturday at Cambridge also. Stone had started with Bow #1 due his time from last year's younger category, and was out of sight for Flanders Sunday morning. "I didn't really pay attention to the spacing at the start (between boats in the chute), but when I finished, Rick Anderson said that I made up the distance," added Flanders. "I felt like I did well against those in front of me, but you don't know about the rest of the pack." It looked as if his young twin sons were keeping this 61-year old first-time father young Sunday afternoon, when the regatta was the last thing from the children's mind. Breaking through the security at the door of CBC was the first priority. Note that three-time Canadian Olympic athlete Phil Monckton, returning after years away from the HOCR, raced against Flanders and earned a 6th-place finish. Welcome back to Monckton, come again.

The University of Virginia Men's program was one of the more successful at the regatta. After a two-tenths of a second win in the Collegiate Fours on Saturday over University of Michigan, the squad coached by Frank Biller (can we call him Swiss Franc?) won the Collegiate Eight event as well, over Michigan again, with a four-second win rowing from the front of the pack - even after getting a 10-second buoy penalty. "They knew they missed the buoy and they were back at the trailer, pacing and 'biting fingernails'," said Biller Sunday night. "They were trying to think of something else until the news came, and they were so happy with the result," he explained of the crew, which is is comprised of two sophomores, a junior and the rest seniors. The seniors are from the first real 'recruiting class' of Biller's as the program took off at Virginia, and he attributes their success to the program's emphasis on "teaching good technique from the first day, and being responsible for their own progress." Biller has developed this club program with the swiftness and effectiveness of his own crews, kudos to Biller at University of Virginia Rowing Association.

The Cal men came in on Saturday night, raced in the 2:55pm Champ eight on Sunday in which they crossed the finish line around 3:15pm, derigged and loaded their borrowed boat, and made a 5:30pm flight back to the west coast Sunday evening; talk about a surgical strike.

Sponsors to the rescue: Lufthansa was handing out easily assembled balsawood airplanes; talk about a rescue mission for parents trying to keep kids entertained in the late afternoon hours. Come back next year!

Overheard on the banks by John Hogan: "What this sport needs to be more spectator friendly is to install big windmills at the bridges. You know, like at miniature golf course. Coxswains would have to time it when to go through."

Local drugstores and at rest areas on the Mass Pike reported a run on Neosporin and Bandaids by masters rowers who rowed in the eights this weekend, but train in the single and on the erg all year - owwww.

If you think that looks sore, try this sequence - start clicking Next here. Whoa!!

Seen on Sunday: a triple-cupper. Must have been a pretty Richter Saturday night.

Good weather this year. Phew. Can it hold out for the last races of the fall head race season?

Yeah, dude - see you next year! 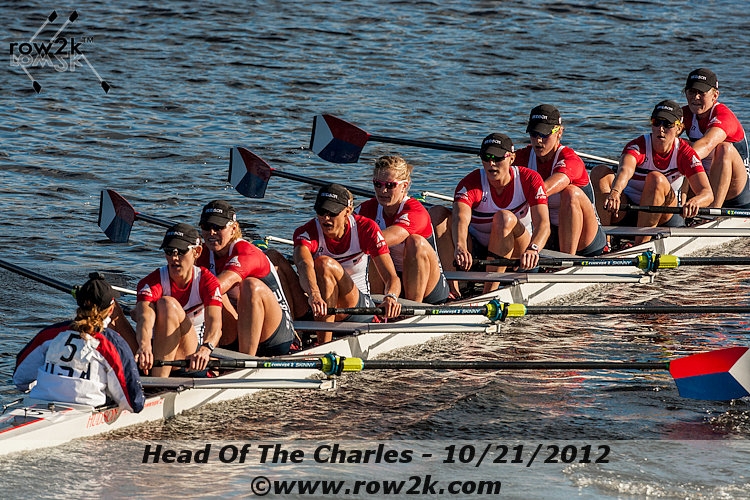 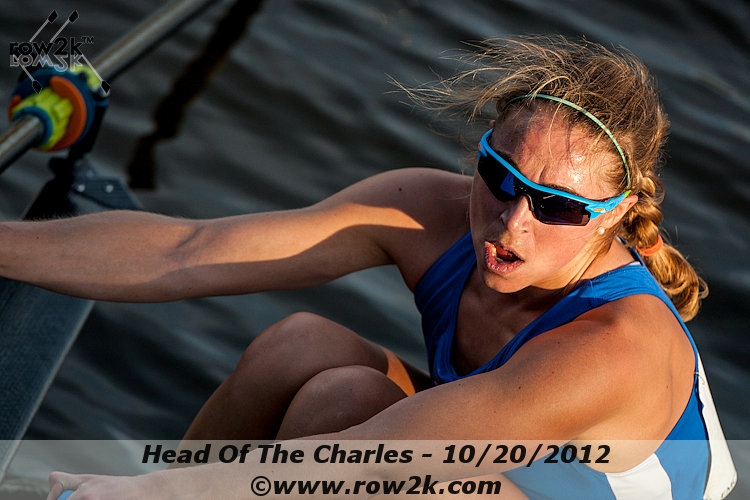 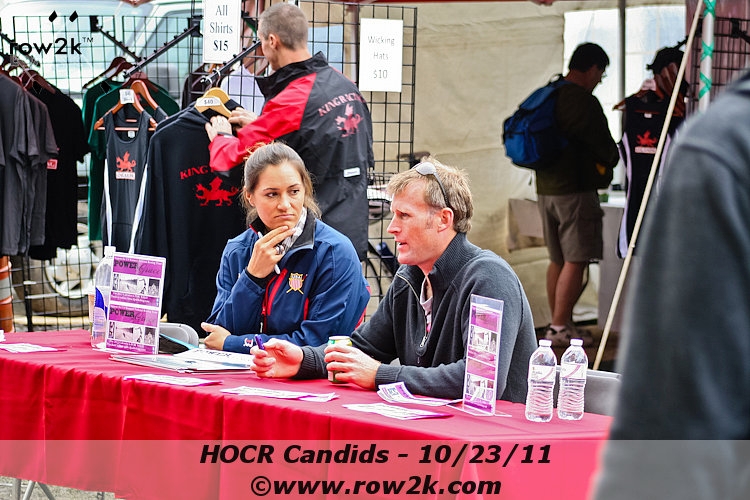 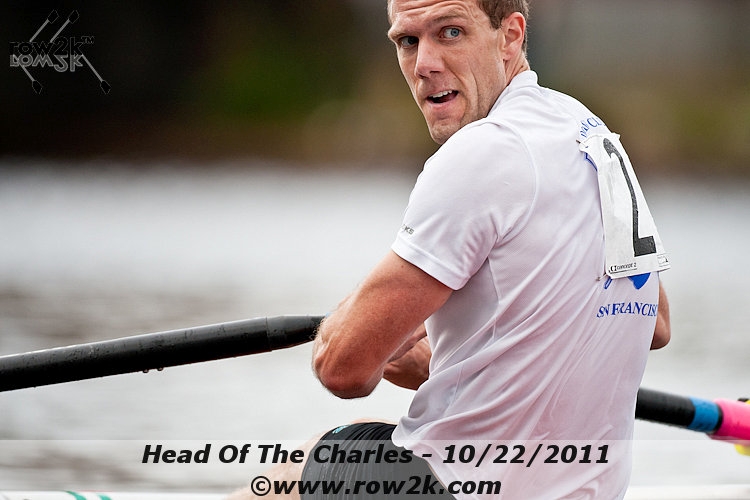 Eton Dorney Reunions in Sweeps & Sculls in HOCR
Get our Newsletter!
SUBSCRIBE
Support row2k!
If you rely on row2k, please support row2k!