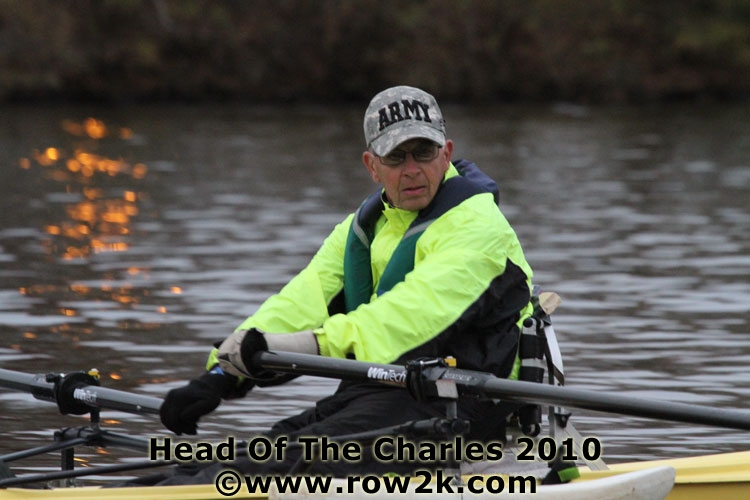 After a routine visit to the doctor's office, Laura Schwanger thought not only her competitive career was in jeopardy, but her life as well.

A winner of 11 track and field medals at three Paralympic Games, the 38-year old Schwanger was diagnosed with breast cancer in early 2006. What lay ahead was daunting: chemotherapy, radiation and the prospect of never competing athletically again.

What Schwanger didn't anticipate was breast cancer paving the way for the new love of her life: rowing.

"I most definitely would never have picked up rowing if I wasn't diagnosed with cancer," Schwanger said. "I learned to row to get my strength back. If I wasn't so weak because of the cancer I never would have started rowing."

Schwanger is one of many adaptive rowers set to compete in this year's new Trunk and Arms Mixed Doubles race at the Head Of The Charles Regatta, October 22-23 in Boston. In 2010, for the first time in its 46-year history, the Regatta featured an adaptive event – the Legs, Trunk and Arms Fours. This event generated such a positive response that the 2011 Regatta instituted an adaptive doubles race for competitors unable to use their legs.

What separates these rowers is an inability to operate the sliding seat to propel the boat forward due to significantly weakened lower limbs, presenting an even greater challenge to an already intimidating three mile competition.

"The initial view was to stay the course [with the LTA Four]," said Jamie Hintlian, chairman of Community Rowing's adaptive program. "But after considering how smoothly it went, we contemplated what other event could be added. One of the more popular and competitive events is the Trunk and Arms Doubles."

An event that draws in excess of 9,000 competitors to the city every autumn will now provide another opportunity for adaptive rowers to shine. Schwanger, who two years after her diagnosis took home a bronze medal at the 2008 Paralympic Games in Beijing, is looking forward to competing in this historic event.

"I can hardly contain my excitement," Schwanger said. "I'm excited about rowing in the first official fixed seat event at the Head Of The Charles. I'd like to kick some butt."

Ron Harvey, an M.I.T. graduate who took home a silver medal at the 2006 World Rowing Championships, will row with Schwanger in the doubles competition. Harvey is thrilled not only at the prospect of racing on the Charles, but that adaptive racing continues to garner more attention.

"I raced in the Head Of The Charles in college in 1992 so I'm just looking forward to getting back on the course," Harvey said. "I'm really excited that there is a Trunk and Arms race this year and that adaptive races are getting more included."

Harvey has never raced with Schwager, but anticipates a smooth acclimation progress once the two begin preparation for the Regatta.

"We have two practice days so we'll have to figure out how to match up with each other and do our best moving the boat," Harvey said. "She's a very inspiring person. She's certainly a competitor. I saw that with her as she was learning to row. She really wanted to put everything into it and learn how to do it as best as possible. She's just a really wonderful person to be around."

The first annual doubles adaptive race will also have a national flavor. Washington D.C.-based Capital Rowing Club, who won last year's LTA 4+ race, and will be back to defend that title, has a boat in the adaptive doubles competition as well. Schwager and Harvey will represent Harvey's Philadelphia Adaptive Rowing (PAR) club, while members of the U.S. Rowing Training Center are making the 1,700 mile trek from Oklahoma City to Boston. Two teams will represent Athletes Without Limits, the Paralympic Military Program, comprised of vets from the conflicts in Iraq and Afghanistan.

"It's going to be a really high level of competition," Hintlian said. "These are rowers who take their training every seriously. They're very competitive, despite the fact that they have certain limitations physically, their spirit and competitiveness is no different. In fact, you might argue it's even stronger."

HOCR Sunday: Chasing on the Charles

HOCR Saturday: Getting the Full Pull