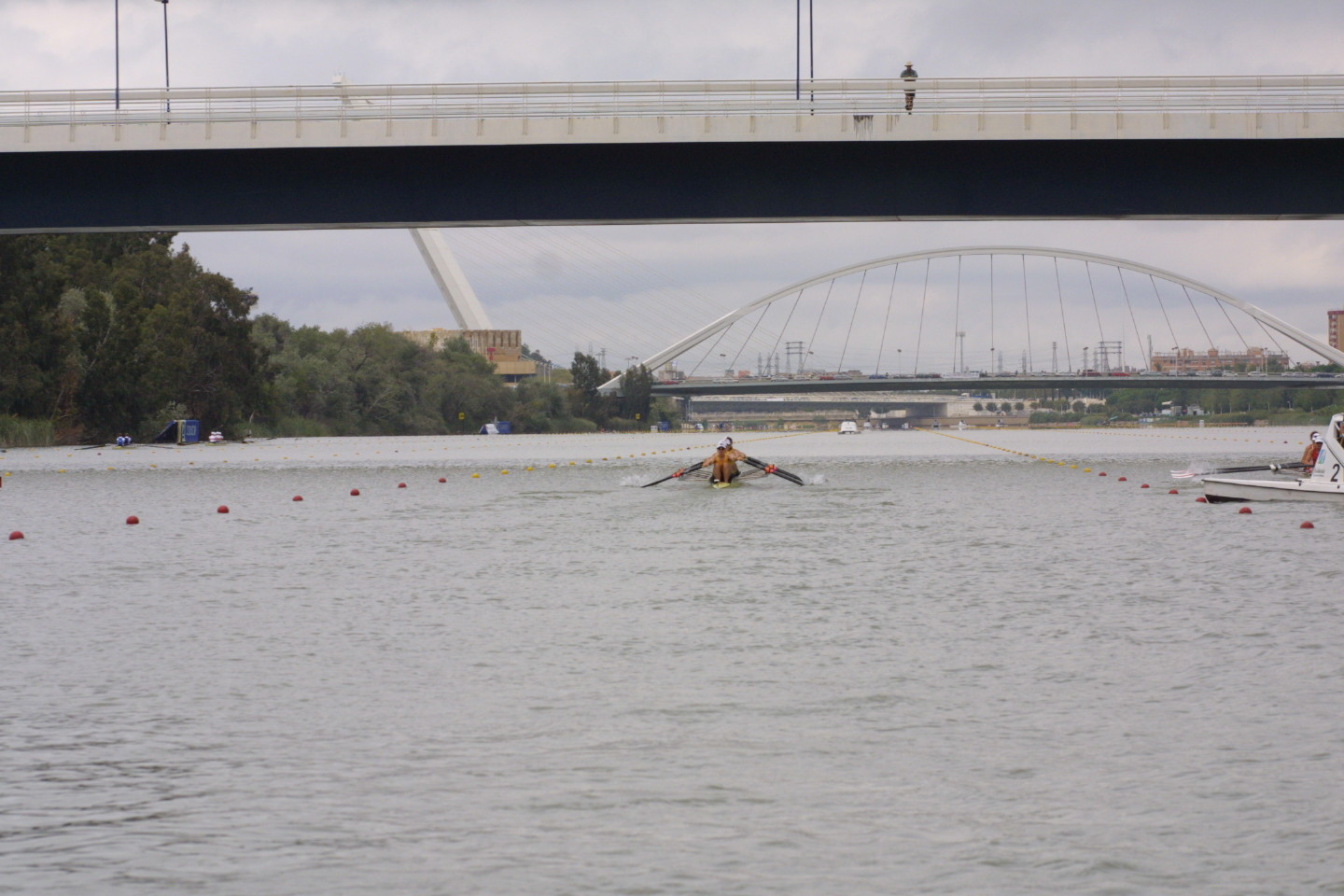 The racecourse in Seville

Flamenco dancers and rowers, at first blush, might seem like an odd pairing. Yet that combination makes perfect sense in the Andalucía region, in the southernmost coast of Spain. With its warm weather and brilliant culture - particularly in the province of Seville - Andalucía boasts the best rowing facilities in all of Europe. With nearly 300 days of sun each year, Seville is a choice training location for rowers, and an ideal escape during the harsh winter months.

The Andalucía Sports Bureau is returning as an associate level sponsor for the 2008 Head Of The Charles. As in 2007, the Andalucía Sports Bureau will have exhibition tents set up along the banks of the prestigious Charles River throughout the 3-mile course to promote travel to the region. Check out their information kiosks at the Regatta to enter a raffle to win a free trip to Spain!

Andalucía lays claim to where flamenco originated, so it's fitting that a brilliant flamenco troupe will perform throughout Regatta weekend! Hear them sing and dance at the HOCR afternoon awards ceremony at the Rowing & Fitness EXPO on Saturday at 5:30PM.

In past years, the Andalucía region has hosted the 2002 FISA World Rowing Championship, the International Federation of Rowing Associates (FISA) Team Cup, as well as its own annual International Regatta of Andalucía, open to seniors, novices and mixed-level sweeps and scullers.

"Andalucía has always been a region with rich rowing history, and we're very excited to have them return as a partner of the Head Of The Charles," said Fred Schoch, Executive Director of the Regatta.

Through its sponsorship at the world's largest regatta, the Andalucía Sports Bureau hopes to increase visibility amongst rowers from Massachusetts, the United States and from all around the globe - promoting Andalucía's reputation as a world-class training and competition destination.

Rowers traveling to Andalucía can temporarily join many of the rowing clubs located on Rio Guadalquivir and can rent eights, fours, and doubles. The fifth longest river in Spain is located in Andalucía. The Guadalquivir begins in the province of Jaén and flows west through Córdoba, then Seville, and drains into the Atlantic Ocean via the Gulf of Cádiz, winding roughly 650 kilometers (400 miles) in total. Andalucía is an amazing place to row!

For more information on the Andalucía Sports Bureau, visit www.Andalucía.org.