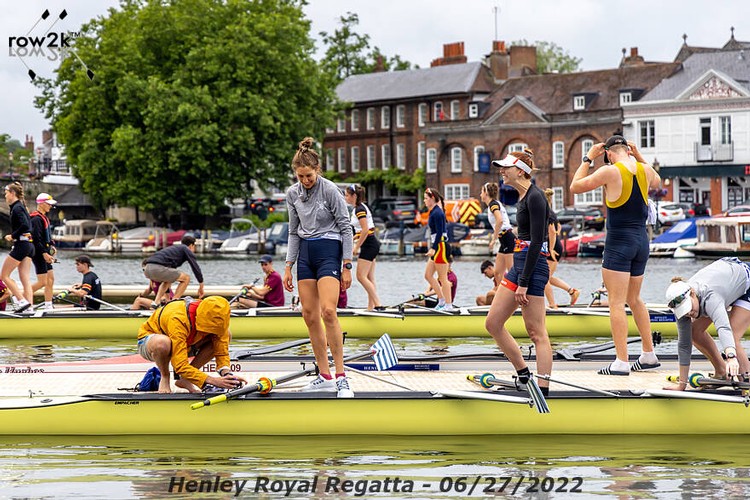 A few notes from one of the last big AM practice sessions here at Henley before the racing commences on Henley's "first Tuesday ever"--here is your look at the big boats and how the opening few races might go for these American crews as things get underway.

With just four crews, the Grand Challenge Eights will not start until we get to Semi-Finals on Saturday. This one should be a crowd-pleaser, as the GB eight which won at the Belgrade World Cup faces off with a new-look USA crew for a shot to take on either Australia or China in the Final.

The American eight will be racing for the first time here, and is not a “finalized “crew, not with the US Team literally at the midpoint of the new Selection procedures: the athletes in the mix for the camp boats head to a second round of selection after this European tour. That said, the crew features the top US men who have emerged from the small boat focused selection thus far, and includes Olympians, the M4- which made the A Final in Poznan, and the World Cup bronze medal pair including Justin Best. 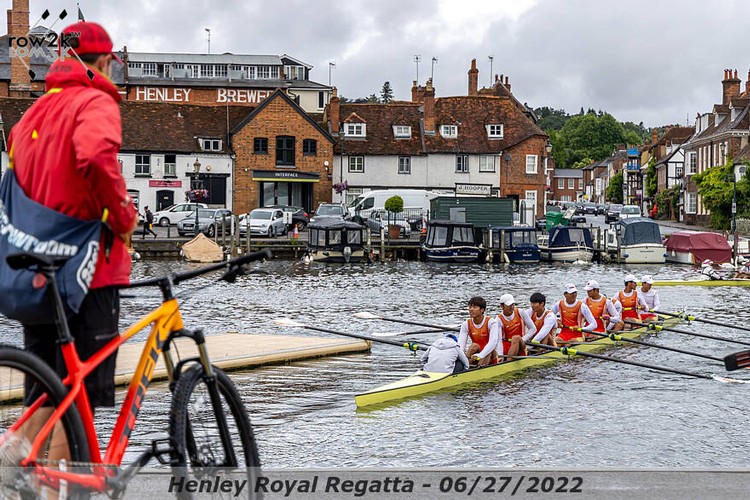 Once the only Women’s Eights event, the Remenham event has been a mix of international, U2, and university eights in the past, but the addition last year of the Island Challenge Cup for college eights, the Remenham is now much closer to the pedigree we see in the Grand on the men’s side. The universities are largely gone to the Island—with one notable exception in UW—the crews in this event are full of senior internationals and U23 medalists.

The University of Washington is the lone US college to remain up in this now-rarer air, as the Huskies opted to keep their 1V together with a few athletes too senior to race the college event. "Too senior" here means they have 4 U23 medalists and their Italian Olympian--Aisha Rocek--aboard but, even with all the hardware in the Husky eight, they may have a tough ask here, drawing the Australian Eight, in the 1st round.

The Aussie Eight and the three other national squads will be the story here, as in the Grand, but they will get to make their way towards each other through five other crews. The US Women— an in-selection crew, as with the men—are on the same side of the draw as GB, while China will await the winner of the Australia-Washington duel if things go to form. 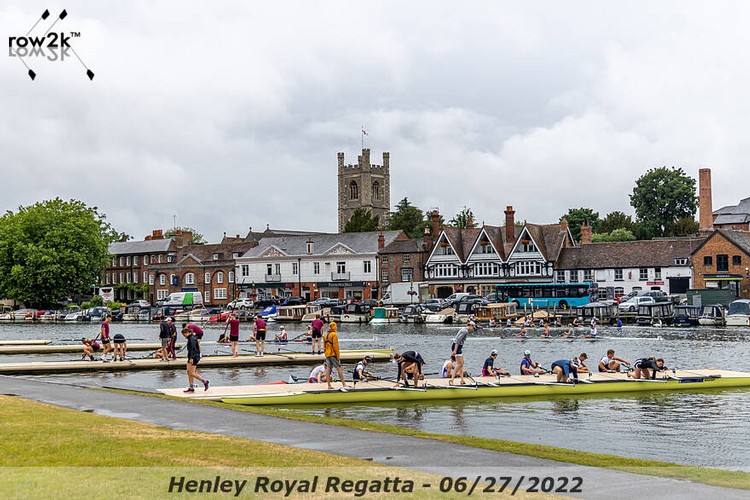 Yale’s top crew here opens against the combo crew from Molesey B.C. & Merchantile R.C. (AUS) and could have Leander, a fellow selected crew, in their semi. The other half of the draw features IRA Champions Cal, who could face either Dartmouth or the Dutch crew of Njord & Maastricht SS in the semi round.

Yale’s Lightweights figure to get an early test, with Washington just next to them in the draw. If Yale’s Sprint Champs dispatch Santa Clara in the opening round and Washington--a crew of IRA medalists--edges Cambridge, two of the strong US Temple Crews will have each other to contend with. Oxford Brooks B and Nereus also lurk on that half of the draw, while the Cal Freshmen may be among the stronger entries in the second half of the bracket, save of course for Oxford Brooks A, who could face the Bears in a Temple Semi.

The Georgetown Lights could see that Brooks crew in a second round race, while Drexel, the Dad Vail Champ, will have to get by Oxford Brooke’s C entry on the first day to advance. Both Yale B and Bucknell have their work cut out for them, facing selected crews to start, though, of course, getting past those crews would open things up for them. UC Irvine could be a second round opponent for Yale “B”, if the Anteaters can best Shiplake to start the regatta. 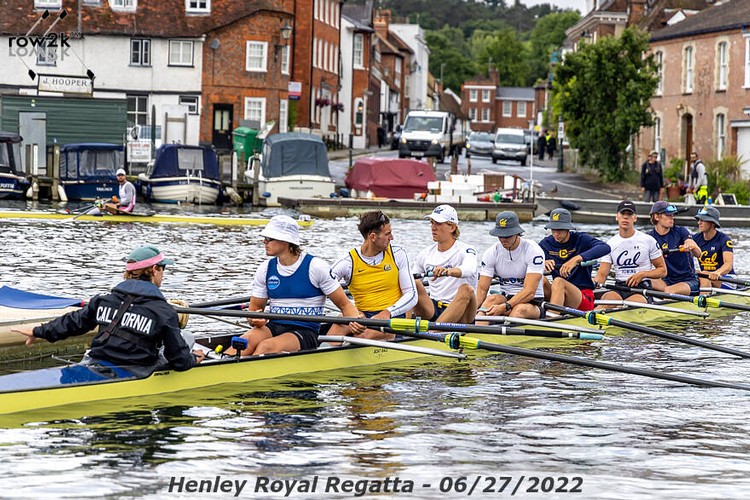 With three of the five US university eights--Cal, Yale, and Henley Women's winner Brown--on the selected list and awaiting first round winners, the racing will start with Princeton's crew of 2022 seniors against the University of British Columbia and Washington's second eight and Edinburgh's "A" entry. Princeton's reward should they win? A second round match-up with fellow-Ivy Leaguers Yale, and the winner of that rematch will see Washington in the third round--if the Huskies can beat the Dutch crew from U.S.R. Triton Laga.

That's the bottom half of the draw: up top, Cal will get the winner of Sydney (AUS) and Edinburgh "B" and Brown starts against New Castle University. The third round puts both against other selected crews: Cal could have Oxford Brooks "A"--here no doubt to redeem their first round exit at Henley Women's regatta--and Brown would see the Dutch from ASR Nereus. Cal and Brown could meet in the semis, in a race we did not get to see at Henley Women's when Cal went out early to Thames RC, but will not see any of the other US crews until Finals day at the earliest.

The first of the two selected PE Crews, Brunswick, opens against Westminster School but it will be the third round's potential match up gainst the winner of the possible second round match-up between Radley College and St. Edward's School that will be Brunswicks first big test, if the NEIRA Champs are on form here.

Eton College, the odds-on "favourite" to repeat as PE Champs here, are in Brunswick's half of the draw and the Etonians will be the formidable first round for for Groton's eight. 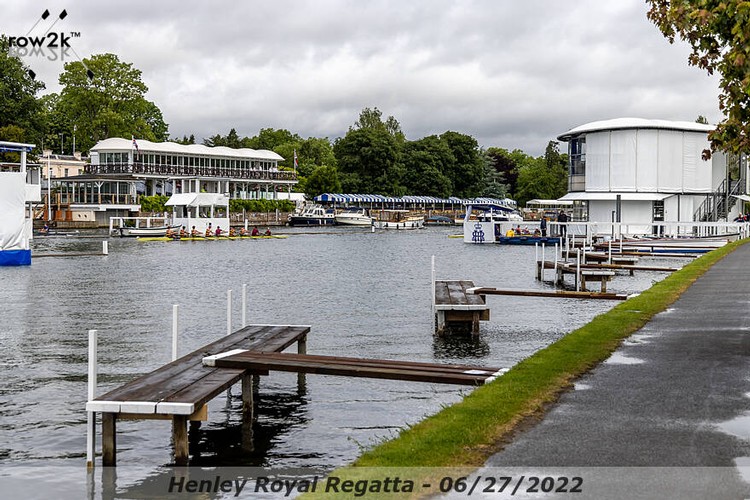 Wilson HS, the other selected US crew, also has a third round challenge looming: King's School Parramatta, the cream of the Aussie schoolboy crop, would be the Tiger's foe should both get that far. Wilson's route to that showdown would require wins against Reading Blue Coat School on Tuesday and then against the winner of Norwich School and Winchester College in the second round.

Brooks School drew Hampton School in their first round, and they could get a shot at the King's School Australians in the second round if they win--and if King's College seed off Abingdon School.

Winter Park, now a selected crew having proved their mettle in the Qualifying races, starts against Tideway Scullers, but will have a stern test against also-selected Headington School in the second round.

Green Lake, who went out against the Irish from Eniskillen Royal Girls School at Women's Henley, gets St. Edwards in their first round--who beat the Eniskillen eight in turn at HWR.

Riverside Boat Club will now race their full Henley squad in the main draw with their "B" crew's Qualifying result. Their "A" crew--who likes to go by "the Meatwagon" and won the Club Eights division at the Head of the Charles last fall--starts against Cambridge 99, while the "B" crew gets the selected Germans from Munchener Ruderclub von 1880 (GER).

Riverside's women--nearly the complete crew that, like the RBC Men, won the Charles, save one--start out against Upper Thames. Having schooled the club eights on their home river back on Boston last fall, the Stripes will be hoping to turn the tables on UTRC, the home stretch crew here. 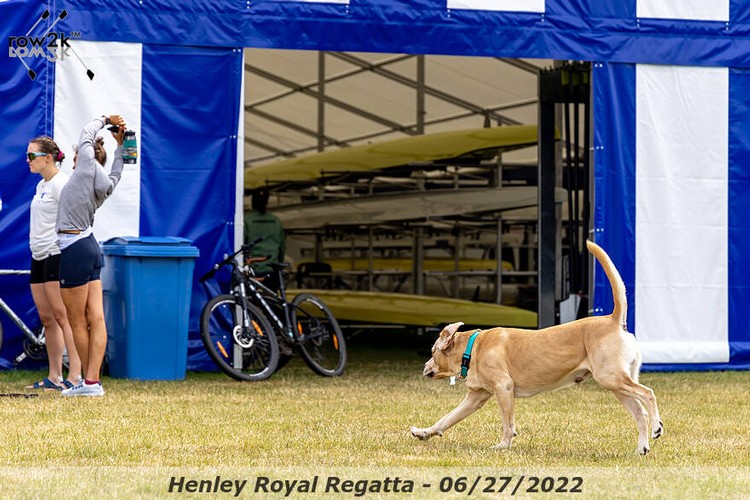 After some 183 years, there has been a major change here at Henley Royal—-and we are not talking about the women’s events, the drones, or even the occasional permission to be blazer-free that seems more freely given of late. No, this is about the oar racks: after near-on two centuries of horizontal storing of oars, and the classic "we're at Henley" shot you could get of mixed blades, oar storage has gone vertical. The reaction from coaches in the tent? "Mixed," according to one anonymous coach on the towpath.

Super spares: After mentioning that many of the small boats from the big US university programs are likely spares for the big boats from those schools, it should be noted that at least a few of those lineups are actually athletes too senior to row in their spring lineup and still have the crew remain eligible for the college races. The Yale Women's Pair, in particular, features both a U23 silver medalist--GB's Lucy Edmunds--and Katie King-Smith, the local girl who has already won Henley once, helping Leander to the 2021 Wargrave Challenge Cup during her year-away from Yale. Neither can row in their Yale eight under the Island Challenge Cup rules. 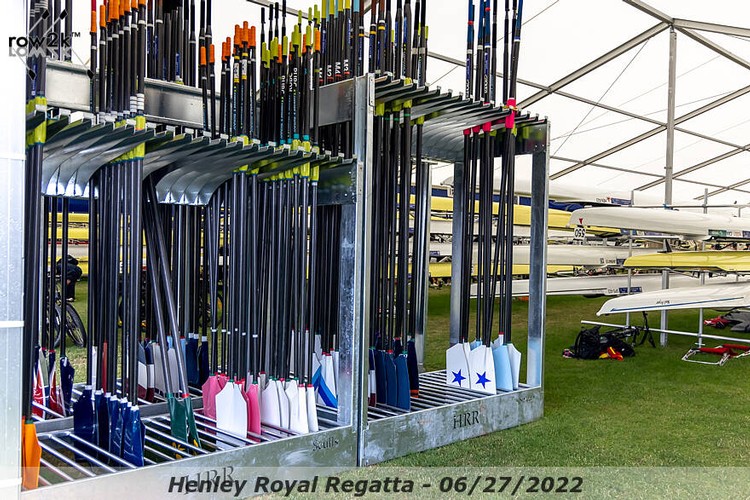 ...and likely built to last for the next 183 years.
back to top
Henley Royal Regatta Features 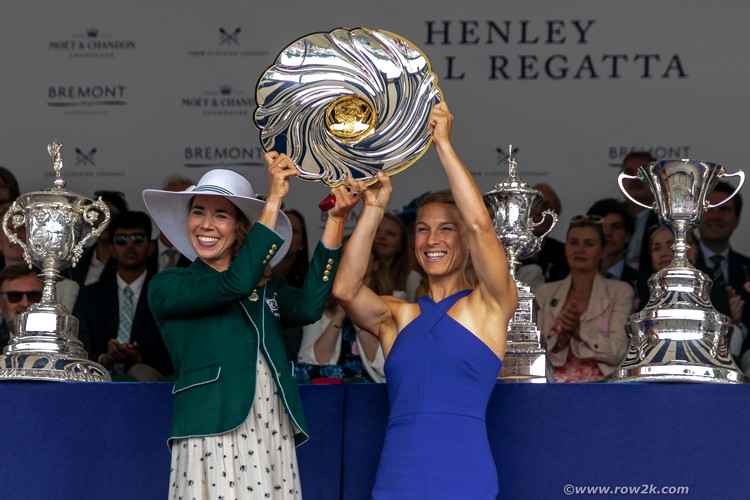 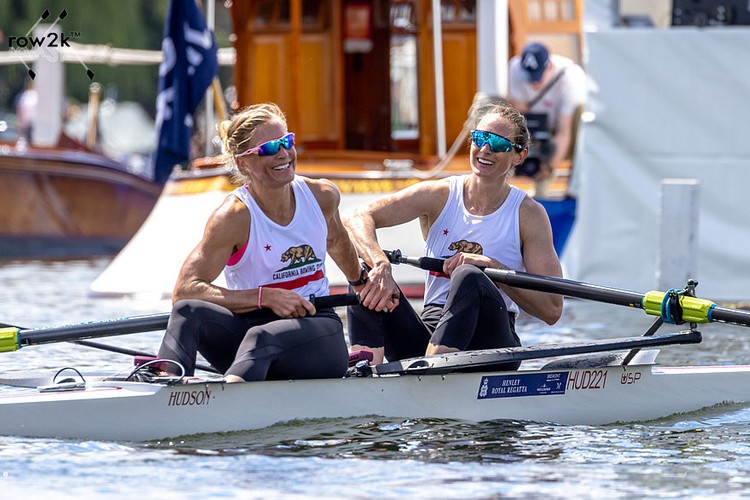 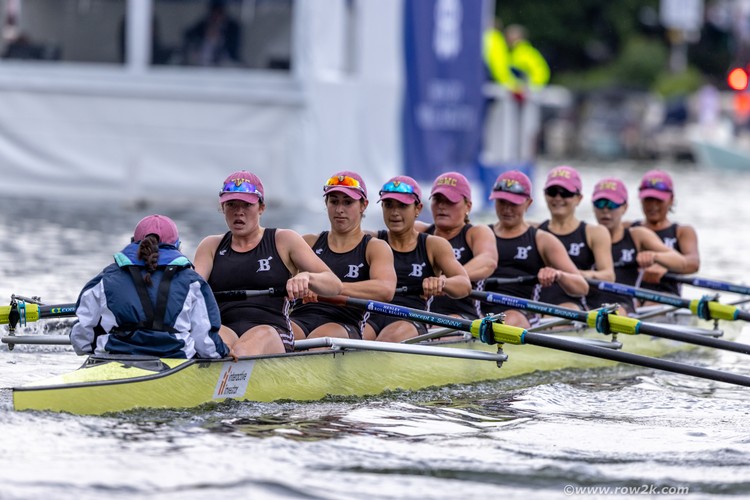 Henley Royal: Even Dozen In the End - Saturday Evening Report 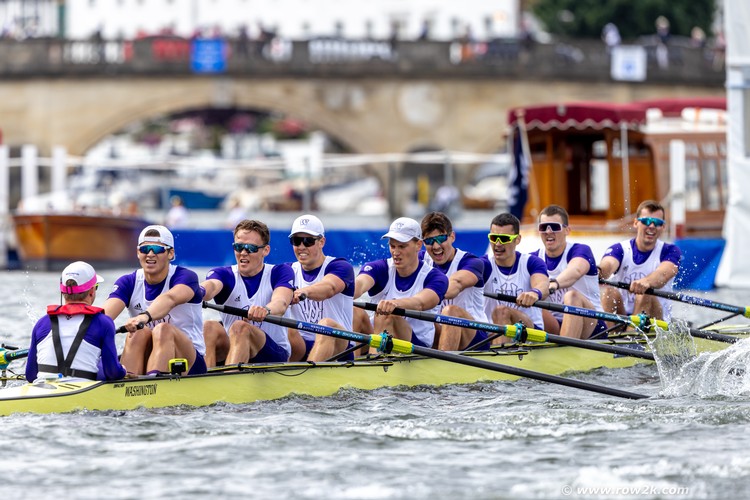 Henley Royal: Making it to Sunday - Saturday AM Report