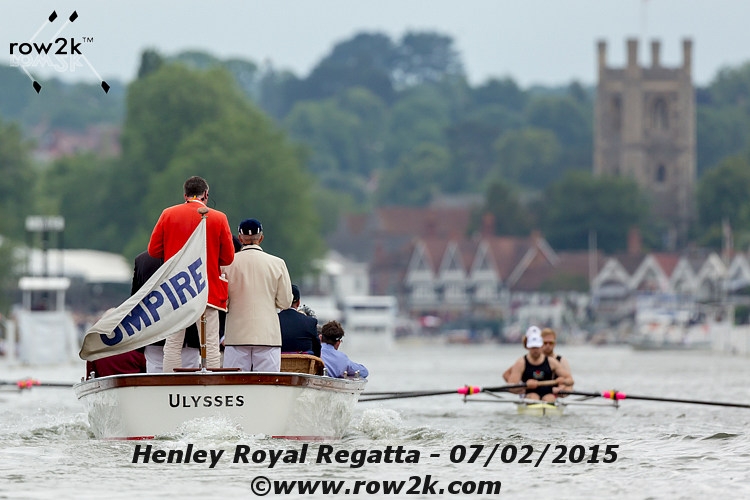 Is it Henley Yet?

2016 Henley Royal Regatta receives a record number of entries underlining its position as the World’s most prestigious regatta.

629 crews have been entered eclipsing the previous record of 552 set in 1998 International entries have also defied previous records with 165 crews entered for this year’s event against a 2012 high of 133.

27 nations will be competing for honours – another Henley record which overshadows the 2013 best of 22 nations.

Reigning Olympic Champion Mahe Drysdale (New Zealand) will be looking to make it six wins in The Diamond Challenge Sculls – which will equal Australian Stuart MacKenzie’s record of more than 50 years standing – before he heads off to the Olympics in Rio. However he’ll face stiff competition not least from Dutch sculler Stefan Broenink who came fourth at the last World Cup.

Other Rio-bound crews honing their preparations at Henley Royal Regatta include the Dutch eight, the winners of the first two World Cup races this year who will contest The Grand Challenge Cup as well as the Dutch pair and the Dutch four.

With the British Olympic team away on their preparation camp for Rio, there will still be strong representation from GB rowers including the lightweight women’s quad who took the silver medal at last year’s World Championships and contains former World Junior Champion Jess Leyden.

The talented GB double of Jack Beaumont and Nick Middleton continue their development on the international stage competing in The Double Sculls Challenge Cup having made two World Cup finals this year.

The entire German U23 team will be competing which sets up a number of potential head to heads between Germany and GB crews not least in The Remenham Challenge Cup for women’s eights. Dutch club Amsterdamsche Studenten Roeivereeniging Nereus, winners of The Temple Challenge Cup last year, will this year be represented in The Ladies’ Challenge Plate.

In the school races, Westminster will be looking to avenge their 2015 defeat by St Paul’s who beat them in The Princess Elizabeth Challenge Cup ending their hopes of a triple crown. Westminster will arrive in Henley having already won The Schools’ Head and National Schools’ determined to secure the triple this year.

Claires Court School are also going for the triple this year aiming to add The Fawley Challenge Cup to wins at The Schools’ Head and National Schools’.

“I am delighted not only with the number of entries but also the incredibly high standard of crews at every level,” said Sir Steve Redgrave, five-times Olympic Champion and Chairman of the Committee of Management of the Regatta.

“Personally I am looking forward to seeing the men’s double sculls having seen the GB boys come through the ranks and Jack recently made two World Cup finals in a day after being subbed into the quad and winning a silver. There’s a strong chance they’ll meet the Belgium Lightweight double which will make for an outstanding race.

“The Queen Mother Challenge Cup has this year attracted record entries and we’ll have four overseas crews along with four GB crews and some serious competition.”

Once again the gladiatorial style of head-to-head races on the famous 1 mile 550 yard-long course will be seen beyond the hundreds of thousands of spectators who line the river bank as every race at the Regatta is live-streamed around the world on the event's official YouTube channel.