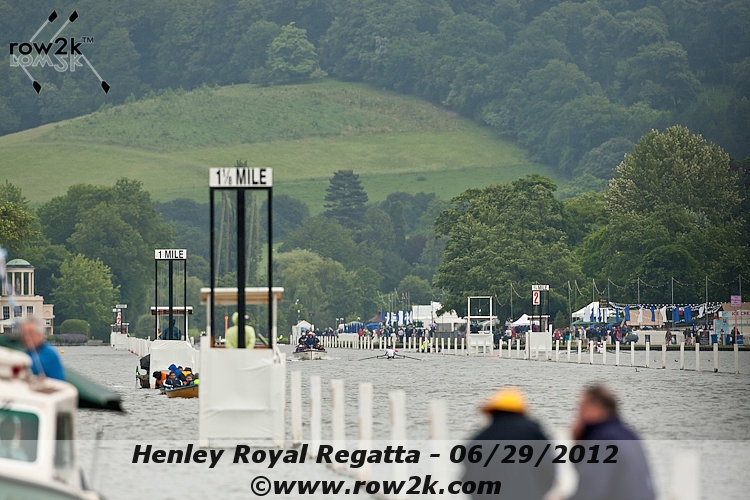 Australia showed their strength today at Henley Royal Regatta as a squad of young rowers won four races in as many events on a windy day three.

The NRCE ‘A’ eight in the Grand beat the Dutch national lightweight eight, Hollandia, by 3 ¼ lengths despite having to make a late substitution. James Medway joined the crew, and swapped sides, just hours after his Harvard University ‘A’ eight were beaten in a close contest by the University of Washington in the Temple Challenge Cup.

Their men’s quad dominated another Hollandia crew, Dutch junior squad members, in the Queen Mother with a clean, crisp display; the women’s quad knocked out Nottingham RC and the women’s eight beat a German crew from Munchen and Hurth by 3 ¼ lengths.

Oxford University coach Sean Bowden had a stark message for his next Boat Race squad after a coxless four comprising senior squad members conceded a length’s lead in the Stewards’ Challenge Cup to lose to Norske Studenters.

However, he was pleased to see the return to top-level competitive rowing for Alex Woods, now fully fit almost three months after collapsing at the end of a dramatic 2012 Boat Race.

“It shows there’s a level of rowing we need to get to. We're not as good as we would like to be or need to be,” said Bowden.

“We did pretty well in the first three minutes but the wind really intensified and we just lacked composure.”

Sydney Olympic champion Rowley Douglas coxed Molesey and Oxford Brookes to a fine victory over an American veteran crew from Penn in the Ladies Plate.

Late in the day, the juniors of Westminster School and Marlow RC served up a thrilling race in front of the Stewards’ Enclosure, Marlow ‘A’ rowing through the school crew late on to win by a length.

Schoolgirls raced at Henley Royal Regatta for the first time as the new Junior Women’s Quadruple Sculls got under way on a rainy morning.

Nottingham RC beat Walford Anglican School of Australia in the first race and Henley Rowing Club – one of the favourites - beat Headington School by 1 ¾ lengths in the following heat.

"A number of the men's crews were looking at us as if to say, 'What are girls doing here?" said 17-year-old Joanna Unsworth, who rowed in the three seat for the local crew.

Mike Sweeney, Chairman of the Regatta, said of the event: “We are confident that it will establish itself very quickly. We’re pleased with the 15-boat entry this year [which was reduced to eight by qualifying races last week] and think the quality of racing so far has been good.”

The coxless fours from Tideway Scullers’ School and Nottingham RC ‘A’ will reprise last year’s Wyfold Challenge Cup semi-final, while Star Club – featuring three beaten finalists from last year’s eight – take on ANA RC of Australia. Star and Scullers also have coxed fours in contention for the Britannia Challenge Cup, having been given a day off on Friday.

Four Henley finals to pit British crews
Get our Newsletter!
Enter your email address to receive our updates!