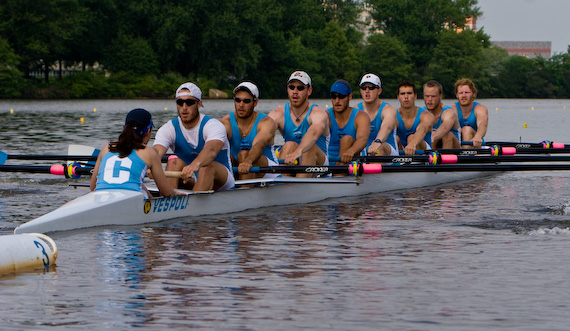 Following their 6th place finish at the IRA, the Columbia heavyweights are making their first appearance at the Henley Royal Regatta

With the Olympics looming just six weeks away, most Olympic crews (USA M2x of Hovey/Piermarini being one exception) are training hard through this year's edition of the Henley Royal Regatta. With racing kicking off at Henley-on-Thames on Wednesday, July 2, lightweight IRA champs Cornell and heavyweight darling Columbia lead a strong contingent of American crews. The controversial USC heavyweight boat is finally making their debut in the Grand Challenge Cup and features six Estonian rowers that finished finished fifth at last week's Olympic Qualification Regatta in the Men's 8+. More coverage to come next week. Here's the first batch of relavent links below: