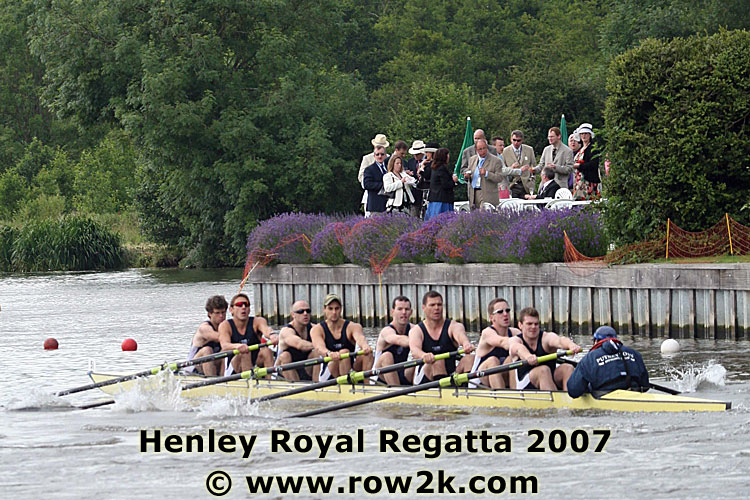 Brown blasting away at Temple Island

The first day of the Henley Royal Regatta was marked by the dramatic decision of regatta organizers to allow Wellingtons (aka Wellies) in regatta enclosures due to muddy bank and expected rain during the day. This was breaking news on the BBC, as tradition plays a major role in Henley goings-on.

Di Binley, a local rowing kit (read: gear) vendor that has a lovely spot by the sidewalk-to-woodchip-and-mud transition point chimed in with a somewhat mystified: "if someone came in shoes they just didn't read the website, then," but still offered colorful wellies in her tent for sale. Ah, apparently your reporter didn't heed the warnings, chose the wedge option, and slid her way up to Temple Island for a quick view of US Crews managing the Bucks to Berks wind and current that stirred up there - which Brown heaved right through shortly thereafter - more on this later.

The weather continues to be a part of the news. Mud, wind, current, and the usual Bucks-Berks station hubbub keeps the banks of the Thames lively with conjecture. "You think they can pull it out from Bucks, do you?" Not a current trend, pardon the pun.

Commentary from the shore is filled with absolutely brilliant Bristish-isms. The tune of the morning was summed up by this UK rowing club member: "they look a might bit scrappy, if they would just neaten up a bit that would be better, yes?" Makes less measured race reviews from the banks seem quite harsh.

The amazing roster of US crews started with an outcome in the "W" column, with Cincinnati Junior Rowing Club taking Mortlake Anglian and Alpha Boat Club by about a half length. The trend continued as Thomas Jefferson won "easily" (the most horrible news for the opposing crew, means a right-good beating). Thomas Jefferson is undefeated this season, including wins at Stotesbury and Scholastic Nationals, and most of their graduating seniors are going to top programs in the fall: Washington, Yale, Princeton, Cornell and Cal.

Brown and California continued on the tenor of the day, as they won "easily" over Jesus College, Cambridge and First and Third Trinity, Cambridge respectively. Brown looked like they owned the race after 30 strokes - they emerged from the shelter of Temple Island and just rowed on, enjoying a brief break from the bluster that blew across the course on and off through the day. Cal rowed in light rain in little wind to "win at their leisure" as the official regatta results conclude. As they passed the grandstand they were at a low 29 rating and cruising by their fans, who were beaming and enjoying their stay at Henley.

One of the more significant match-ups of the day was the Dartmouth-Georgetown brawl-- besides the neighbors St Paul's-Belmont matchup in the PE, the only other US-US draw of the day - according to official race notes, they were "closely matched," but the judge did make the subjective comment that Dartmouth began to "show signs of pressure" at about half-way down the course. Georgetown won from Bucks, making the win even more significant. Earlier in the schedule the sun shone as Cornell, also racing from Bucks, rowed by Durham University to win by two lengths in the first round of the Temple Challenge Cup.

New York Athletic Club had an interesting race in the straight four. Views from coaches and spectators on the banks were of this sort: "coxless boats will have a struggle." Luckily for NYAC, it was local Henley Rowing Club that hit the booms, and the result was "Not Rowed Out" but it was closer than the NRO might suggest, offered the official.

Winter Park Crew 8 racing for the Prince Elizabeth Challenge Cup and Colgate's B 4 racing for the Prince Albert Cup were the only losses in the morning schedule for the Yanks. Colgate's race was close, but Imperial College won this match. Winter Park, who has provided quality opposition for Thomas Jefferson during this season, lost a heartbreaker to St. Ignatius, Australia. The Australian crew had a stronger start, but Winter Park put up a fight going by the stands, ultimately the Aussie crew pulled away for a sound win by two lengths.

Throughout the morning, little bouts of rain hit the course; the early afternoon is leaning toward wind as the major player. A downpour came right at lunch break, spurring an impressive sprint by spectators in the Regatta Enclosure into the caf? tent. The squall was gone as quickly as it arrived, and folks were outdoors enjoying their Pimms straight away.

After a footwear change, your correspondent is back in action for the afternoon session, more later. 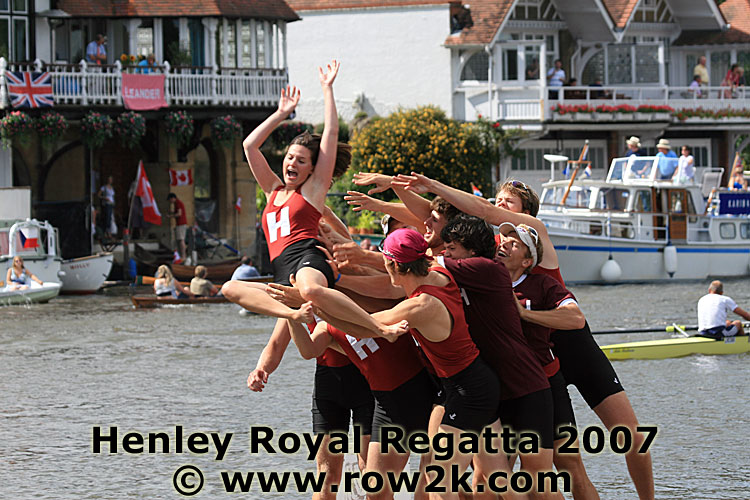 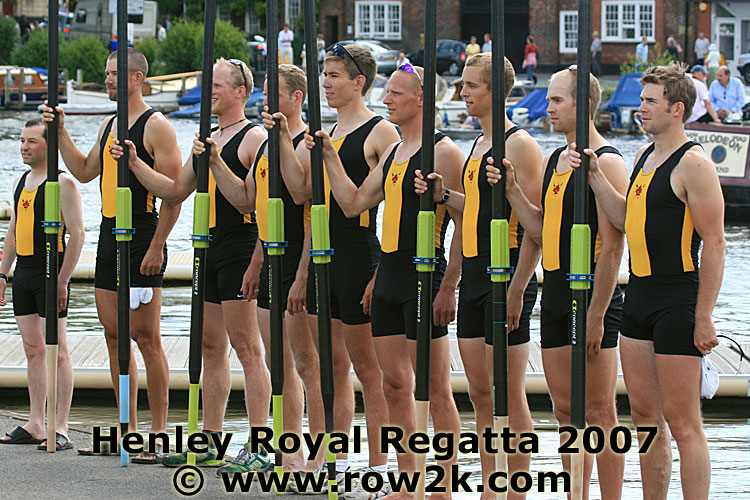 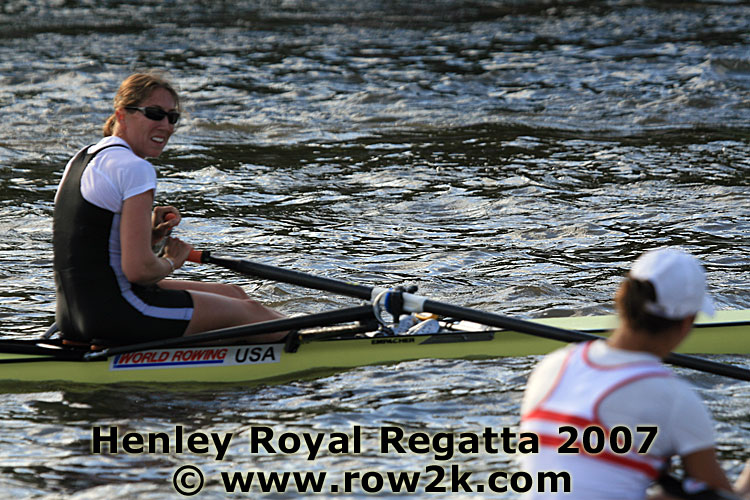 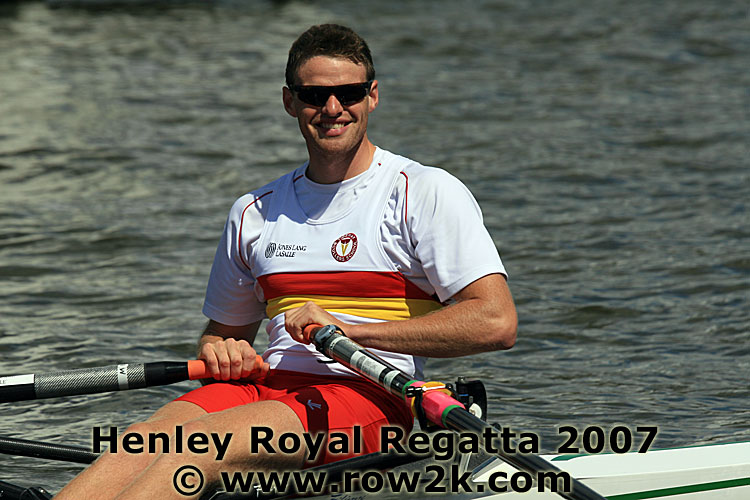